How Much Do You Know About The Luibeilt Case Investigated By Danny Robins In 'Uncanny'? 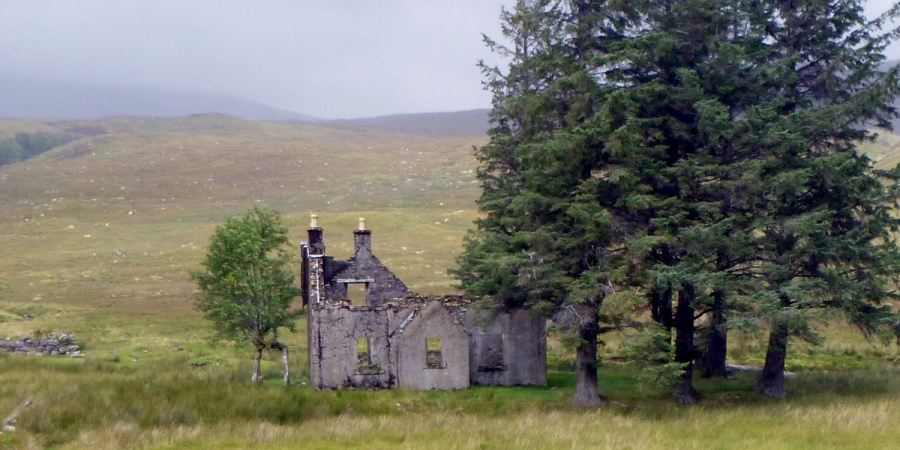 Photo: © Mark Horrell
Over Christmas Danny Robins brought us a two-part special of 'Uncanny' in which he investigated a story that took place in 1973 and involved two young climbers who spent the night in a remote cottage in the Scottish Highlands.
Phil Macneill and his friend believed the cottage to be abandoned, but soon found that something very frightening lurked inside. This night in the haunted cottage was just the beginning for Phil, in part two we heard about the bizarre and terrifying incidents that haunted Phil for the rest of his life.
Having digested all this information about the case and the thoughts of Danny's expert guests, how much can you remember about Phil's story and the curse of Luibeilt? Test your knowledge with our tricky trivia quiz...

1. What was the name of Phil's friend who he visited the cottage with the first time?

2. What was Luibeilt's original use?

3. Luibeilt lies in the shadow of which mountain?

4. When Phil first entered the bothy, the table seemed to have been set for Christmas, this included what?

5. Which of these random objects was NOT in the empty bedroom with the dismantled metal-framed bed in it?

6. What instrument did Phil's friend play in the living room before they went to sleep?

7. Where did Phil first hear the unexplained noises on his first night at Luibeilt?

8. Why did Ciarán O'Keeffe feel a personal connection with the case?

9. What was significant about the staircase in the bothy?

10. What did Phil grab to use as a weapon as the threatening sounds approached the room they were in?

11. Ciarán mentions a similarity between Phil's case and another haunted bothy in Scotland, what is it called?

12. After fleeing the cottage and looking back at it, what did they noticed had changed about the upstairs window?

13. How long did Phil say it was before he slept with the lights off after his experience at Luibeilt?

14. Phil's apartment in Glasgow stands on a street which is famous for paranormal activity, what is the street called?

15. In which room of Phil's Glasgow apartment was there a secret passageway?

16. What did Phil find under his carpet in Glasgow?

17. What unexpectedly smashed in Phil's apartment, causing him to flee through a window?

18. Another famous poltergeist case took place on Gibson Street in the 1950s when a group of students witness what moving on their own?

19. When Phil returned to Luibeilt in 1975, which of these phrases were NOT written on the walls?

20. Phil recently returned Luibeilt as part of the podcast, but how long has it been since he was last there?