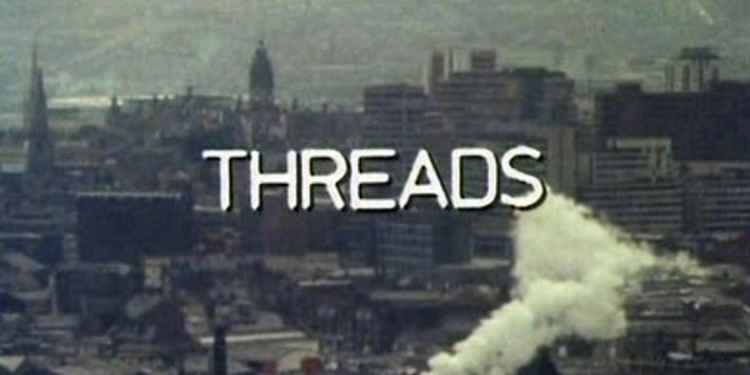 If you're not familiar with 'Threads', it's a dark docudrama which was aired by the BBC in 1984. It depicts the harsh and terrifying realities of a nuclear attack on the UK.
The strike's epicentre is the working class city of Sheffield, which was deemed to be a high risk target during the Cold War due to its industrial importance to the country.
At 8:30am on 26 May, 'Attack Warning Red' is transmitted and with air raid sirens whaling, the city's official are forced to establish a makeshift bomb shelter in the basement of the town hall. From here they hear the shocking news that a Soviet warhead has detonated high over the North Sea, producing an electromagnetic pulse which destroys communications and most electrical systems across the country.
Sheffield is soon struck by a one-megaton warhead which air bursts directly above the Tinsley Viaduct. The drama then follows the efforts of the city's emergency operations team in their shelter, the plight of the population of the city during the nuclear winter, and the eventual long-term effects of nuclear war on civilisation.
The show shocked tens of millions of UK viewers and four months later, it was broadcast in America and became one of the most watched basic cable program in history.
"We'll be having our Threads tweetalong at 8pm on Tue 2nd Jan. We'll all press "play" at 8pm and watch it together, tweet our horror and anecdotes, and share the experience using #ThreadDread hashtag. Pls RT, as it's too scary to watch alone."
@JulieAMcDowall
Julie McDowall, who is currently writing a book on nuclear war, has tweeted a request for her followers to rewatch the show along with her early in the new year.
She tweeted, "who wants to join our Threads #tweetalong? I need to watch it for work reasons and dread watching it alone, so let's watch together and tweet our horrified reactions and thoughts."
Almost 34 years after it was originally shown on the BBC, the film has been fully restored for the first time ever from a 2K scan and will be available to buy on Blu-ray from the end of January via Severin Films.
'Threads' has been described as "the most terrifying and honest portrayal of nuclear war ever filmed" by The Guardian, so it's no wonder that Julie is appealing to other "nuke geeks" to keep her company as she watches the show to collectively to share the pain.
So, if you want to be a part of the tweetalong, get yourself comfy on the evening of Tuesday 2nd January, and click play on the film at exactly 8pm.

Originally produced by the BBC, Threads is a shattering speculative tale the onset of World War III, and the horrors of the post-apocalyptic society that struggles for survival. The film takes place in the ruins of Sheffield, a British working class town.

Despite the fact that the world seems to be falling apart all around them, a young couple (Karen Meagher, Reece Meagher) intend to go ahead with their upcoming wedding. As the date draws near, however, simmering international tensions soon erupt into global thermonuclear war.

In the devastation that follows, the apocalyptic erosion of society sends mankind hurtling back hundreds of years into an age where famine, strife, pestilence, and death wash over the land like an unrelenting flood of venomous bile.