Why Are There So Many Time Travellers In The News In 2018? 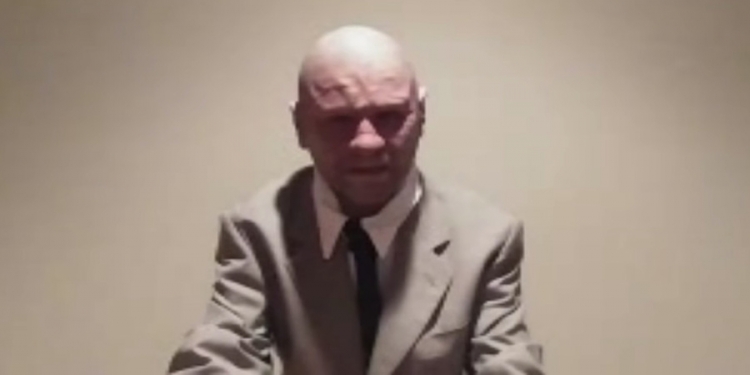 Photo: youtube.com
In 2000 and 2001 John Titor rose to fame after making the claim online that he was an American military time traveler from 2036. Since Titor fooled the world, very few have tried to copy his story, due to the fact that it's just obvious.
But over the last six months, we've seen an apparent surge of people coming forward to claim that they are time travellers from the future. So, why are so many time travellers visiting 2017/2018? Is this period some kind of hub known to the time travelling community? Perhaps there's a time travellers convention in town? Or perhaps someone is trying to cash in of the viral nature of these claims, which are often made in YouTube videos.
In the last week alone hundreds of stories have been published on website and in newspapers around the world, here are just a few of the type of headlines that have been popping up.

Time Traveler Who Has Been to The Year 2118 Speaks Out

The first, and still most popular video of its type, featured a man calling himself Alexander Smith. In the video he sits in front of a camera and tells his story of his visit to 2118. Alexander says he was recruited by the CIA in 1981 to work on a secret time travel project.
Although the video has notched up almost seven million views, Alexander didn't get any mainstream press until he showed a poor quality image of 2118 in a follow-up video.
The day after Alexander's original video was posted, another time traveller came forward who called himself Noah.

Noah's story quickly made it into newspapers around the world. He claimed, although he looks like a teen, that he is 50-years-old and has taken secret drugs to restore his youth. Noah claimed that he is from 2021, but travelled forward to 2030, before being stranded in 2017.
His story is full of holes and he has nothing to back it up, but he made several claims about the future of mankind, including that virtual reality will be more popular, there will be more wearable technology, electric cars will be better, and that in 2021 Donald Trump will still be president after winning another term.

What a lot of people reading about these video in the press might not realise is that all of these videos are uploaded to YouTube by the same people. A channel called ApexTV and its sister channel, Paranormal Elite. After the success of Noah, the channels have been desperately trying to replicate his success.
In fact they have been uploading so many videos that one prominent comment on the channel's most recent video reads, "Hey, Paranormal Elite: do you know anyone who ISN'T a time traveler? Is there a club or something where they all congregate?  Why do they seek YOU out?  Do you provide them with contraband substances at discount prices?﻿"
The most recent video features a time traveler from 2075 who talks about an inevitable WWIII. Since Alexander's video there have been over 15 time travellers who have come forward through the two channels. Some claiming to be from as far into the future as the year 10,000.
What do all these videos have in common? Well, other than being made by the same people, who by the way sounds remarkably like LeafyIsHere. They all feature time travellers who are so scared for their safety that they use an alias, they have their faces pixelated and their voices altered. Why all this anonymity? It's apparently because they're breaking rules by revealing they're a time traveller.
But... so what if they are? Why are these people risking their lives to convince us they're from the future? If we all believe them, then what? Does it some how help them? Help us? Help humanity? It doesn't make sense that they would risk their lives to be featured on some YouTube channel surrounded by a load of fake paranormal videos.
There's no denying these videos are hoaxes, let's take 'Time Traveler Took This Picture in The Year 10,000' for example, which apparently shows a time traveller who has been 8,000 years into the future.
If you went that far into the future, you wouldn't understand a word anyone was saying, language would be very different and the frames of reference would be totally alien to you. Think of it this way, if you went back just 200 years and described someone's new t-shirt as "awesome," they wouldn't have a clue what a t-shirt was and what you meant by awesome in that context.
But 8,000 years into the future in the year 10,000, language would be meaningless to you, there would be thousands of new words describing new technologies and lifestyles that you can't even dream of. It would be very hard to have a conversation. It would also be hard to grasp what is going on around you.
Just look how much the English language has changed over the last 1,000 years in this verse from the Bible... 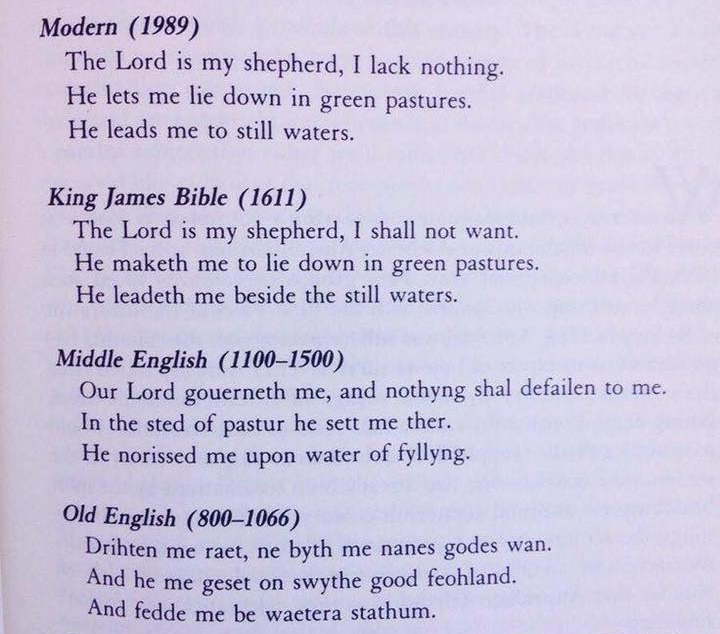 If you brought someone from 8,000 years in the past to today, they would be terrified. They come from a time where civilisation as we know it is new, early agriculture has just started and humans have only just learnt how to build using stone.
If all that has changed in the last 8,000 years, imagine what life would be like in 8,000 years from now, you can't.
As these videos are so clearly fake, we shouldn't be asking why are there so many time travellers in the news in 2018? The answer to that is obvious. People are making the videos because one was successful, it made them money, so they kept going. The news reports on it because it brings visitors to their websites, which brings them money through advertising.
What we should be asking is, why do so many people watch these videos when they are so clearly fake? I guess, just like in the case of John Titor, we like a bit of a mystery, even if deep down we know it's all fiction.