Discovery, Science Channel and Travel Channel in the US announce live multi-platform special delving into US intelligence report on extraterrestrial activity. 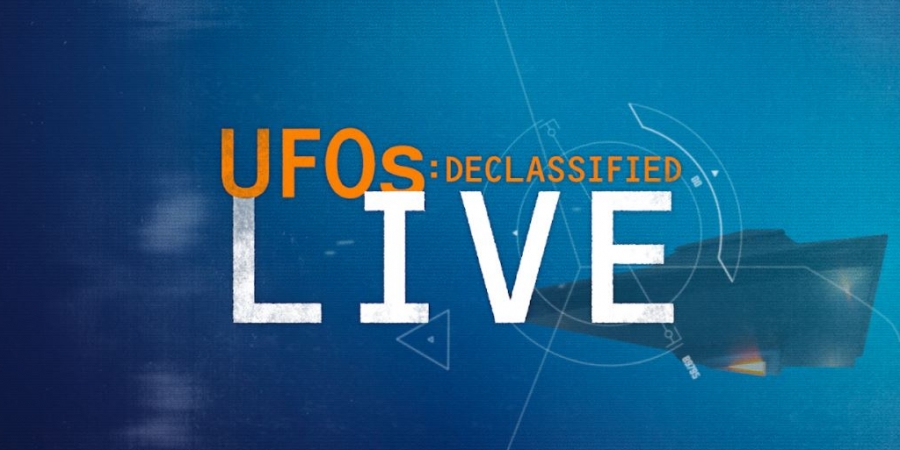 Is there life beyond this planet? And what exactly will the highly-anticipated government report reveal on unexplained aerial phenomena?
Discovery, Science Channel and Travel Channel announced today it will broadcast 'UFOs Declassified: LIVE', a three-hour multi-platform event, airing live on the evening of Wednesday, June 30.
American viewers will be able to watch Josh Gates of Discovery's hit series 'Expedition Unknown' host the event. He'll questioning top experts including NASA administrator Bill Nelson, former Senate Majority Leader Harry Reid, former Counselor to President Obama John Podesta, and retired senior intelligence officer Bob Wallace.
Other experts will include astrophysicist Dr. Hakeem Oluseyi, physicist and astronomer Robert Weryk, former UK Ministry of Defense employee Nick Pope, and intelligence historian Keith Melton.
Viewers will also hear from those who’ve dedicated their careers to finding answers to the biggest mysteries – including 'The X-Files' creator Chris Carter, filmmaker and television director Barry Sonnenfeld ('Men in Black'), founding member of Blink-182 Tom DeLonge, investigative filmmaker Jeremy Corbell, and investigative reporter George Knapp.
"It's a question that has been asked for centuries – are we alone in the universe?" said Scott Lewers, Executive Vice President of Multiplatform Programming, Factual & Head of Content, Science. "And with the delivery of this highly anticipated report to the US Congress, we are closer than ever to the answer. Discovery, Science and Travel Channel are proud to bring together top military and government experts, along with UFO believers and skeptics, to analyze the revelations this report holds, and to bring their unique insight to what we know and don’t know."
Senators, former president Barack Obama and former CIA directors all have expressed openness to the possibility of life beyond Earth. In recent years, US Navy pilots have also spotted unexplained aircraft and objects while out at sea. What exactly is happening in the sky? Will this once classified information shed light on these mysteries and others? The truth is out there.
American intelligence officials have long remained silent on the subject of unexplained flying objects (UFOs), but this all changed last December when congress required the Director of National Intelligence to summarize and report on the government’s knowledge of unidentified aerial phenomena, or unidentified flying objects. The release of the unclassified version this month will look at incidents over the last two decades.
As host of 'Expedition Unknown', Josh is known for his deep curiosity as he sets out to find the truth behind the most iconic legends and mysteries. He is also host of 'Josh Gates Tonight' and served as host of 'Expedition Unknown: Egypt Live', where a team of Egyptian archaeologists and explorers uncovered a 2,500-year-old mummy of a high priest for the first time ever on live television among other Egyptian antiquities.
Josh was also a special guest as part of Discovery and Science Channel's 'Space Launch Live: Crew-1 Lift Off', another multi-platform event this past November, capturing the NASA and SpaceX launch of the Falcon 9 rocket and Dragon spacecraft carrying the Crew-1 astronauts to the International Space Station. The live space coverage drove ratings records for both networks.
Science Channel is also running a week-long marathon of UFO programming leading up to the live broadcast event. The UFO week of programming will include 'The Unexplained Files', 'Alien Encounters', 'UFO Conspiracies', 'NASA's Unexplained Files' among others.
Viewers can join the conversation on social media by using #UFOsDeclassifiedLIVE and following Discovery on Facebook, Instagram, TikTok, and Twitter for the latest updates.
'UFOs Declassified: LIVE' is produced for Discovery, Science Channel and Travel Channel by Lionsgate's Pilgrim Media Group.
Add A Comment
Tags:
ufostelevisiontopical