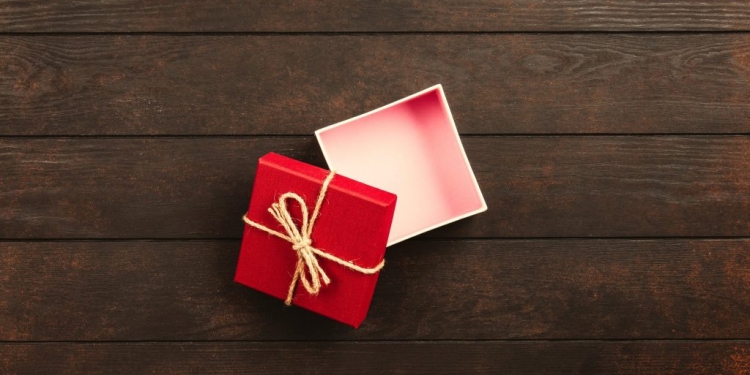 Buying batteries, wrapping paper for last minute gifts and a card for the mother-in-law are among the top things we forget every Christmas, according to research.
A study of 2,000 adults reveals many struggle to remember everything in the lead up to Yuletide. So, to help you out this December, with put together the ultimate checklist of the most commonly forgotten festive tasks and items to have handy.
Tick the items of below to see how prepared you are for Christmas.

Buying sellotape for presents, tin foil to wrap the turkey, and trimmings such as cranberry sauce and gravy for the table are among the most forgotten tasks at Christmas.
While others don't remember to buy a relative's favourite tipple or crackers to pull over lunch and one in six won't fill the ice cube trays in preparation for festive drinks.
One in 20 Brits have even forgotten to take the Christmas presents with them when visiting family and friends away from home.
Unsurprisingly, more than half of those polled claim to feel their stress levels rising as the big day approaches.
Gary Kibble of Argos, which carried out the study via OnePoll.com, said: “December can be one of the busiest months of the year, as in addition to preparing for Christmas many adults are juggling work commitments with social arrangements and obligations to go to the children's nativities, school fares and church ceremonies.
“It can be almost impossible to fool proof Christmas completely, and yet Brits place so much emphasis on this one day of the year, we want to do everything we can to help.”
The study shows Brits will forget to purchase nice napkins for the dinner table, presents for extended relatives, and even toilet roll to cater for the extra guests.
One in 20 have been known to forget to switch the oven on altogether, while the same percentage have neglected to leave a mince pie out for Father Christmas.
Researchers found more than half of adults have been known to make an emergency trip to the garage on 25th December to pick up some forgotten items.
Batteries, milk and bread are the items most likely to be bought at short notice, closely followed by a bottle of wine, box of chocolate – and sellotape to help wrap last minute presents.
Four in 10 adults admit to worrying about the stress and expense of Christmas, so much so over half will avoid hosting the event altogether.
Women are the most likely to worry, with 60 per cent saying they are simply too busy in the lead up to the big day to remember everything, and 32 per cent attribute their forgetfulness to working long hours.
Men on the other hand blame nights of partying for their lapses in memory, with a quarter saying they have too many Christmas parties to attend – leaving little time for shopping – and nearly a third claim they have too many people to buy for.
Gary Kibble added: "For many hard-working families, the festive season doesn't come cheap or easy, so we wanted to give people a helping hand with our £15,000 giveaway so Brits can fool-proof their Christmas."
This year, Argos is coming to the rescue by sending out 600 of its "Fools" – replicas of the mischievous elves featured in this year's Argos Christmas advert – across the high streets of the nation wearing £15,000 worth of vouchers to help "fool-proof" Christmas.
"Our Christmas advert has gone down a storm with the public, and now people have the chance to capture a Fool of their own and make sure they don't wreak havoc on the big day."
All bargain hunters need to do upon finding one is to tweet a photo of the Fool to be rewarded with a voucher to spend on any of the thousands of incredible products available at Argos.
The Fools will be released in five cities across the UK and some might find their way into some of Argos' Fast Track same day deliveries – so keep your eyes peeled. Argos' Twitter and Instagram will be giving out clues about where to find them.
Add A Comment
Tags:
christmasgames

How Much Do You Know About Ghost Adventures?

Help! My House Is Haunted Quiz