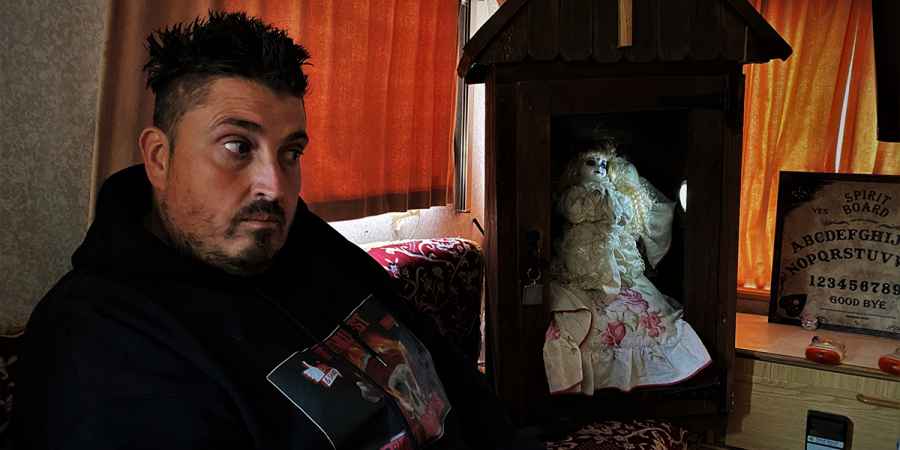 After an appeal for new clips from ghost hunters and paranormal teams, 'Unexplained: Caught On Camera' returns to Really next month for a second series. The spooky clips show featuring remarkable, terrifying and unexplained camera footage returns to Really on Saturday, February 20.
The first series of the show aired back in 2019 and featured a selection of experts from the paranormal field giving their opinion on the clips of unexplainable events captured by people on their mobile phones, CCTV and dash cams. The show also featured first-hand accounts from those who captured the videos.
Back2Back Productions announced the return of their show on Twitter in a message which read, "very excited to announce that Unexplained Caught On Camera is returning to Really Channel from the 20th February, expect the unexpected..."

Unexplained Caught On Camera is returning to Really from the 20th February! Expect the unexpected...😱👻👽#paranormal #TVSeries #unexplained #TheTruthIsOutThere pic.twitter.com/QQc5HkcUJG

The unbelievable, bizarre and sometimes impossible clips, most of which are from the UK and the USA, include everything from alleged ghost sightings to UFOs. All of this unexplainable phenomena is watched over by the show's paranormal experts.
We don't yet have confirmation on the full lineup of the panel of experts, but know that British paranormal investigators Barri Ghai and Jayne Harris will be returning for the new series. The investigators will be familiar to viewers of the Really channel as two of the lead investigators of the ghost hunting show, 'Help! My House Is Haunted'.
The show's producers put out a call on social media for new clips of extraordinary proof of the paranormal captured on camera late last year. Paranormal teams and ghost hunters were invited to send their evidence in to the show, as well as individuals who'd unintentionally caught something strange on the increasing number of cameras we have around the home, in our cars and built into our phones.
The first series of the show was a refreshing change from the normal ghost hunting shows on television, and was an engaging and interesting watch for any paranormal enthusiast. Many of the clips left viewers arguing on the sofa over whether what they'd just seen was real or not. If you missed series one, you can watch all eight episodes on demand on Discovery+.
'Unexplained: Caught On Camera' returns to Really with episode one, 'Spirits Unleashed', on Saturday, February 20. Watch on Freeview (17), Sky (155) and Virgin Media (129), or on demand on Discovery+.
Tags:
paranormaltelevisiontopicaldiscoveryplusunexplained caught on camera