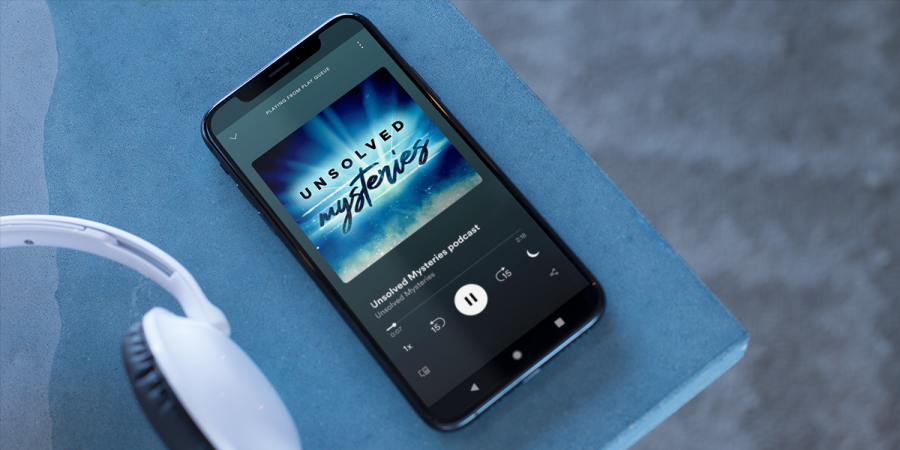 A new podcast series has launched as a spinoff of the recently rebooted Netflix series, 'Unsolved Mysteries'. The podcast is narrated by Steve French, an American actor and television announcer.
The first episode of the new podcast landed on February 17 and kicked things off with a ghost story. The half-hour-long episode explores the haunting of a graveyard called Ball Cemetery. Well off the beaten track and tucked away in a grove of trees, for decades, it has been said that this dark and lonely plot of land is haunted by mysterious entities that defy rational explanation.
Each of the weekly episodes will revolve around a new mystery, exploring the topic. Like the Netflix version, the podcast will feature witnesses associated with the case, including friends, family members, law enforcement officers, forensic experts and those who have experienced similar mysterious or paranormal events.
As always, the cases are likely to include unresolved murder, missing people and even the odd paranormal encounter and unexplained UFO incidents.
The podcast's narrator, voice actor Steve French, teased the podcast in an audio trailer by saying, "these are all new stories of terrifying abductions, bizarre paranormal encounters, heinous killers, and unexplained deaths."
The first two episodes of the podcast are available to listen to now on Spotify, with future instalments being added on a weekly basis on a Wednesday.
Episode two, entitled 'Lost In The Ashes' investigates the mystery left in the aftermath of a house fire in rural Tennessee. As the smoke cleared, investigators discovered the bodies of an elderly couple, and it's assumed that their two grandchildren, who lived with them, also perished. But after days of sifting through the ashes, the remains of the children were not found. The podcast episode attempts to uncover what happened to Chloie and Gage?
The original award-winning television series ran from 1987 and notched up almost 300 episodes documenting cold cases and paranormal phenomena, including stories such as that of the legendary Roswell UFO incident of 1947. It was the first mainstream television series to feature this story, which is now one of the best known UFO cases of all time.
The show was brought back to life for Netflix last July by Shawn Levy, the executive producer of the hit series 'Stranger Things', working alongside the show's original creators John Cosgrove and Terry Dunn Meurer.
The 'Unsolved Mysteries' podcast has been put together by the show's original production company, Cosgrove/Meurer Productions, working alongside the podcast production company, Cadence13.
Just like the Netflix series, each episode of the podcast ends by inviting listeners to contact the show if they have any information, tips or clues which might help the 'Unsolved Mysteries' team solve the case.
Tags:
paranormaltelevisionnetflixpodcasts