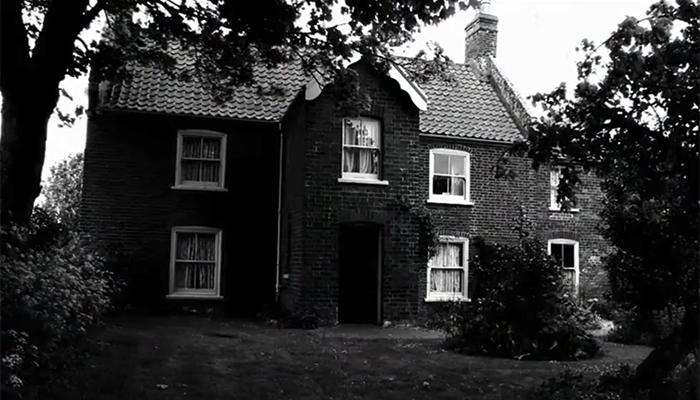 This week Yvette Fielding and her team visit an agricultural museum in Lincolnshire which is said to be a melting pop of paranormal activity. Will the team uncover any spooky goings on in the centuries old farm buildings?
The museum is nestled in a residential street is Skegness and spread out across several buildings, including an 18th century farmhouse, a 19th century stable block, a cow shed, and a 16th century mud and stud cottage. This cottage was moved to the site piece by piece from the nearby village of Withern.
These building are now packed full of artefacts from a bygone era, and as well as plenty of memories, they're also said to house plenty of ghosts of the past. 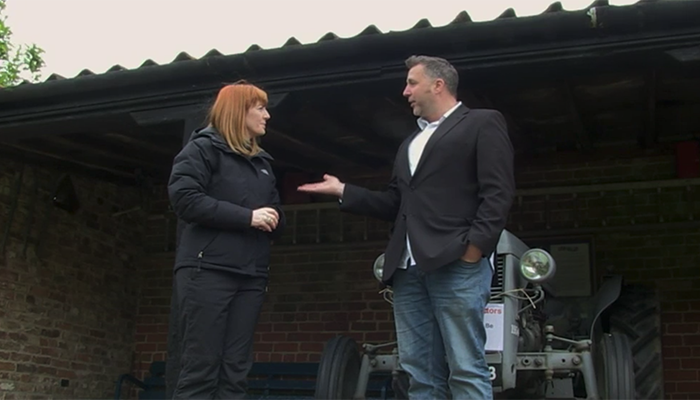 Each of the buildings is said to have its own paranormal activity, dating back to various different eras. In the main farmhouse furniture and ornaments are said to move on their own, visitors have reported hearing footsteps in empty rooms, as well as disembodied voices. There's also been reports of dark shadows and even full apparitions.
Many visitors have reported feeling dizzy when walking into a certain room in the house. Fred Batt, the show's demonologist said, "I went in that room earlier and I felt like I was being pushed out." Resident skeptic, Glen Hunt has a possible explanation for these uneasy feelings, "it could be down to angles." He says unusual angles or uneven floors could make people feel "uneasy and unbalanced."
As soon as Yvette walked into the farmhouse on her initial walk around with Glen and Fred, they heard a growl. Glen said, thought it sounded like "someone trying to get your attention". They continued they're walk around, passing thought the dining room where the table is said to move on its own, and into the living room. While in this room they heard bangs coming from upstairs, signalling a promising investigation ahead.
In another of the museum's buildings, the Withern cottage, a elderly couple was said to have died years back and their spirits never left. As this building moved from another location, it's not made clear whether the couple died here or in the nearby village where the cottage originally stood. So, this could either be a haunted location or perhaps that ghosts of the couple are ingrained into the house itself, a phenomenon known as stone tape theory.
Speaking about the theory, Glen said "it's only 50% of the original house, it hasn't even got a proper floor, so does that mean that you get 50% of the paranormal activity?" Yvette said, "exactly, what was on the ground before? Did something happen before the house was put there?"
Fred is quite exciting about this building, "out of all the buildings on the site, this one is the most interesting to me goes back to the 1500s. During the 1500s this area was writhe with witchcraft, demonology, you name it, it happened around here."
The more modern stable block is said to be incredibly haunted. People have reported hearing strange noises coming from the stables like people are still working there, including the sound of blacksmiths hammering shoes, but when you look in there was no one there. 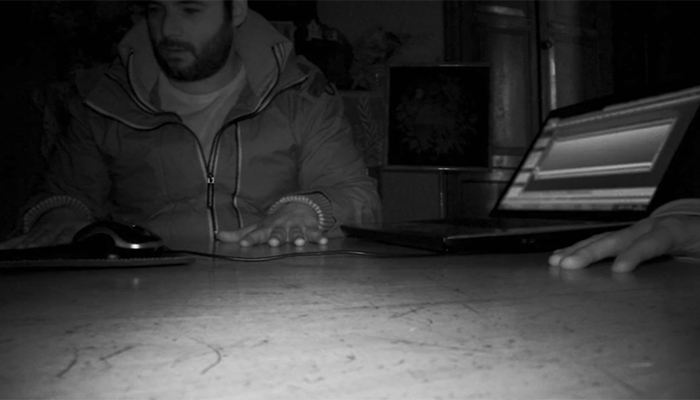 Karl Beattie and Darren Hutchinson started the investigation in the farmhouse, where Eamonn Vann-Harris had set up his EVP equipment in the hope of catching recordings of spirit voices.
Karl was first to call out to the spirits, "is anyone here? Is anyone here with us in this room? If you are here can you make a sound?" They heard two knocks straight away. Then the gang reported feeling the table shaking. Karl put the camera down on the table and it was clear to see the camera rocking.
Eamonn then said, "are you stood next to me? Or sat next to me where the chair is?" He replayed the EVP recording and was surprised to find an eerie voice in the recording answering him with "yes." Although to be honest, Eamonn always looks a bit surprised when he hears something in his recordings, before excitedly looking towards other team members for validation, it's quite funny.
They then heard a noise in the recording which sounded like someone saying "behind you." Karl was impressed, "that is a voice and it said behind you." At this point the camera apparently suddenly lost power. 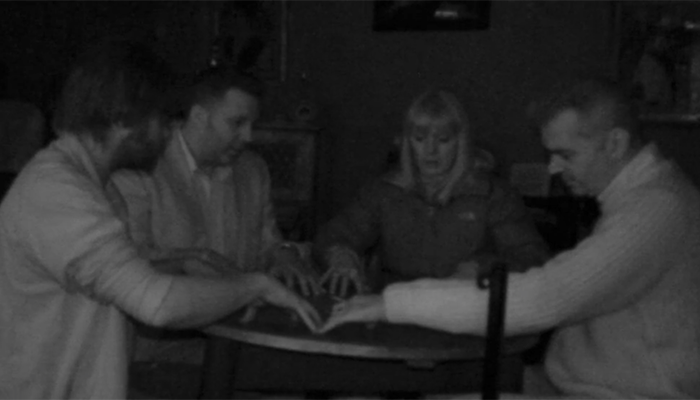 With the cameras recharged, the team headed back into the farmhouse to continue their investigation, this time with Glen along for the ride too. They first reported feeling the table pulsating. Yvette called out, "do you mean as harm?" Eamonn, who was monitoring his EVP equipment in realtime said he heard an answer, "'yes', very very faint 'yes'."
It didn't take long for the table to start moving, but then as abruptly as it stared moving, it stoped. So the team split up. 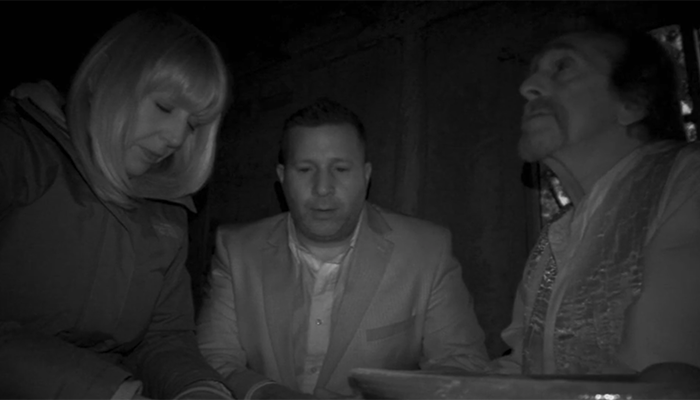 Yvette, Fred and Glen started out in the cottage. Upon entering, Yvette told the rest of the team, "I don't like it in here, I don't like it at all. There's a horrible feeling to this place." Glen tried to put her mind at rest, "it can't be that bad, there's a horse shoe on the door for good luck."
But Fred had a different opinion of this lucky symbol's meaning, "in this area, Lincolnshire, they used to put horse shoes on their doors to keep away witches."
After Fred said he felt something move behind him, the team then sat to conduct another seance. While they were sat around the table, Glen felt a breeze down the back of his neck. Fred called out, "if you breathed on glen's neck just now, do it again. Or do it to one of use." Glen reported feeling it again.
Yvette seemed very pleased that skeptical Glen was experienced something seemingly paranormal. Glen admitted, "there's an energy, there's something going on."
The table then started twitching and moving again under their hands. Fred said, "I can feel it just moving slightly, rocking." The camera which was perched on the table also started to violently rock. 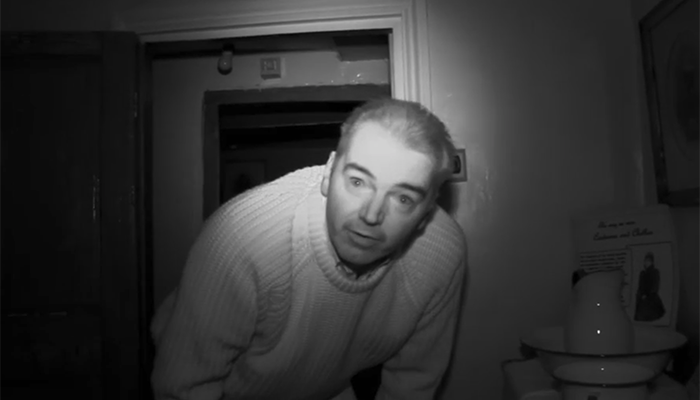 Meanwhile, Karl and Stuart Torevell were in the farmhouse. They heard a large bang coming from upstairs and went up to investigate and heard another loud bang coming from a room that was full of vintage kids toys that were on display. In this room they found a football on the floor. Karl described the activity, "that is amazing".
They then heard footsteps, they couldn't place where the sound was coming from and while they were discussing it, Stuart reported hearing what sounded like laughing or giggling, but said "I can't tell if it's male or female."
It wasn't long after that Stuart said, "let's get out of here now."

Faces In The Wall 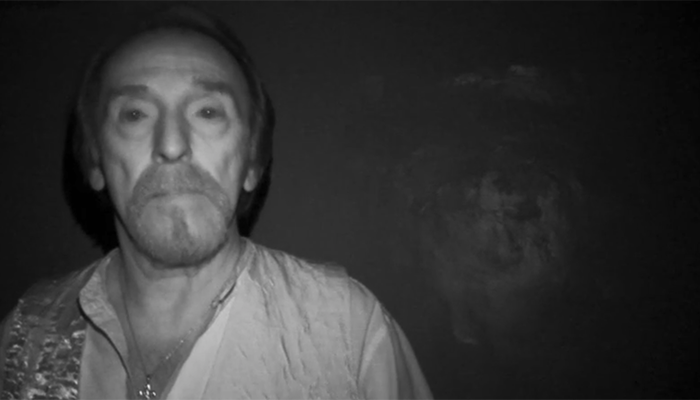 The two teams then swapped locations. Yvette and her gang apprehensively went to the farmhouse, straight away Yvette let out a scream when a mannequin which was part of the museum's display, scared her half to death. Soon after they started hearing all sort of knocks and bangs from all around them.
Yvette, who was manning the camera, spotted what she described as a "horrible face" face in the wall behind Fred. The demonologist said, "maybe that's what it is, something trapped in here." But Yvette wasn't so sure, she said "that's pareidolia, that is," referring to the psychologic tendency to find a patter in abstract shapes, most commonly a human face.
Fred said, "but remember a demon can turn into anything it wants to, any shape, any form, anything" ...apparently including plaster.

Back In The Cottage 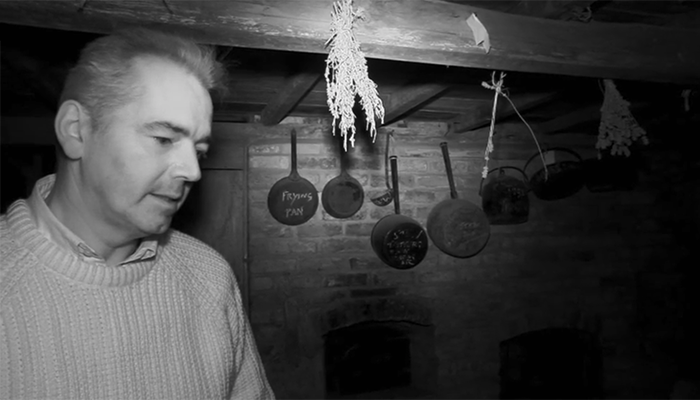 "The troublesome duo" spent the last part of the investigation in the Withern Cottage. After passing though the kitchen into an adjoining room, Stuart called out "are there any spirits here with us in this building? Anyone who wants to play with us, come and do so now." Just as he'd finished speak, Karl spun around with the camera after heating a metallic ting coming from the kitchen.
They moved back into the kitchen to see if any pots or pans had moved, but couldn't pin point the noise which sounded like a pea be thrown at a frying pan. The sound was proving to be a mystery so they head back into the other room, Karl asked if the spirits could make another sound and again they heard the same ping.
They then heard a more sustained metallic rumbling. After a quick look around the kitchen, they worked out it was probably the pans on the wall. Now stood in the kitchen Karl called out again, "can you make a sound" and again the spirits obliged with an identical ting.
Karl said, "well we know there's spirits here who don't like intruders, if Stuart and I are intruding in to your kitchen we will go, can you make one more noise," and again there was a ting, right behind Karl's head, causing him to use his catchphrase, "crying out loud!"
With this the episode drew to a close.
For reviews of all of the new episodes, plus highlights and evidence from the shows, and to find out when Most Haunted is on next, visit the Most Haunted episode guide.