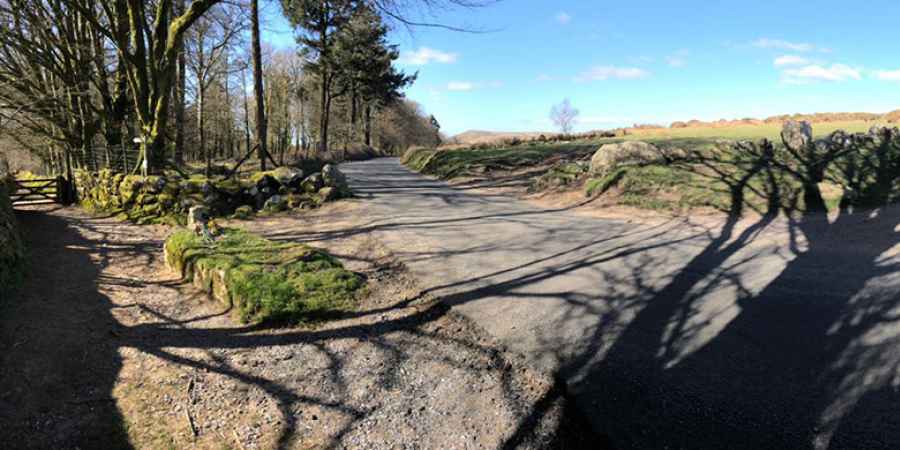 On a crossroad on Dartmoor overlooked by Hound Tor is a grave, a real grave containing human remains. It's said that no matter what time of the year you visit this remote burial mound there are always fresh flowers there.
Apparently these flowers continued to be laid on the grave even during the recent coronavirus lockdown. So, I went to see the grave for myself and to see if I would find any flowers at the famous spot, which has become a mecca for paranormal enthusiasts.
The eerie raised burial mound with an unmarked, rough-and-ready headstone lays along side a crossroad, which is formed by a bridleway that crosses a small country lane. The grave lies in an exposed and remote part of the moor 10 miles north-west of the Devonshire market town of Newton Abbot.
In recent years the grave has become a paranormal hotspot visited by countless visitors. Coaches of tourist stop there while the tour guides tell their own version of the legend, and there's almost always a car parked up nearby as the curious travellers get a glimpse of the grave for themselves.
It's known as Mary Jay's grave, Kitty Jay's grave, or simply Jay's grave. Although her name is disputed, her sad story has been told and re-told for generations.
The most commonly told version of the story today is that Jay was born in a workhouse in Newton Abbot in around 1790. She eventually went to work has a farmhand at Ford farm near the village of Manaton. It was while working here that she fell pregnant out of wedlock, and because of the negative attitude towards illegitimate children and their mothers in the 1800s, Jay took her own life with a rope swinging from the rafters in a barn. 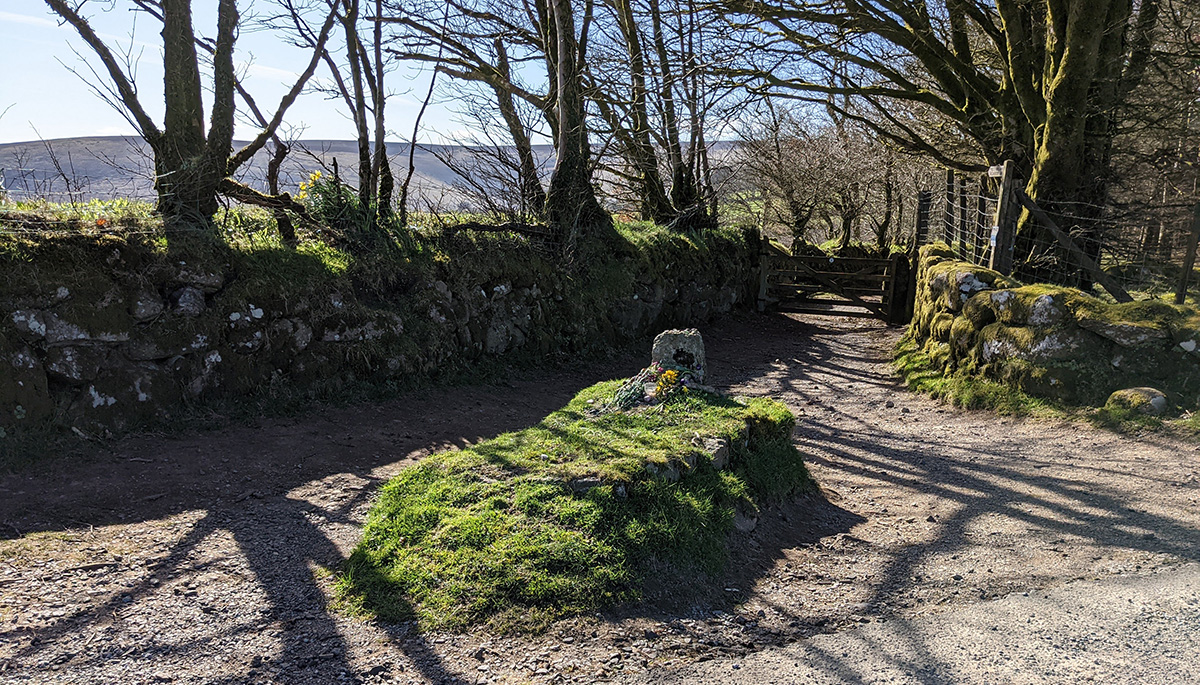 It's said that Jay's remains were originally buried at the side of the road and were discovered by a road worker in the 1860s. The bones he found were confirmed to be the skeleton of a young lady and it was decided that the remains be buried in the grave that exists on the site to this day.
Unfortunately at the time of Jay's death society took a dim view on suicide, or self murder, as it was called. People in those days were terrified of the church and genuinely believed that if they committed a crime, then they were destined to go to hell.
Some believe that this is the reason why so many spirits haunt from this period in history. The deceased knew that they would not be allowed through the pearly gates into heaven, and would be destined to burn in hell fire. The better option was to linger on earth. It's for this reason that suicide victims were buried at crossroads, then if their spirits rose from the grave they would be confused, and not know which way to go. Therefore they wouldn't be able to haunt anyone.
In the case of Jay, the crossroads also marks the boundaries of four parishes. Burying Jay here meant that not one of the parishes or local churches would have any responsibility for her.
Perhaps this is why Jay is said to haunt her grave to this day. It's said that some locals refuse to drive past her grave alone, preferring to take another route instead. Those who have driven past the grave at night have reported seeing a dark, hooded figure kneeling at the grave. As the drivers approach the figure stands up before vanishing.
The story varies wildly, the earliest documented version of the story dates back to 1851 and names the woman as Ann Jay. The story of her death is the same, but places the incident three generations earlier. Later stories claim it is an old woman named Kay who hung herself, some use the name Betty Kay. It wasn't until 1909 that the name Kitty was used in a local guidebook. 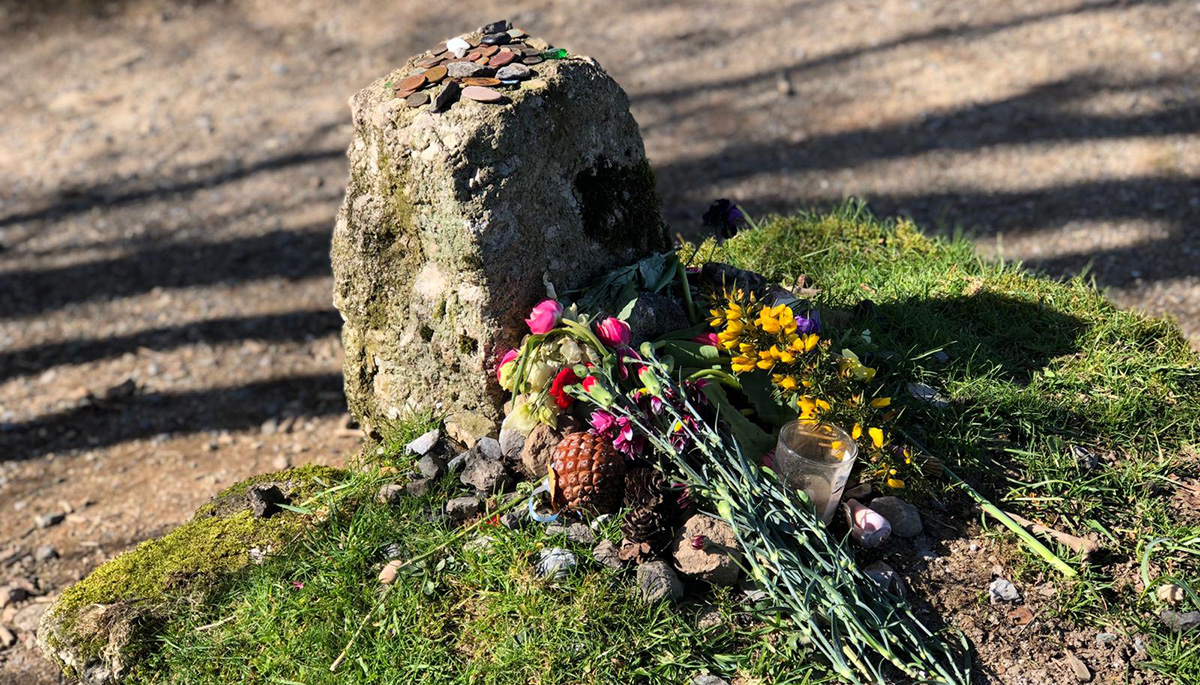 Whoever it is buried at the crossroads, they get a lot of love from those who visit the grave. No matter what time of the year it is, whenever anyone visits the site, there are always fresh flowers lying on the grave, although no-one admits to putting them there. These flowers have been appearing on a continuous basis for at least 70 years.
I visited Jay's grave in the spring of 2021 and can confirm that the tradition of leaving flowers still continues to this day. Not only were there fresh carnations on the grave, there were also many other offerings, including coins, small toys, shells and a pinecone.
Proving that the grave is still a popular destination, while there a dog walker also stopped by to get a look at the grave, despite it being unseasonably cold.
Tags:
devonghostsparanormal