Warner Bros. Could Be Sued Over 'The Conjuring' If They Can't Prove The Warren's Paranormal Case Files Are True

This article is more than five years old and was last updated in March 2019. 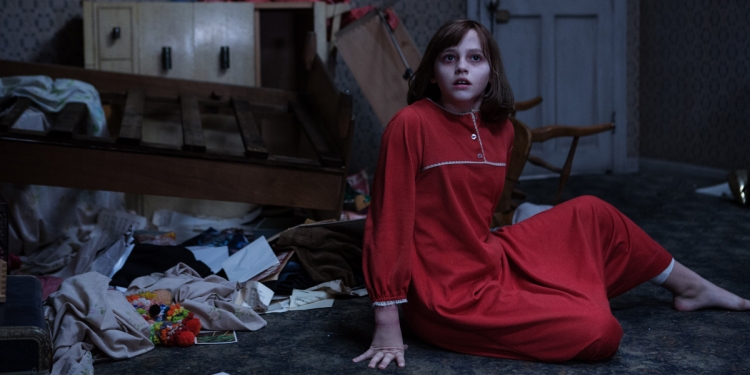 For those who love supernatural horror movies, The Conjuring is a must-see series of movies which are based on the real case files of married paranormal investigators Ed and Lorraine Warren.
The three movies in the series have been hugely successful for Warner Bros. but now the author of the Warren's first book documenting their investigations is challenging WB's right to make the movie.
In 1980 Gerald Brittle wrote about about Ed and Lorraine called 'The Demonologist', he claims that at the time the ghost hunting pair signed a contract which meant the Warren's stories could be retold in any other works giving him the exclusive rights to the stories.
The movies sell themselves as being "based on the true case files of the Warrens," however the main storyline in the first movie, 'The Conjuring' wasn't based on a case from 'The Demonologist', it featured in a later book. This movie did however opened with a brief account of the story of a haunted doll named Annabelle, this was featured in Brittle's book.
Annabelle went on to become a spin-off movie, regardless of Brittle's apparent claim over the story's rights and a few years later Warner Bros. released a sequel, 'The Conjuring 2'.
In the second Conjuring movie Ed and Lorraine visit the site of a poltergeist haunting in Enfield in London, this story is also one which Brittle is disputing as it featured in his book.
Brittle is suing the movie studio for $900 million, which is roughly how much the three movies took in box offices around the world.
Warner Bros. have disputed the claim, stating that the movies aren't based on Brittle's book, they are based on "historical facts." Warner Bros. probably have a point, after all this isn't the first dramatisation of the Enfield haunting but it's the only one Brittle is challenging. On the other hand, it is the only version of the story which is told from Ed and Lorraine's perspective.
Those involved in the Enfield incident have retold their stories countless times in the local press, national television and in documentaries, so the hauntings which took places in the north London council house in the late-70s are well and truly in the public domain.
Brittle says that Warner Bros. couldn't have based the movies on historical facts because ghosts don't exist and he's now challenging the movie studio to prove the movies are based on "historical facts," essentially, he wants them to prove that ghosts exist and that everything which is said to have happened in the Warren's cases did actually happen.
Brittle and his lawyers think they have a case in court due to their belief that the Warren's case files aren't based on "fact" as their experiences of the supernatural are fabricated or based on untrue claims from the people they were helping.
However, whether ghosts exists or not, the claims were made publicly at the time and have been retold for decades since. These accounts of hauntings are recorded as "historical fact" and it is these claims that the movies are based upon.
Warner Bros. only need to prove that they're retelling a story which has been told from many different sources many times before, whether those sources really encountered the paranormal or not.
Tags:
paranormalmoviestopicalhorrorconjuring