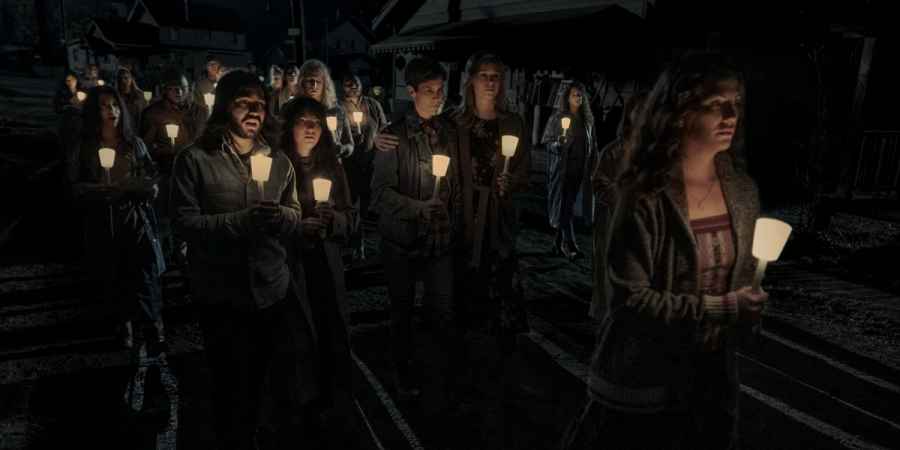 Check out the creepy teaser trailer for Mike Flanagan's latest supernatural series.
The new seven-part series from the maker of 'The Haunting Of Hill House' is coming to Netflix this autumn. 'Midnight Mass' is created by Mike Flanagan.
The cast will include Zach Gilford, Kate Siegel, Rahul Kohli andHamish Linklater.
The trailer doesn't give much away, but gives viewers their first glimpse of Crockett Island, an isolated community that's experiencing miraculous events and frightening omens following the arrival of a charismatic, mysterious young priest.
With the clear move from haunted house to a more folk-horror setting, it's no surprise that Mike has confirmed on Twitter that despite creating 'Hill House' and its follow-up, 'The Haunting Of Bly Manor' for Netflix that this upcoming series isn't a new chapter to these previous stories.
The first teaser we got of the dark series came last week when a short but intriguing clip was posted on Twitter introducing us to the series' fictional location of Crockett Island.
The video, which show a small ferry making the hour-long voyage to the island on a grey and blustery day, was posted with the caption "we're 30 miles from the mainland with only two ferries a day."

We’re 30 miles from the mainland with only two ferries a day. pic.twitter.com/VjFm8KTAvx

Mike told followers that the "ideas at the root of this show scare me to the core". In a stylised letter posted online, he wrote "I'm just going to admit it... 'Midnight Mass' is my favourite project so far."
He continued, "as a former alter boy, about to celebrate three years of sobriety, it's not hard to see what makes this so personal."
Although Mike confirms in the letter that this is well and truly a supernatural show to fear, he hints that many of the scares will come from the people on the island, "there is darkness on Crockett Island. Some of it is supernatural, but the scariest is born of human nature. The darkness that animates this story isn't hard to see in our own world, unfortunately." 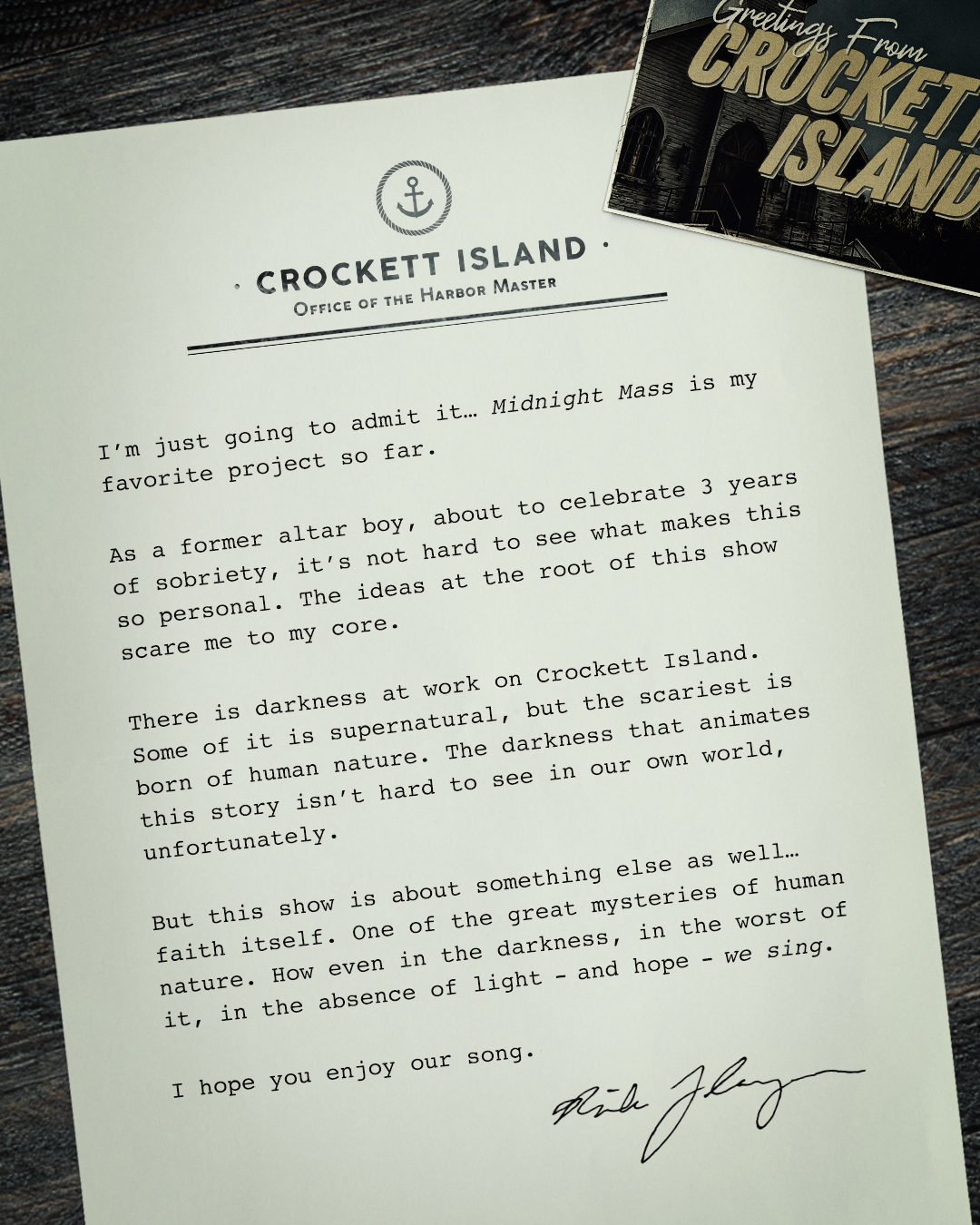