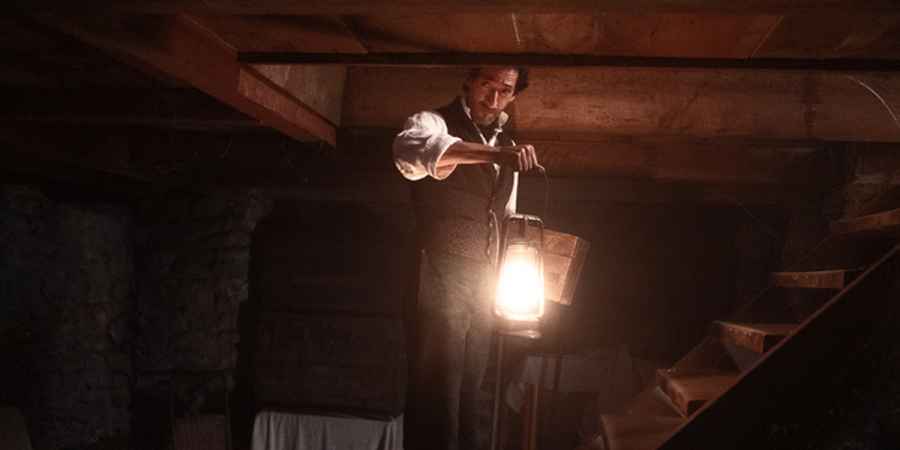 As you'd expect from Stephen King, the trailer for 'Chapelwaite' reveals that things will get pretty scary in the television adaptation based on his 1978 novella, 'Jerusalem's Lot'.
Set in the 1850s, the series follows Captain Charles Boone who relocates his family of three children to his ancestral home in the small, seemingly sleepy town of Preacher's Corners, Maine after his wife dies at sea.
However, Charles will soon have to confront the secrets of his family's sordid history, and fight to end the darkness that has plagued the Boones for generations.
The creepy trailer for the series recently dropped, you can check it out below...
The series is based on 'Jerusalem's Lot', a 1978 novella by Stephen King. It will initially premiere on the US cable channel Epix on August 22, which is also available on Amazon Prime Video Channels, Apple TV and through a pay-to-view app.
'Jerusalem's Lot' is the prequel to King's 1975 vampire novel 'Salem's Lot', which has been adapted into a television series twice itself, back in the late 70s and again in 2004. It's also recently been announced that New Line have plans to make a movie based on the novel, with Gary Dauberman and James Wan producing - who worked on the recent remakes of King's 'It' and 'It Chapter Two'.
'Chapelwaite', a ten-part series, is based on the short story that will effectively serve as the prequel to that upcoming movie. The series stars Adrien Brody as Captain Boone, who receives a letter from a recently deceased cousin informing him that he has inherited his family's ancestral land, the news that prompts his move to Preacher's Corners.
As you'd expect from King, the trailer reveals that things will get pretty scary as Captain Boone starts to notice strange occurrences, before coming to the terrifying realisation that something terribly wrong is going on in the sleepy town.
Add A Comment
Tags:
horrormoviestopical

You've probably felt somewhat unlucky recently but the fact is the restrictions you have dealt with are for your own good. You will feel some challenges are much lighter right now as a result of news or information you receive... Read More