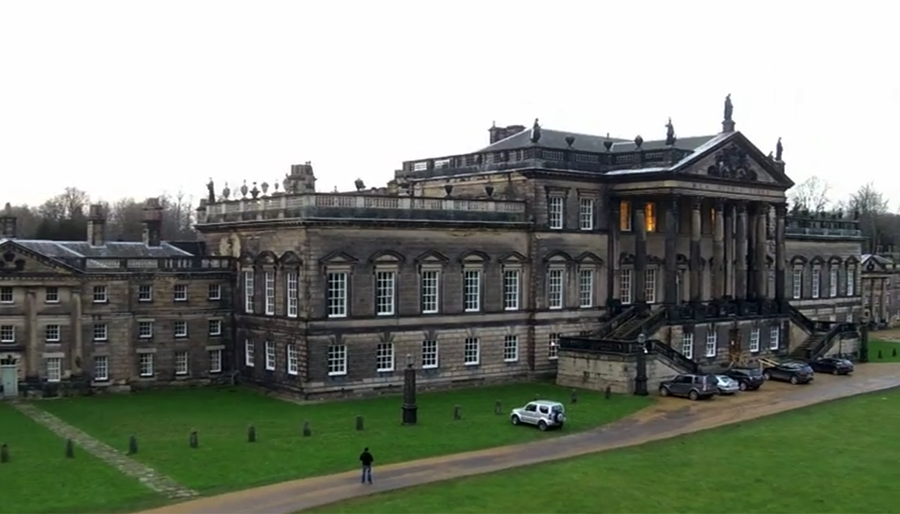 The second part of the team's investigation of Wentworth Woodhouse and this time Yvette Fielding leads her gang of fearless ghost hunters down into the subterranean labyrinth of tunnels beneath the house in its cellar.
Wentworth Woodhouse, in Rotherham, is the biggest house they've ever investigated, with a total of 365 rooms to explore. The house originally belonged to Thomas Wentworth, the first Earl of Strafford, who was destine to end his life at the sharp end of the headsman's axe.
Over the years the house has had many uses, including as a convalescent home during the war, and a college for physical improvement, the Lady Mabel College, before being bought back into private hands recently. 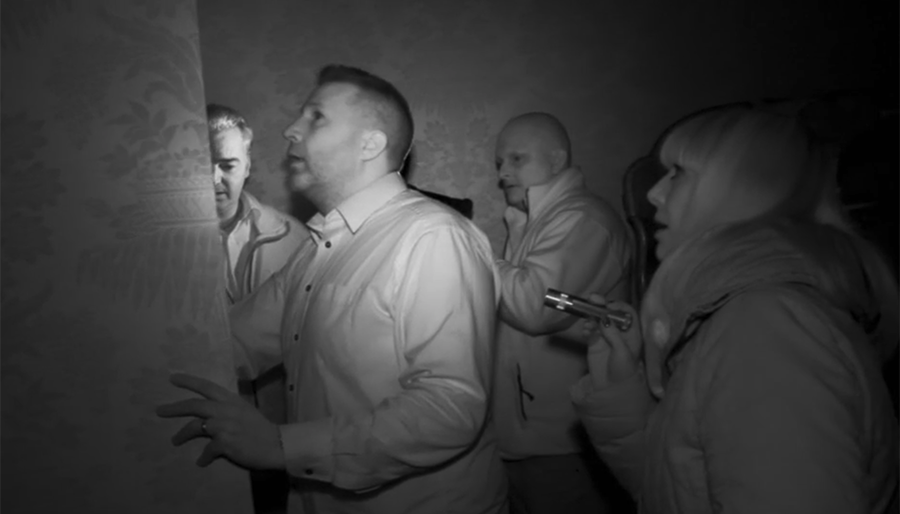 In the first half of the investigation the team experienced lots of activity in the form of knocking and whistling, which seemed to be intelligent and highly responsive. In one case they heard what they thought to be a spirit copying the melody of a tune that Yvette whistled.
Later in the episode, while investigating the upper floors, Karl Beattie and Stuart Torevell witnessed two doors slam shut and lock behind them. The rest of the team came to investigate and found that the something inside was very responsive to their knocks on the door. 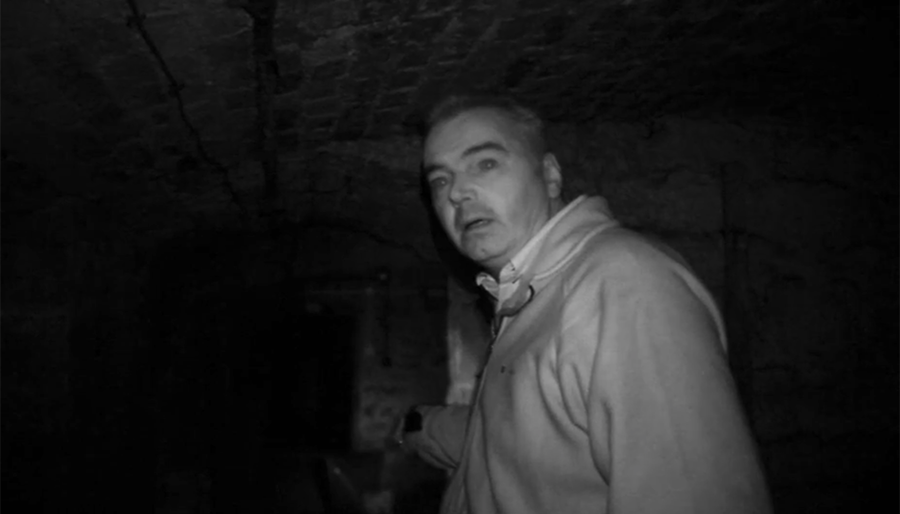 While the others prepared themselves for the second half of the investigation, Karl and Stuart got a head start and headed down into the cellar.
They hadn't been there two minutes when they heard a bottle smash, it has seemingly been thrown on to the stone floor. They started to panic as they witnessed more and more movement and noises all around them.
Stuart had a theory, "what was upstairs with us that closed the doors, could possibly be down here." However, it was kids who were messing with the duo upstairs, Karl thinks whatever is in the cellar is something far more sinister.
After sharing theories they resumed their investigation of the dark tunnels, Stuart was calling out when what sounded like a lightbulb smashed. This was enough for them, after so much activity so quickly they started to make their way out to get the other for back up, but on their way some ladders fell narrowly missing Karl. 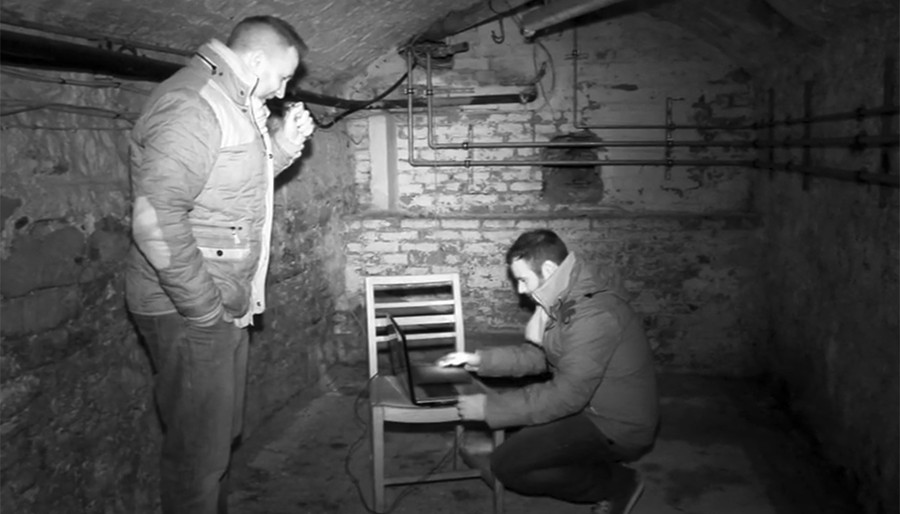 The show's resident skeptic Glen Hunt was in the East Tunnel with EVP expert Eamonn Vann-Harris and Gregg Smith manning the camera. They were attempting to capture spirit voices on Eamonn's laptop. They decided that the strange garbled sounds recorded on the laptop indicated "yes" to their questions, which according to Eamonn meant "yes, there's somebody here. Yes, they can see us." Glen added, "Do you like us being here? Yes. Are you going to cause any trouble?" And in unison, Eamonn and Glen repeated the answered they'd heard, "yes."
Eamonn then thinks a whistling noise in his recording is the word "listen," even though it sounds nothing like it. Thankfully, Gregg has the sense to correct him. Glen was also unsure, he said "I can't really tell if anything is being said there or not, but what I do find odd is that a sound is being made out of nothing." 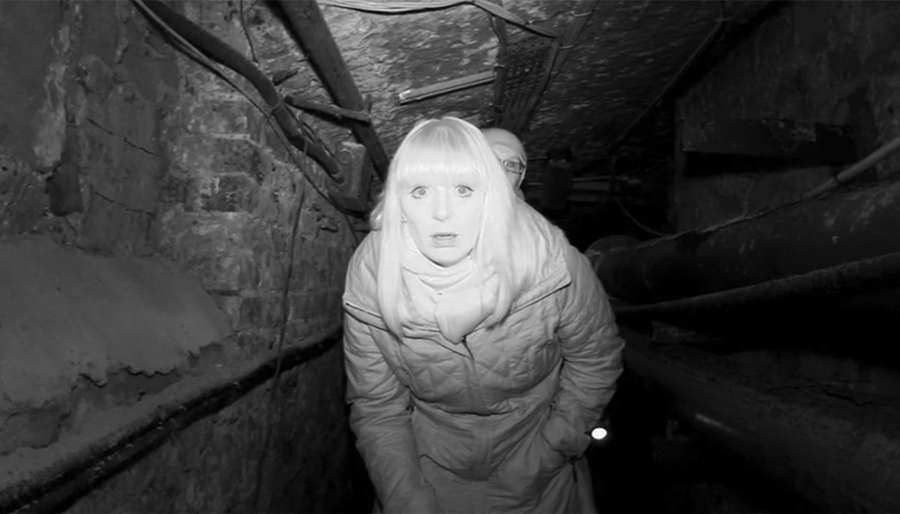 Karl and Stuart took Yvette and Darren Hutchinson back down to the location where they'd already experienced activity. Darren described the location as "like a horror film torture chamber," and that is what it looked liked, especially as weird trinkets made of twigs hung on the wall, it was like something from the 'Blair Witch Project'.
As they ventured deeper into the tunnels, Darren said he heard what sounded like a "guttural rumbling noise." Eventually they got to the location that had freaked them out to the point of leaving earlier. As Karl climbed a ladder in an industrial looking room, they heard a loud unexplained crash and minutes later a lightbulb smashed on the floor.
The team all agreed when Stuart said, "this is like something out of a horror movie isn't it? I'm expecting to walk around the corner and see a necklace made out of ears, and lips, and teeth, and gums, and fingers, that kind of s**t, you know?"
As they retraced their steps, the team found a dead pigeon led on the floor, they said that there's no way that could have been there when they first walked past. Eerily the pigeon seemed to have a cable tie around its neck. 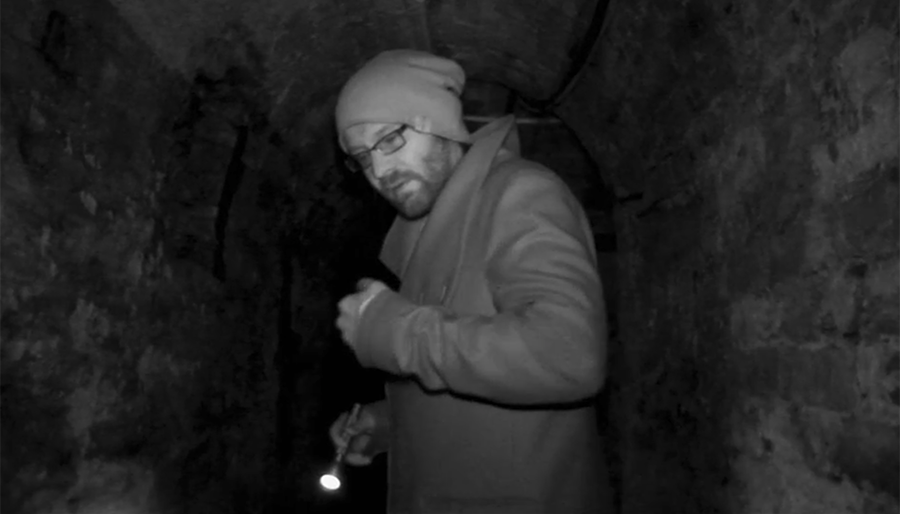 The team re-grouped, and Yvette, Glen, and Gregg were at one end of the cellar where they wandered around aimlessly in the dark, but other than a few unexplained sounds around them, very little happened.
Meanwhile, Karl, Stuart and Darren went to a small set of tunnels at the other end of the cellar. Where the first scare was for Darren when something landed close to him, although no one could find what it was. Seconds later, something hit his leg.
Moments later something hit Darren again, and this time the team heard it land. Stuart thought it sounded like plaster falling from the ceiling.
Stuart then tries to convince Darren that if they were killed at this location in the tunnel, no one would ever know. He said, "if we did go, no one would ever know, because no one comes down here." Well, there's Yvette and the other who would surely come looking for you, Stu.
Moments later Stuart screamed, which resulted in Darren running in the direction of the exit. It transpired that something once again hit Darren, but this time bounced off him and hit Stuart too. He'd clearly had enough too as he and Karl followed Darren in the direction of safety.

After Darren ran out, Karl bravely returned alone to the location where Darren was seemingly attacked. He wanders around a bit and soon hears knocks and bangs coming from a dead end and states the obvious, "if there is anyone in there, it means they're either a ghost or their a person."
He then goes to investigate, and finds the chamber empty and as he was calling out to the spirits, he was sure that something called his name, although it wasn't audible on camera.
When Karl heard a growling sound, that was the final straw and he made his way out of the cellar. 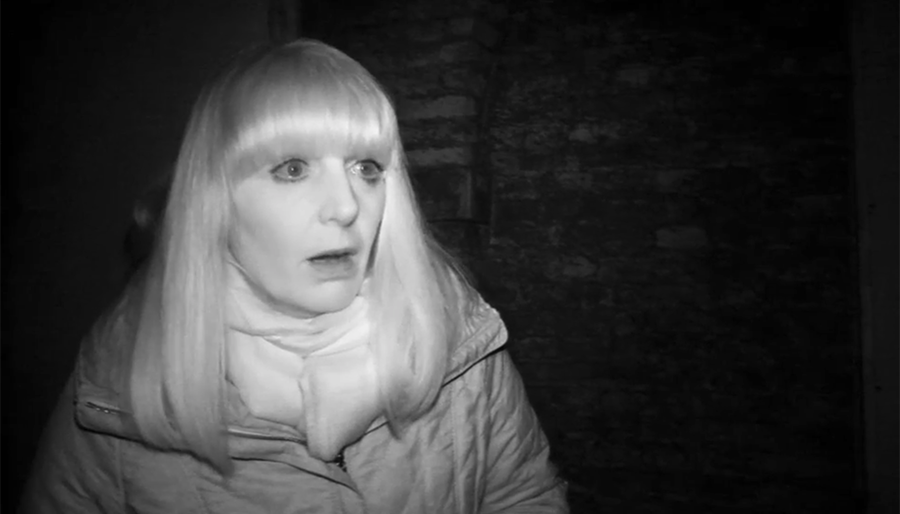 Yvette and Stuart were walking in and out all of the various chambers in the wine cellars. Yvette called out "is there anybody here that wants to talk to us?" As soon as she finished talking they heard something heavy land near them. It sounded like something hitting the racks for the win, but Stuart thought it sounded like a brick.
A few minutes later, something else was thrown. This time Stuart caught it on camera, it came in from the right of the shot in the direction of Yvette. It's rare for camera to be pointing in the right direction when an object is thrown, so this makes this incident one of Most Haunted's best bits of evidence to date.
After this, it was time to call it a night and bring this epic two-part investigation to an end.
For reviews of all of the new episodes, plus highlights and evidence from the shows, and to find out when Most Haunted is on next, visit the Most Haunted episode guide.
»Wentworth Woodhouse - Part One (Episode 6)