The Paranormal Drama Llama: Watch Your Back The Alpaca Intelligence Service Is Watching You! 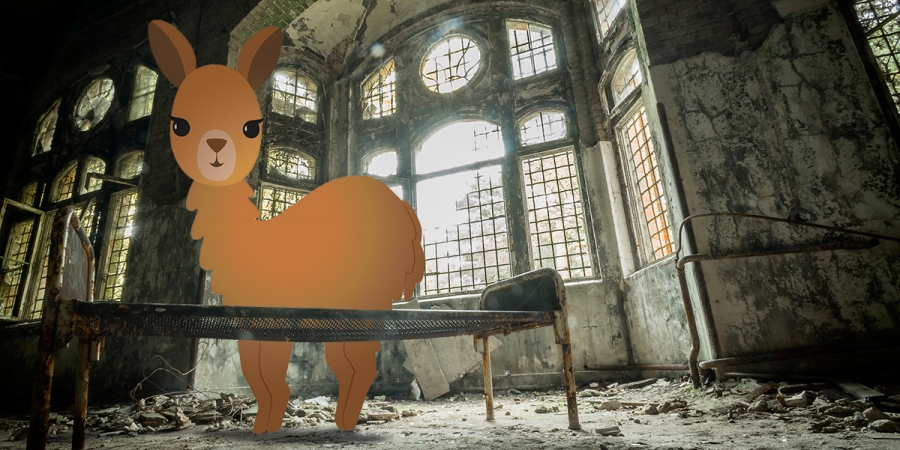 Photo: © Shutterstock
A question we've been asked a lot lately is "who is the Paranormal Drama Llama?" Well... we have no idea! But let's take a look at some of the clues to the PDL's identity.
The gossiping llama started its career as a paranormal commentator on YouTube last summer and has since gone on to cause quite a stir by sharing details on some of the most dramatic fights, falling outs and controversies from the paranormal world.
The PDL says "I am assisted by a network of agents known as the Alpaca Intelligence Service or A.I.S. for short. I have eyes and ears everywhere."
The faceless channel is recognisable by its mascot, a cute and fluffy brown cartoon llama designed by Russian artist, Olga Karpova. Olga, who primarily draws characters for children, describes her now-famous llama as "trendy kawaii style."
But what about the man behind the llama on YouTube? Could it be another of Banksy's alter-egos? Is the mysterious man the same person who dons a white helmet and races as The Stig on 'Top Gear'? Perhaps this is what Elvis Presley now does with his time after he faked his own death and escaped in to obscurity.
Well, we all love a good mystery in the paranormal community, and the real identity of the llama is one such mystery. If you do know anything about PDL's real identity, then be sure to tell the Paranormal Spotter Otter, who's been spying on the Drama Llama for a few months now.
The llama says, "I've never disclosed my real identity.  The choice not to reveal my identity or to appear on screen is a very deliberate one." But he says that many people seem to get a little vexed about wanting to know who he is, "why does it matter? Regardless of who I am, I hope that my content stands on its own merits."
Although we don't know who's behind the PDL, we do know a few things about its creator.
Since the llama is primarily interested in the drama related to British and Irish paranormal teams and individuals, we know that the PDL is himself British. In some videos we get to hear the llama talk and an English accent can be heard, although it's a little hard to place it regionally.
The llama also tells us that he's never been part of an online paranormal team, that he enjoys writing, and of course we know that he can also sing...
The Drama Llama primarily creates videos for YouTube about trending paranormal drama, watched by an audience of almost 1,000 subscribers but pulling in a much bigger viewership. The videos are at times humorous, often sardonic and always well researched, factual and trustworthy.
More recently the PDL has started blogging about paranormal drama using his new  Facebook page as a companion platform to his YouTube channel. This allows him to get react more quickly and get breaking news out to his followers a lot quicker than he could be making a video.
A lot of the videos on the llama's channel focus on the antics of Mark Smith, a Rotherham-based paranormal YouTuber. The most popular videos on the Paranormal Drama Llama's channel are about Mark's brushes with the law, including a video which shows Mark's recent arrest for failure to comply with the police after they confronted him about COVID-19 rules.
The channel also heavily features other teams including Linzi and Lee Steer of Ghosts Of Britain, John Sixthsense and his seemingly ever-changing team, and the YouTube channel Proving Demons, who in 2018 were shamed by Cheshire Police for attempting to deceive their subscribers by planting a human bone in a haunted house.
Although the PDL clearly loves talking about drama from the paranormal world, he does his best not to become part of the story. He says, "I don't wish to be part of the 'drama' or the story. Sometimes I can end up being so, but that's not my motive or intention."
He achieves this perhaps in part by remaining anonymous, which removes him as a target for retaliation, but he's mostly immune to drama because the Paranormal Drama Llama sticks to the facts. He's not on the attack, he reports confirmed incidents and doesn't speculate.
The PDL's commentary on British paranormal teams can be comical at times, but it's not delivered with any malice or hate, which does make the PDL a trusted source of news from the paranormal world - albeit quite trivial news that's limited to some of the community's most controversial members.
Although the llama's reports are well received, there are some who fear that his videos may inadvertently be feeding the monster. By commenting on their ongoing sagas, disputes and misdemeanours it maybe that the llama is actually helping to increase the exposure of these teams, channels and individuals.
The llama says that some people seem to have a misconception about him and the name of his channel. He explains, "the name is merely a crude but convenient indication of what my content is about; it's not meant to be describing me or how I behave."
So is the llama just another troll? He says not, "that's not my style. Maybe I could be considered a sort of Socratic gadfly though? Perhaps the online paranormal community needs one of those."
We feel sorry for the llama sometimes. It can't be much fun wading through hours and hours of live streams every week watching the same old people ranting about each other, but someone's got to do it. If you're one of those teams or individuals who stirs things up, rants and causes drama, then be warned... the Paranormal Drama Llama is always watching! 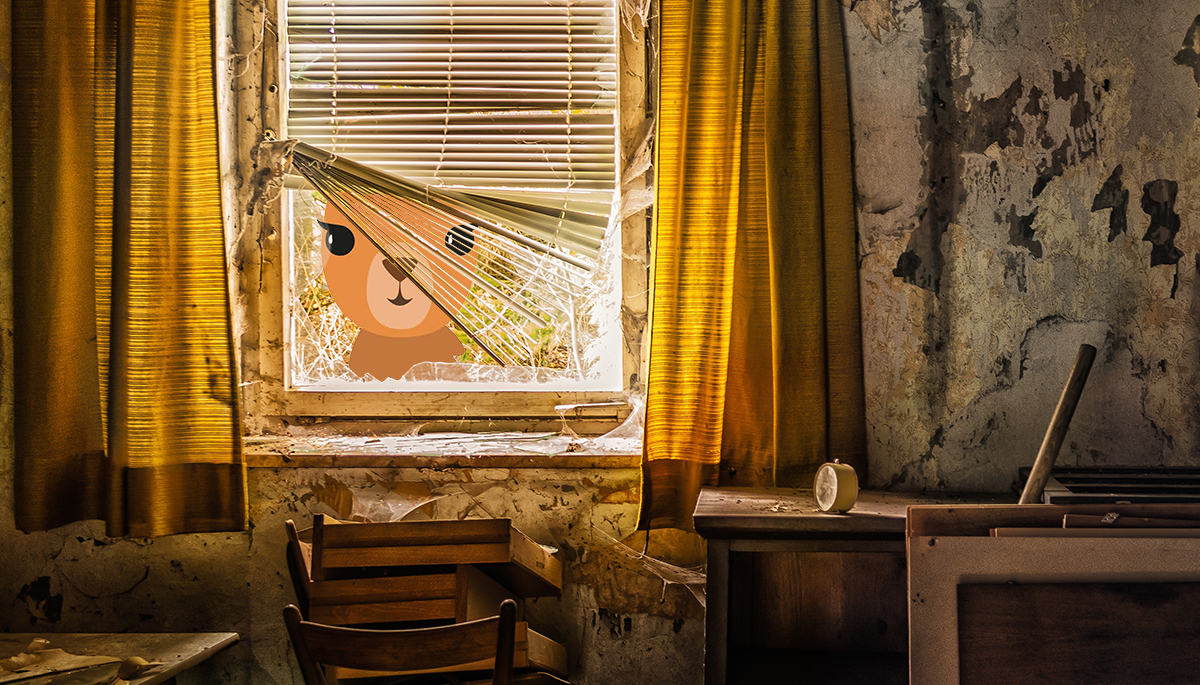 Photo: © Shutterstock
With the end of the year upon us, the Paranormal Drama Llama has launched the 'Drama Awards' to look back at some of the year's most dramatic moments and individuals.
The tongue-in-cheek awards are designed to inject a bit of fun into the end of a miserable year. With the help of his followers the llama hopes to dish out 14 awards in various categories including the most gripping feud, biggest drama queen, twit of the year, biggest ego of the year and worst clickbait culprit.
As well as naming the most dramatic from the online paranormal field, there's also a positive award which will be given out to the most ethical investigator or investigators of the year, although the winner could be hard to name since the most ethical researches in the paranormal world tend to keep themselves out of the limelight.
The public have already been asked to suggest categories and nominated the biggest drama culprits of the year. Voting for the awards is open with the winners being announced in mid January. If you haven't voted yet, you can have your say here before January 11.
You can catch up on the latest drama on by checking out the Paranormal Drama Llama's official YouTube channel, or read his blog on Facebook.
Tags:
paranormal

A miscommunication in the workplace may have you pondering a career change. Do not be hasty. Take the time to go back and review what was said, what is the policy change, ask pointed questions. You may find it is... Read More 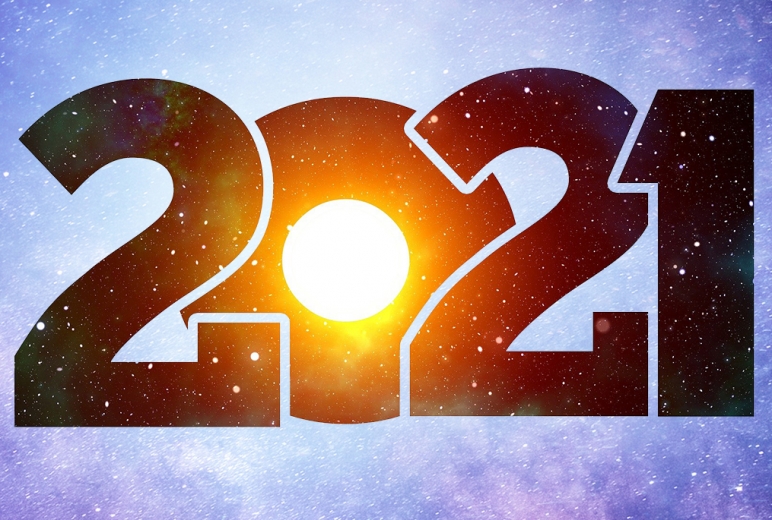