This article is more than three years old and was last updated in January 2021. 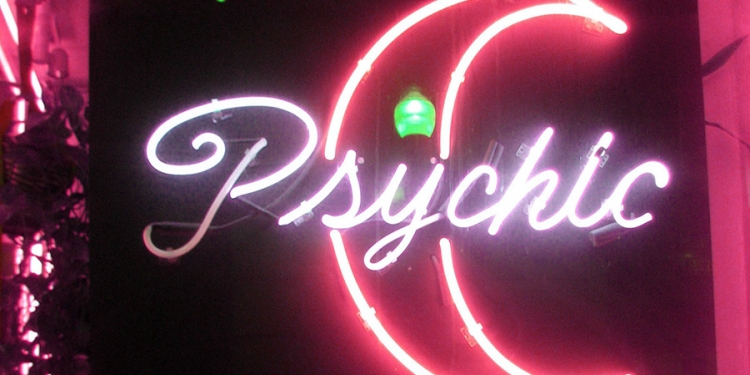 Photo: © Boston
You may have noticed that the majority of mediums giving readings on psychic websites are female. Going back further, palm reading and fortune telling is traditionally a female dominated profession. So why is it that most psychics seem to be women?
Some of the largest psychic reading websites in the world have said that they mostly employ female mediums and that more female psychic readers than male apply to join their team. This could be in part down to the fact that psychic work offers the flexibility that women look for when they’re juggling careers and family life.
But, is flexibility of working hours the only reason why more women apply to be mediums, or are women more likely to have psychic abilities, or at least believe they do?
It may well be that more women believe in the occult than men. A 2009 study conducted by the Pew Research Centre found that women are twice as likely to visit a fortune teller or a psychic.
This could be rooted in old fashioned gender stereotypes, which have given women more freedom to be feeling-oriented, while men are encouraged to bottle up their emotions. This is why the phrase "women's intuition" is commonly used, where as in the traditionally male dominated business world, a man is much less likely to admit he's acting on a hunch or instinct, instead citing logic or experience as the mechanism that led to his decision.
In order to want to work as a medium, you have to have some interest in helping others and this could be seen as more of a female motivation. A 2006 study carried out by Elizabeth Hampson and her team at the University of Western Ontario found that women may be more sensitive to all the emotions of others because of their greater need than men to bond with their children.
It probably comes as no surprise that women are more empathetic than men, after all some estimates suggest that up to 95% of all psychopaths are male, a condition characterised by a lack of empathy. Although some argue that these figures could be drastically skewed based on the belief that female psychopaths often aren't recognised or diagnosed.
Another sign that women are more emotionally in tune with those around them is that they are more likely to yawn when someone else does. According to new research from the University of Pisa, women are twice as likely to indulge in a contagious yawn as men, which is a sign of empathy, says the lead researcher, Elisabetta Palagi.
Many men do have flashes of psychic intuition or class themselves as a medium, but it would seem that women, based on their greater empathy and increased likelihood to believe in mediumship, are more likely to take up a career as a clairvoyant.
Some believe that women's tendency to put more faith in the predictions of psychics is to do with historical inequalities. One online commenter thinks that "straight white men believe that they're in control of their own lives, women and minorities less so." Could it be the case that it is those who feel less in control who take comfort from the idea of fate and destiny?
Katharine Greenaway from the University of Queensland thinks so, she says, "not only does belief in precognition increase feelings of control, it does this particularly when people feel low in control."
This can be backed up by recent reports that more and more business owners, bankers and those within financial organisations have been seeking advice from psychic mediums due to the uncertainty of the future of British business as a result of Brexit.
Mike Sosteric, a sociologist at the University of Athabasca in Canada, says that "a time of crisis drives people to seek big answers for big questions. Through tarot, people can mimic a sense of control." The same was seen at the height of the global financial crisis.
There is one area of mediumship that bucks the female trend and that's when it comes to stage and television. Despite the fact that in the wider world most psychics are women, in the entertainment field celebrity psychics are more likely to be male.
When you think about celebrity psychics here in the UK, it's easy to reel off names of males in the business... Russell Grant, Gordon Smith, Matthew Manning, Derek Acorah and the late Colin Fry. But the only female to reach the same level of fame that springs to mind is Sally Morgan.
The reason that there are so many more male celebrity psychics is probably due to the same reason why there are more male newsreaders, comedians and movie directors. The entertainment industry is a misogynistic world, where to some degree women aren't given the same opportunities to break through as men.
It's also possible that an intuitive, smart and entertaining woman has more attractive options available to her than living the life of an entry or mid-level stage psychic, a career that involves lots of travel, late nights and probably doesn't pay too well either.
Tags:
paranormalpsychicswomens dayparanormal women