Why Do Ghosts Rattle Chains?

This article is more than five years old and was last updated in September 2022. 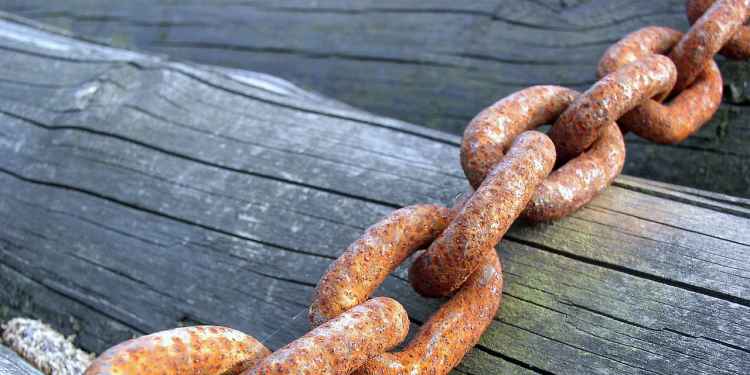 Photo: pixabay.com
When you think of stories of classic haunting, you probably think of footsteps, a drop in temperature, disembodied voices or moaning, and perhaps the sound of clanking chains, but why are chain so synonymous with ghosts?
Most spooky tails of ghosts clanking chains are in the setting of a medieval castle or prison where in life, the spirits may have be bound by chains and it's believed that this activity is continued into the afterlife.
In Charles Dickens' classic ghost story, 'A Christmas Carol' the ghost of Scrooge's deceased business partner, Jacob Marley was weighed down by chains. When Marley appeared to Scrooge, he told him that the chains he wore were a punishment and represented his sins of greed and disregard for his fellow man in life.
But beyond Dickens' Victorian London and grim castle dungeons, why are ghosts said to rattle chains? In fact, how do they even carry or hold chains? Well, is it so hard to believe that the dead could return to the world of the living with chains in-hand? After all, ghosts always bring their clothes with them after their death.
There are plenty of stories of inanimate objects being haunted, cursed or hexed, this can result in them moving by an unknown force. This can include haunted dolls, cursed jewellery or even ghost ships. In the case of the chains, it's not the chains themselves which are haunted and they aren't moving of their own accord, it's the spirit or ghost which is manipulating the chain.
If you subscribe to the "stone tape theory" then there may be an explanation for this ghostly sound. Stone tape theory states that psychic energy or strong emotions can be "recorded" by the surrounding environment, it's most commonly believed by paranormal researchers that it is the stone, wood and even the ground at the location that can store these energies.
When the atmospheric conditions are similar to the time that the event occurred or on the anniversary of the event, the energy can be released by the material and the event is replayed. This may account for the apparitions of humans and the sounds they make but it still doesn't full explain the chains.
Well, there's no imprint of a human's clothing embedded in their psychic energy yet these apparitions always appear with a supernatural reconstruction of their own clothing. Therefore it must be human psychic energy that is binding the clothing to the location.
At the time of the recording, a snap shot of consciousness is stored, this could included their thoughts or feelings at the time, clothes they were wearing and even tools or restraints. So, it's most likely the psychic energy of the living human which stores a memory of the chains or the sound of the chains.
Tags:
paranormalghosts