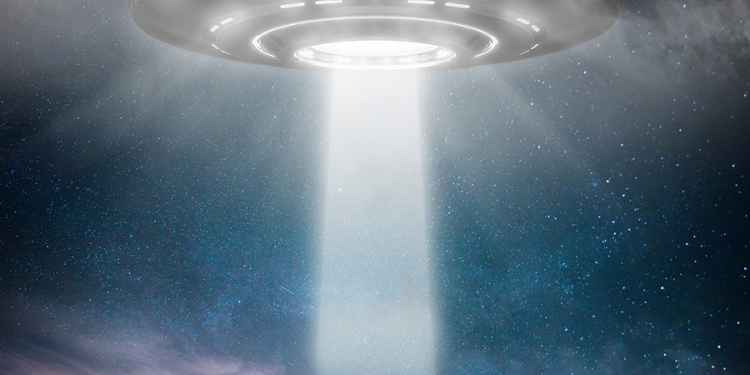 Photo: pixabay.com
When you see a group of unusual lights in the sky at night you might jump to the conclusion that it's a UFO, but if you think about it, that doesn't make any sense at all.
Speak to any conspiracy theorist and they'll tell you that alien life has been visiting Earth in secret for hundreds of years and they've done their best to hide their existence from us humans. It's said that they are quietly watching us, collecting data and trying to keep themselves hidden from humanity so as not to interfere with our evolution.
So, if they are trying not to be noticed, why do aliens cover their spacecraft in so many lights?
After all, surely they don't need headlights. The belief is that flying saucers can navigate through the hazards of hundreds of lightyears of deep space, yet when they get to Earth they seem to need headlights to see where they're going.
It's could be argued that these lights might be so that other craft from their own planet don't crash into them, or perhaps to stop human planes hitting them. But, surely if they can cross the gulf of space, then their technology should be advanced enough to detect objects on a collision course and automatically move the craft to avoid an impact. After all UFOs seem to be able to accelerate from stationary to high speeds in an instant in any direction.
Even our primitive species can hide aircraft from enemy radar and we are already experimenting with invisibility by covering vehicles in adaptive screens that help them blend in with their surroundings. So, you would have thought that an advance alien race would have invented a cloaking device by now.
You could argue that these lights are part of the aliens' propulsion systems, but if you're on a covert mission then you'd think they'd find a way to mask this when they get close to a planet, perhaps by switching to a more conventional type of engine.
Why not keep a safe distance and use a discreet reconnaissance drone that would be harder to spot in the sky?
Logically, if you see strange lights in the sky then this should tell you that it is in fact not an alien spacecraft and is of Earth origin.
The actual reason why we assume alien spacecrafts must have lights on them is because that's how they are depicted in science fiction. Flashing lights look futuristic and we've been conditioned to expect them by popular culture. It's the same reason why R2D2 is covered in flashing lights.
Add A Comment
Tags:
unexplainedufos

Danny Robins Delves Into The Case Of The Todmorden UFO