Why Is Veil Between The Worlds Thinner At Halloween? 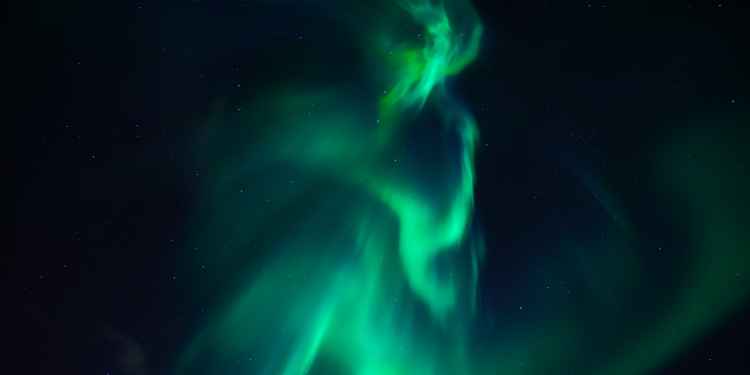 Photo: pixabay.com
As Halloween approaches we often hear that "The Veil between the worlds is thin" leading to an increase of paranormal activity and spirit contact. Why is it that this ethereal barrier weakens around October 31st?
In literary the definition of a veil is something that prevents you from knowing what is happening. In context, "we want to lift the veil of secrecy that surrounds government decisions."
In the world of the occult and the paranormal, the term has similar connotations. The Veil is said to be something the prevents us from seeing what is on the other side. It separates the physical world we live in from the plane of existence that ghosts and demons inhabit - the spirit world.
Of course no one has ever seen, touched or measured this invisible barrier. It's really nothing more than a metaphor for the spiritual bridge that must be crossed in order for mortals and spirits to collide.
In Celtic mythology The Veil was depicted as walls of mist that acted as a dividing point between the known and the unknown. How ever you envisage the barrier, in essence it represents an inability to see beyond, perhaps due to the limitations of our five senses.
While most agree that The Veil represents a shield that makes it more difficult for spirits to cross into our realm and stops us from getting a glimpse of their realm. Others attach deeper meaning to The Veil, especially when it comes to mediumship. They believe that if you are gifted with psychic abilities or are able to communicate with spirits, then your abilities are simply allowing you to peek behind The Veil, or call spirits through this energetic barrier.
Taking this a step further, some believe that The Veil acts as a consciousness filter. This is based upon the belief that all life is part of a shared field of psychic energy, a collective consciousness. It's said that when some of this energy passes through The Veil and takes on a human form giving us our life force, that it forgets what is on the other side of the barrier. We are sheltered from the truth of who we really are and that we are all connected.

The Thinning Of The Veil

The ancient Celts believed that on October 31st the barrier was at its thinnest and they called upon the demon Samhain, who was able to summon spirits from the other side into our realm. This concept has lived on in many different cultures, and today it is believed that when The Veil is thinner people have increased psychic abilities and experience more paranormal activity than normal.
While The Veil is thinner than normal, a period which lasts from around mid-September until the start of November, it is said to be easier to make contact with the spirits of our ancestors and that the dead can even cross over into the realm of the living more easily and walk among us.
The Pagans were aware of this, in fact it is how Halloween costumes originated. By dressing as ghosts, monsters and demons, it was believed that they would blend in with any spirits coming through The Veil on All Hallows Eve.
Around the world there are many cultural festivals that honour and celebrate the dead around this time of year. In some traditions it was commonplace to invite the spirits of loved ones into your house. Often families would set an extra place at the dinner table for them.
While many people are aware that The Veil thins, very few actually notice it, but for some it can have a profound effect on their lives.
Those who are open to spiritual energy, are clairvoyant or clairsentient may pick up on the change in energy around them. They may become more intuitive or psychic than normal, encounter more paranormal activity than most, and become emotional, drained, tired or even ill.

Is The Veil Really Thinner At Halloween?

Does the thickness of this ethereal shield really change during the Halloween season? Well, metaphorically, yes.
You need to remember that The Veil isn't a tangible barrier that we can measure. No one has seen it or can touch it or measure it, so we have no way of knowing if it is thicker or thinner at any point of the year. The Veil is simply a metaphor for an unimaginable filter that stops the physical world and the spirit world from colliding. The reason it is said to be thinner at Halloween is not because someone has measured a decrease in the thickness of some glowing wall of energy, but because we notice an increase in the amount of spiritual and paranormal energy we encounter.
The truth of the matter is that we encounter more spirits because we are looking for them at this time of year. Around the world millions of people are celebrating the dead, indulging in occult practices and intentionally calling spirits into our realm.
This does mean that the metaphorical barrier is thinner, or at least we will perceive it to be because our collective energy and heightened awareness makes the spirit world more available to us. The more people that focus their intent on making contact with the other side, the stronger the likelihood becomes.
The increase in activity could also be to do with the fact that Halloween falls during the winter months in the northern hemisphere, a darker time of the year and darkness seems to increase the likelihood of a haunting. Many paranormal investigators believe that in order for a spirit to manifest, to become a ghost or a figure, it needs to draw on all of its energy to become a physical, or at least visible form. The belief is that in a light environment a spirit doesn't always have enough energy to manifest and become visible, its being drowned out by surrounding energy fields.
The effect is similar to the principle that a radio has better reception at night, you'll find you're able to pick up radio stations from further away. This is because during the day, solar radiation from the sun ionises our atmosphere.
Tags:
paranormalhalloweenhalloween 2019