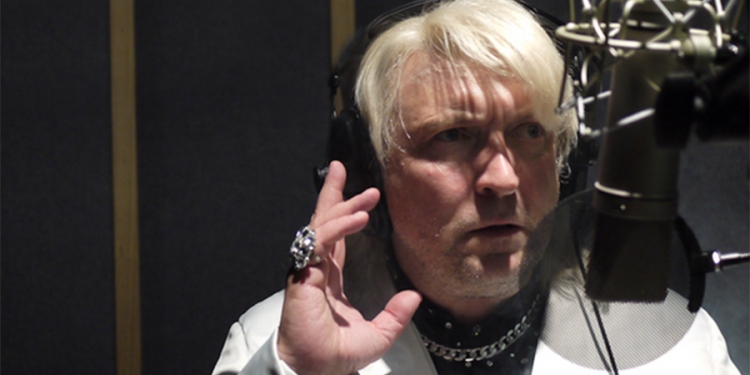 Fans of the occult and spiritualism will be pleased to hear that British clairvoyant, medium and psychic, Clinton Baptiste has launched a new paranormal podcast.
In the podcast, the psychic, invited us to pull back our spiritual curtains and probe the dark void of the universe, as he brought us 20 minutes of supernatural entertainment. Clinton promised that his Paranormal Podcast will be "taking you further than any other spiritual podcast, join me as we probe our souls."
The first episode, which stars Alex Lowe, Bob Golding, Lewis Macleod, Sarah Thom and Alison Ward, kicked off with Clinton's messages from the celestial realm. This included an emotional message for Gerry and Diane Renshaw on the Isle of Wight, "grandad says 'you're a soppy sod, stop fiddling around in the garage, don't pull it or the head'll come off'."
Next Clinton gave an impressive display of his psychic abilities as he attempted to help a caller with a difficult decision regarding a new job. Bob called into the podcast from Uxbridge to try to contact his step father who passed two years ago. Clinton was able to correctly tell Bob the name of his late step dad, "Roy, it's an R." Clinton was correct, his name was Terry, which as Clinton pointed out has to Rs in it.
Clinton was also able to correctly state that Bob was going into a new job "using his hands" as a teacher. Unfortunately, from this point on the call didn't go according to plan, but the caller was entirely to blame for this and it was in no way an indication that Clinton's skills aren't up to scratch.
Bob wasn't being very precise with the information he told Clinton, even the spirit of Bob's step dad wasn't following the conversation, according to the psychic. Eventually a frustrated Clinton was forced to tell the caller, "try to make yourself a little bit clearer, Bob, because Terry and I are both confused now."
After the call, we were treated to the highlights of a ghost hunt, recorded on location at the severely haunted Standish Hall near Wigan. Clinton was joined in the former brewery by Lisa, a local student who was "shitting herself" throughout the recording.
Also on hand was June Woods, who runs tours of the property, and a local priest, Father John Gregory. The team made their way into the dark building, where visitors are said to experience strange goings on that are increasing in prevalence. Clinton started by professionally calling out to the spirits in a manner that they would understand, "if thou art spirit, make thy self apparent to us. Was't thou do something for us spirit?" Sadly nothing happened at first.
They eventually encountered a spirit known as "Old Michael", a religious man who in life was always found wandering around the cellar with the barrels of ale. He died after having a wooden funnel used in the brewing process forced into his rectum. June was able to confirm this story, "it's true, we've got records."
The podcast ended with Clinton chatting to his friend from the world of the occult. He was joined on the phone by Ramone, a clairvoyant with extraordinary powers who's a bit of a legend in paranormal circles as a psychic to the stars. In fact, during their conversation, Ramone was able to make contact with the spirit of Michael Jackson. But was Clinton impressed by this? You'll have to listen to find out.
The episode was a brilliant start to the series. It delivered plenty of laughs, all of which weren't too far removed from the ridiculous world of celebrity psychics. Ironically, as far as I know this is the only psychic podcast that doesn't come with the disclaimer "for entertainment purposes only."

Listen to episode one of the Clinton Baptiste Paranormal Podcast here and remember to follow him on Twitter for more updates, @realclintonb.

Who Is Clinton Baptiste? 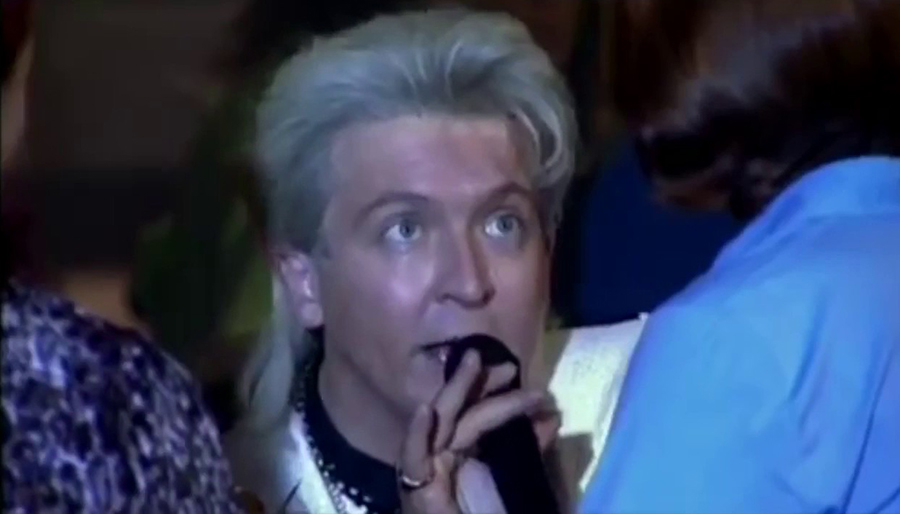 Clinton Baptiste is an international psychic who first appeared in the third episode of Peter Kay's 2001 comedy series, 'Phoenix Nights'. He performed live at the Phoenix Club's psychic night. During his performance at the club, Clinton was able to successfully gain insight into many of the audience members' lives. He even correctly told one man that his 93-year-old mother, who'd passed away, "slowed down towards the end" and broke the news to another that she's terminally ill.
Clinton is performed by comedian Alex Lowe, who has worked on several of Peter Kay's projects including the genius 'Britain's Got the Pop Factor... And Possibly A New Celebrity Jesus Christ Soapstar Superstar Strictly on Ice'. He's also worked alongside Peter Serafinowicz in his 2007 sketch show, and gave a memorable and emotional performance as Lee Griffiths, owner of Griffith's Game Megamart, in Serafinowicz's 2005 show 'Look Around You'.
Add A Comment
Tags:
paranormalcomedytopical