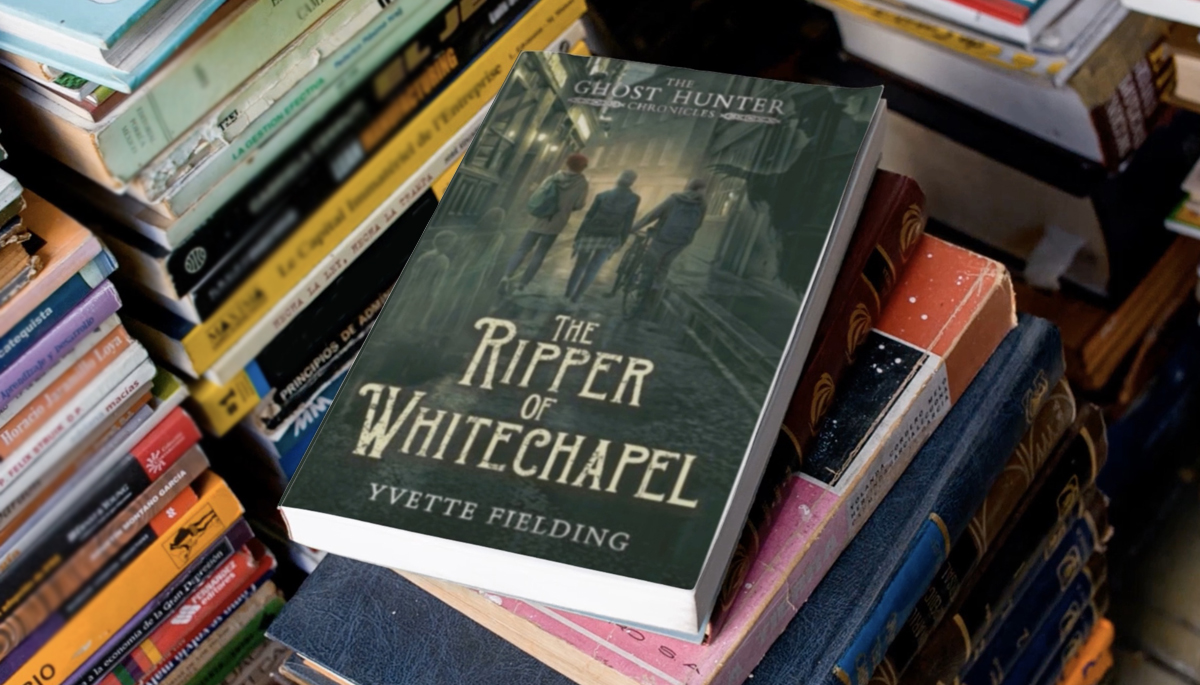 Star of 'Most Haunted' Yvette Fielding talks to us exclusively about the second instalment in her series of ghost-hunting themed books for kids. 'Ghost Hunter Chronicles: The Ripper of Whitechapel' is released on September 29 and can be pre-ordered now on Amazon.
We spoke to Yvette for a full half hour about the book, how it pulls on some of her own ghostly experiences, trends in ghost hunting, and trust in paranormal television shows. You can watch the full chat below.
The book once again revolves around Eve, Tom, and Clovis, but things get a little dark for the three friends with a passion for paranormal investigation in their second adventure. Yvette said, "I think because some of the activity is based on me and I've witnessed it, that's what makes it even more scary, for me anyway when I'm writing it."
A moment near the start of the book describes a report of a particularly violent haunting, which seems to have links to on of London's most infamous former residents. Yvette tells us about the moment the deputy headmaster of a haunted school gets injured by a ghost, "he gets burned, and that's something I've witnessed for myself with 'Most Haunted'."
At this point in the book the ghost committing these awful hauntings is unknown to the reader, but given the book's name it should come as no surprise when it's confirmed to be the malevolent spirit of the notorious Jack the Ripper. In 2005 Yvette and the 'Most Haunted' team went to the East End of London in search of hauntings related to the Ripper.
It's not just demonic burn marks that haunt the fictional east London school that serves as the primary haunted location in 'The Ripper of Whitechapel', there's also a moment where wet footprints appear in a corridor. This is something else the television ghost hunter has experienced herself during an investigation of the Queen Mary in California.
Remembering the eerie moment the footprints appeared beside the historic ship's pool, Yvette said "I'll never forget that night when we found those little wet footprints, child's footprints." She added, "I remember everyone being totally gobsmacked, particularly the parapsychologist."
In the book the ghost-hunting kids are guided on their first proper assignment by Eve's Uncle Rufus, an avid inventor who builds his own devices for communicating with the deceased. Some of these gadgets are based on Yvette's own wishes and ideas for ghost hunting tools, such as a lighting up tapping board which she'd like to have the use of in the real world. She said, "I'd love to be able to find, whether it be a toy manufacturer or somebody, to be able to actually illuminate those letters." This would mean that when a spirit knocked during a vigil, a lighting up board would be able to spell out a word.
In 'The Ripper of Whitechapel' Yvette writes about a ghost hunting contraption based on the concept of an old Victorian spirit cabinet, which was originally developed by the Davenport Brothers. Yvette told us about the origin of these cabinets, which were actually curtained boxes big enough to conceal several people inside. She explained, "they used to start of almost like a magician's trick, so both men would sit inside this wardrobe, but they'd be tied down. Their hands and legs would be tied. And then they'd put like tambourines and trumpets in there. And then low and behold the doors would close and they'd hear the tambourine shake or they'd hear the trumpet blow." The method became popular in the spiritualist movement, Yvette said, "it proved to be a really useful tool."
The second book in the series introduces us to a new character Anwaar Saygh, who's a demonologist with Syrian roots. Yvette told us, "Saygh was my grandmother's maiden name. So, my grandmother came from Homs‎ in Syria, which sadly has been blown to bits, but I really wanted to bring her into it and also my ancestry from that side of the family."
Yvette not only introduces us to new characters in this book, but new locations. The kids soon learn from Uncle Rufus that they have the backing of an organisation dedicated to investigating haunting around the world called the Society of Paranormal Investigation, which has its secret headquarters in an old abandoned London Underground station.
Yvette remembers visiting the same station herself for an episode of 'Most Haunted' and a live special. She said, "it's such a creepy, creepy place, and so when I describe them going down in to this sort of hidden world in this lost underground tube station and then sort of walking along the tunnels, I remember what that felt like."
There's still plenty to come from Eve, Tom, and Clovis. Yvette has already written the series' third instalment, which currently has the working title of 'The Rise Of The Pendle Witches'. Yvette confessed, "I think we all have a fascination with witches, don't we."
'The Ripper of Whitechapel: Ghost Hunter Chronicles' will be released on September 29, 2022 and is available to pre-order now.
Tags:
bookstopicalparanormal