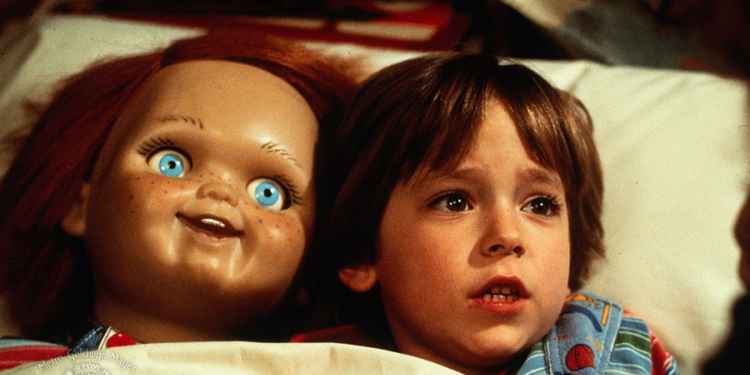 'Ghost Adventures' star Zak Bagans has added a new eerie item to his haunted collection, one of the original Chucky doll props from the classic horror, 'Child's Play'.
According to TMZ, Zak forked out a massive $11k for the doll, which appeared in the first film in the movie franchise back in 1988.
Chucky is for many the stuff of nightmares, but for Zak the prop is a perfect fit for his collection of supernatural memorabilia, which already includes other famous movie props - the original ghost trap from the 'Ghostbusters' and the sinister clown doll from the first 'Poltergeist' movie.
The Chucky Zak purchased at an auction is a carrying prop and was used before the doll's transformation into a possessed psychopath, after the consciousness of a fictional serial killer is transferred to the doll in voodoo ritual.
Chucky's first movie appearance begins with a satire on marketing toys to kids and the children's toy industry as a whole, but the plot soon takes a darker twist into the horror movie that we know today. The film went on to spawn a string of sequels including 'Bride of Chucky', 'Seed of Chucky' and 'Curse of Chucky'. The terrifying, killer doll was later given a makeover for a 2019 reboot of the original movie.
It's not yet known if the extremely rare doll will be part of Zak's personal collection, or whether it will go on display in his Haunted Museum in Las Vegas.
The museum, near Charleston Boulevard and 6th Street in Vegas, has thousands of supposedly haunted and demonically possessed items on display.
It is already home to four real alleged haunted dolls, Gretchen, Cynthia, Lilly and Peggy - who is said to cause people to have heart attacks. The attraction is already said to be packed full of so many disturbing haunted items that guests are required to sign a waiver to enter and under 16 year olds are not allowed in.
Other infamous haunted items on display in Zak's museum include a chair from the room where Michael Jackson died, and the infamous van that was fitted out as a mobile assisted suicide wagon by the controversial, Dr. Jack Kevorkian.
Earlier this year Zak acquired a haul of serial killer John Wayne Gacy's personal possessions, which he added to his true crime exhibit. Between 1972 and 1978, Gacy murdered 33 young men and boys that he lured into his home. Most were handcuffed and strangled. He then disposed of almost all of the bodies in shallow graves beneath his house.
This year Zak also became the proud owner of some of Joe Exotic's personal possessions after filming an episode of 'Ghost Adventures' at Joe's former animal park which was made famous by Netflix's 'Tiger King'. The investigation aired as the show's 2020 Halloween special.
Over the last few years Zak has added a whole list of famous haunted items to his collection, but how well do you know the television ghost hunter's hoard? Try our Zak Bagans' Haunted Possessions Quiz now.