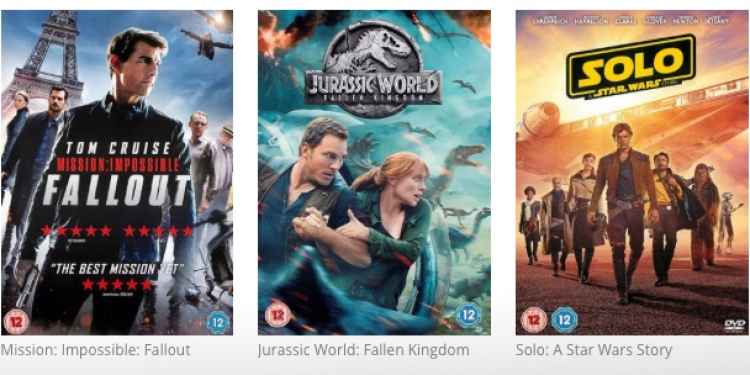 See more of the latest films on DVD and blu-ray and save money – 30 days free trial – cancel anytime – perfect for film lovers!
Whilst many of us have gone streaming mad – with millions of us in the UK members of Netflix and Amazon Prime, not to mention iPlayer and streaming services from all the other major UK TV channels – sometimes finding decent films can be a challenge, not to mention an extra cost on top of your streaming subscription.
We recently started using cinemaparadiso.co.uk so we could watch a few of the latest big-name films and save money compared to paying for individual film downloads. The service is similar to Lovefilm (before Amazon bought them) – you organise your account online, pay a low monthly fee from just £6.98 a month (once your free trial is up), and films come to you through the post.
We’ve got a 30 days free trial offer for you to have a go yourself and see what you think – and there’s no lock-in – you can cancel your membership whenever you like.
Give it a go and see what you think.

Haven’t DVDs had their day?

Not necessarily. Whilst we’ll keep our streaming subscriptions for the time being, services like Netflix are increasingly reliant on producing their own films and TV shows and are showing fewer cinema-released films.
Sometimes it’s great to watch a blockbuster, an older film, or perhaps choose from a broader selection of films than you’ll find on streaming services. For example, CinemaParadiso is packed with an extensive library of foreign films from around the world in addition to all the blockbusters you would expect. We were pretty wowed when we saw how eclectic their film library was.

What about TV series?

You may have noticed there’s a lot of high profile tv shows missing from Netflix and Amazon Prime. If they are listed on Amazon Prime, quite often you have to pay to watch them. You won’t find that an issue during your 30 day free trial on cinemaparadiso.co.uk. Game of Thrones, The Walking Dead, Veep, Silicon Valley, Westworld, The Handmaid’s Tale, House of Cards plus classic ‘box sets’ such as The Sopranos, 24, Breaking Bad, Doctor Who etc.
All we can say is we’ve been really happy with the service so far. Low cost, great choice, fast turnaround on the discs.
Give it a go free for 30 days – if you’re not happy, you’re free to cancel at any point.