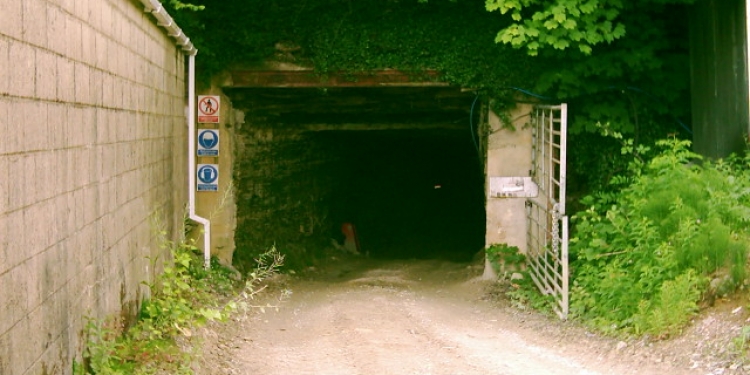 A fairly small quarry which was never heavily converted although acquired by the war department for storage, it is now back in use as a Bath stone quarry.

Located just a mile away from Ridge Quarry, Elm Park is a fairly small quarry worked with horses and carts until 1920 for Bath stone. The hard stone was used for curbstones.
Early on in the Second World War it was acquired for use by the No. 40 Group for storage of lubricating oils under the command of RAF Quedgely.
Unlike some of the larger quarries very little conversion work was ever carried out here, lights were only fitted in the main haulage ways and therefore it was unsuitable for use as storage for the drums of oil so it was transferred to No. 42 Group in March 1941.
The quarry successfully trialed the storage of larger ammunition, it was perfect for this as it had a gently sloping adit entrance fitted with a modern electric winch which meant easy access for large heavy explosives. However as no extensive conversion work was ever carried it out it was deemed unsuitable for further military use and the site was taken out of action in June 1943.
Elm Park was also one of the smaller quarries ear marked by the Ministry of Aircraft Production for intended storage space for aircraft engines produced at Spring Quarry but it was never put to use.
Add A Comment
Tags:
undergroundwiltshireurbex