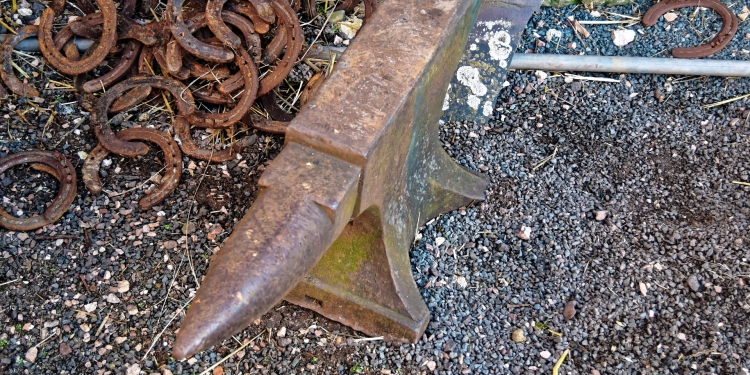 Old Iron Works, originally known as Fussells' Lower Works is an abandoned iron works, comprising mostly of roofless stone building shells, some still with the metal beams or stairs intact. Some of the old works still remains such as old furnaces. Underneath the works there is a network of small underground tunnels. Most of the site has now been taken over by the elements which makes these large stone buildings even more interesting.

Accessible from one side, fenced off from another, but the fence can be easily walked around.

History Of The Old Iron Works

Fussells' Lower Works is located south of the village of Mells, not far from Frome in Somerset.
The site has an industrial past dating back as far as 1500 but the iron works as which remain as ruins today was built following John Horner's agreement to lease to land to James Fussell III in 1744.
The iron works were used to produce agricultural edge tools and to forge Iron plates. At its peak the plant employed 250 people and operated for many years under the watch of various members of the Fussell family.
The tools produced by Fussells were exported across Europe and to America. However, business declined towards the end of the 19th century, by 1895 production had ceased and the company folded in 1900.
The works are now of significant interest to industrial archaeology and part of the site is Grade II listed.

The Remains of the iron works in Mells Near Frome in Somerset UK. Photos taken in early 2013. Note the Icicles.