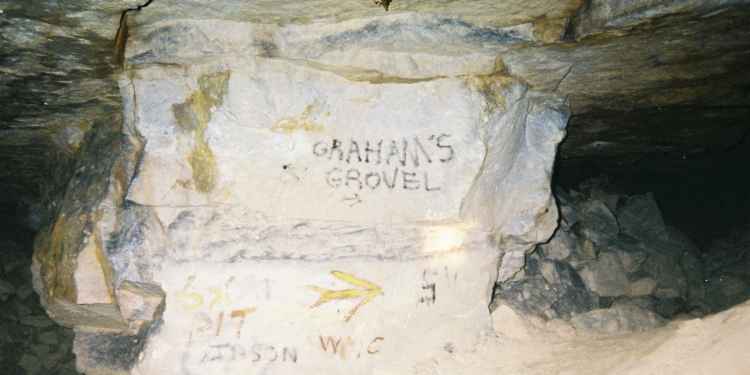 An old stone quarry haulage way running from the converted ammunition depot of area of Monkton Farleigh through to the old abandoned stone workings of Browns Folly Mine.

Full access as part of Browns Folly mine but the Monkton Farleigh end is now likely to be blocked as it leads into a storage company's underground storage area.

From behind the district 20 fan chamber an old stone quarry adit runs off into the old workings below Browns Folly Mine. This tunnel was sealed off in 1943, but in 1989 the owners of Monkton Farleigh at the time broke into it to photograph it. They had to break through a 4' thick concrete wall to get into the tunnel. For most of its length it is clear, but the last two hundred feet or so is packed full of backfill, and it took nearly two years to dig through into the extensive old workings beyond.
During construction of the ammunition depot this was the only way into 20 District, but it became redundant when the 19/20 drift was excavated.