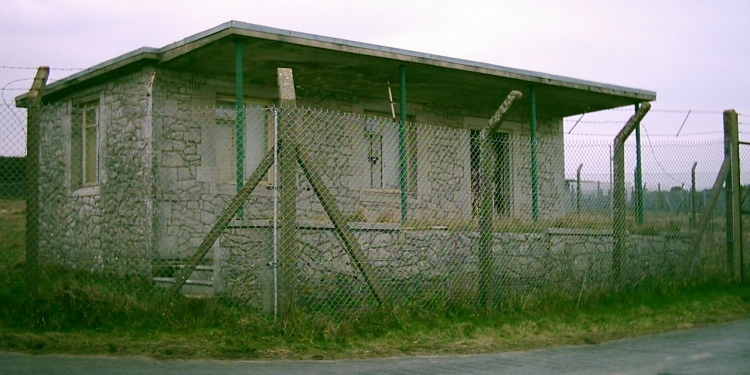 A single story, underground operations block constructed in 1950 as part of a project to provided complete radar cover for the UK, it went in to operation in 1953. The site is now in private ownership.

The bunker is privately owned and there is no public access.

In the 1950s the Air Ministry launched a top secret project which provided complete radar cover for the UK, it was one of the UK’s largest defence project costing roughly £240 million. The high cost was due to the fact that at each ROTOR site meant that huge underground bunkers needed to be constructed as well as many reinforced surface buildings. Part of this project was the Centimetric Early Warning (CEW), it was supposed to be the first contact point with any attacking force. Eight CEW sites were constructed all over the country including the one on the Isle of Portland. The Portland CEW Radar Station was constructed between 1950 and 1951, the site came in to operation in 1953. The site consist of a single story, underground operations block, access to this underground area was from a purpose built bungalow on the surface, this was a reinforced concrete building with a local Portland stone finish. The bungalow housed a lift shaft which also had an iron staircase winding around it. There was also an emergency exit which was fitted with a ladder, this surfaced in a small building which also double as ventilation and a transformer house. Many changes were made to the bunker by the MOD in recent years to make it safe for the public before several open days during the sale of the site in 2001. After auction the site is now in private ownership, partly used by telecommunications companies as a ground base.
Tags:
undergrounddorseturbex