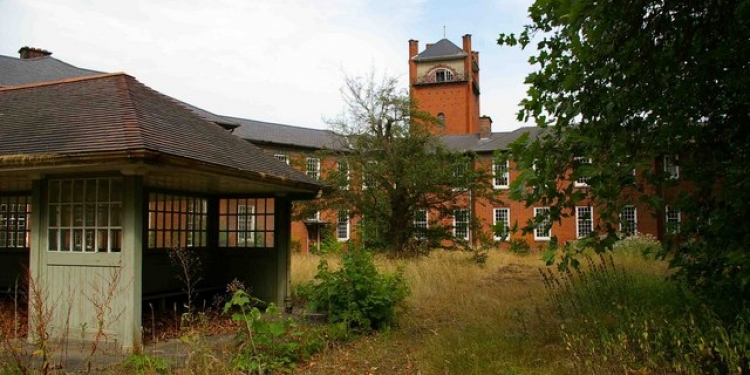 Severalls Hospital is an abandoned psychiatric hospital in Colchester, built in 1910 and it its peaked could care for 2,000 patients.

The site is surrounded by a large fence and protected by regular security patrols.

Construction of the hospital started in 1910, and the hospital opened its door in May 1913, spread across a 300 acre site.
At the time of opening the hospital was praised for its smart design which meant that wards, offices and services were located within easy reach of each other via a network of efficient, interlinking corridors.
The hospital was known for allowing its psychiatrists to experiment on patients with new treatments. Many of the practices that were trialled are now considered unsafe or ineffective, such as electro-convulsive therapy and the brutal procedure of frontal lobotomy.
Along with other psychiatric institutions in the UK, Severalls was closed in the early 90s but a small section remained open until 1997 to provide treatment for elderly stroke suffers.
The main building were eventually closed in 2013, however some of the hospital's outbuildings remained in use until 2016.
There are now plans to redevelop the site, initially 248 new homes will be built but the developers plan to retain some of the original hospital buildings including the Administration Building, Larch House and the water tower.
Tags:
urbexessex