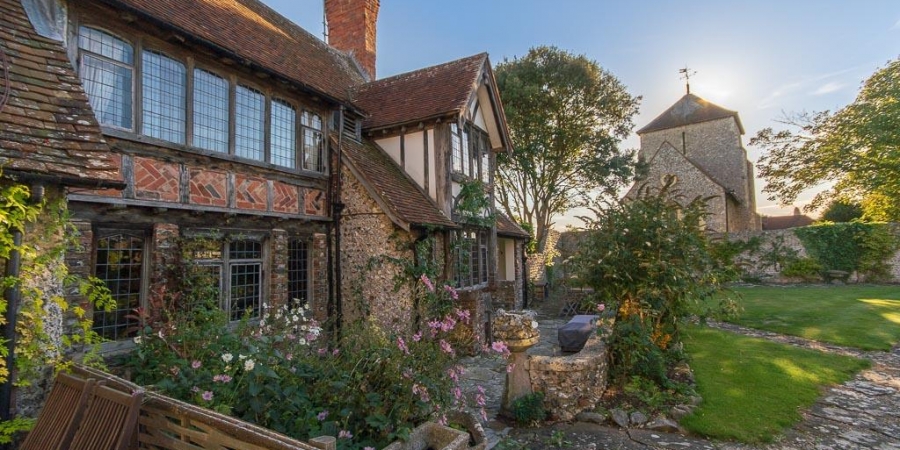 A crescent of seven cottages that were converted into the Tudor Close Hotel in the 1930s, which became popular with the Hollywood stars of the day. By the 1950s the hotel's popularity was beginning to fade and it was converted back into separate private dwellings. One of these houses contains the hotel's guest foyer and lounge, original bar, dining room, a wooden telephone booth in the entrance hall and a secret side passage leading from the kitchen to the bar.

It emerged in Danny Robbin's podcast, 'Uncanny' that this house is haunted by a former resident, Elizabeth Dacre, who lived in the house after it closed as a hotel until she died in the 1990s. Elizabeth has been seen in the house walking up the stairs and staring through the front door from outside.

Her apparition has also been seen sitting on a bench outside the neighbouring church where her husband is buried, the bench where she wanted her ashes to be scattered when she died. There's also been reports of a black bird flying around the bedroom, and a whole room full of diners sat around tables in what was the hotel's dining room.