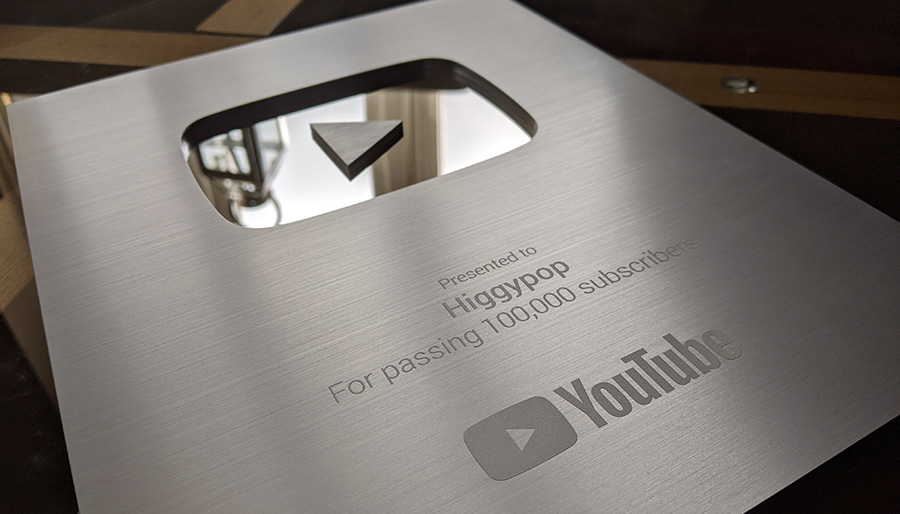 Something amazing happened today here at Higgypop HQ. We were sent a silver YouTube Creator Award for our YouTube channel, Higgypop, to celebrate passing the massive 100,000 subscriber milestone.
Commonly known as YouTube Play Buttons, the video giant awards the custom plaques featuring a stylised silver or gold play button to channels that hit certain milestone subscriber counts.
We picked up a silver award for notching up 100k subscribers, but channels that hit one million subscribers are sent a gold play button.
The awards are designed to recognise the platform's most popular channels and are handed out at the sole discretion of YouTube. Each channel is reviewed before an award is issued, to ensure that the channel follows the YouTube community guidelines.

It's taken us a while to get to this point. Higgypop's YouTube channel was launched by Higgypop founder, Steve Higgins, back in 2006. Even in the video site's early days there was an audience ready and waiting, the site was already serving 100 million video views per day to around 76 million monthly users.
At that time, the most subscribed to channel on YouTube had just 30,000 subscribers. That honour went to Lonelygirl15, which followed the weird story of a Bree, a 16-year-old who was trapped in her bedroom by strict parents who were part of a mysterious cult.
Back in those early days of YouTube, the best way creators could have their videos discovered was if you achieved the almighty honour of being selected by an editor and featured on the YouTube homepage. Higgypop was lucky enough to get featured twice and Steve was even once picked as a guest editor and got to chose which videos were featured on the homepage for a whole week.
Of course the platform has grown to dizzying heights since and video discovery is now solely driven by algorithms. Today the most subscribed to channel is PewDiePie with an unbelievable 103 million subscribers. Around 300 hours of video is uploaded to the site every minute.
We were fairly active on YouTube in the couple of years, but towards the end of 2008 the channel got pushed aside due to other projects. However, in 2014, Steve made his return to YouTube and soon became the go-to channel for magical spells and potion videos.
Within a few weeks of uploading the first potion video it surpassed 1,000 views which at the time was quite a feat.
Based on suggestions left in comments on the video, the potion theme continued and the series of videos went on to become the channel's most viewed content of all time. The channel has now notched up more than 30 million views. Our top video alone has four million views. 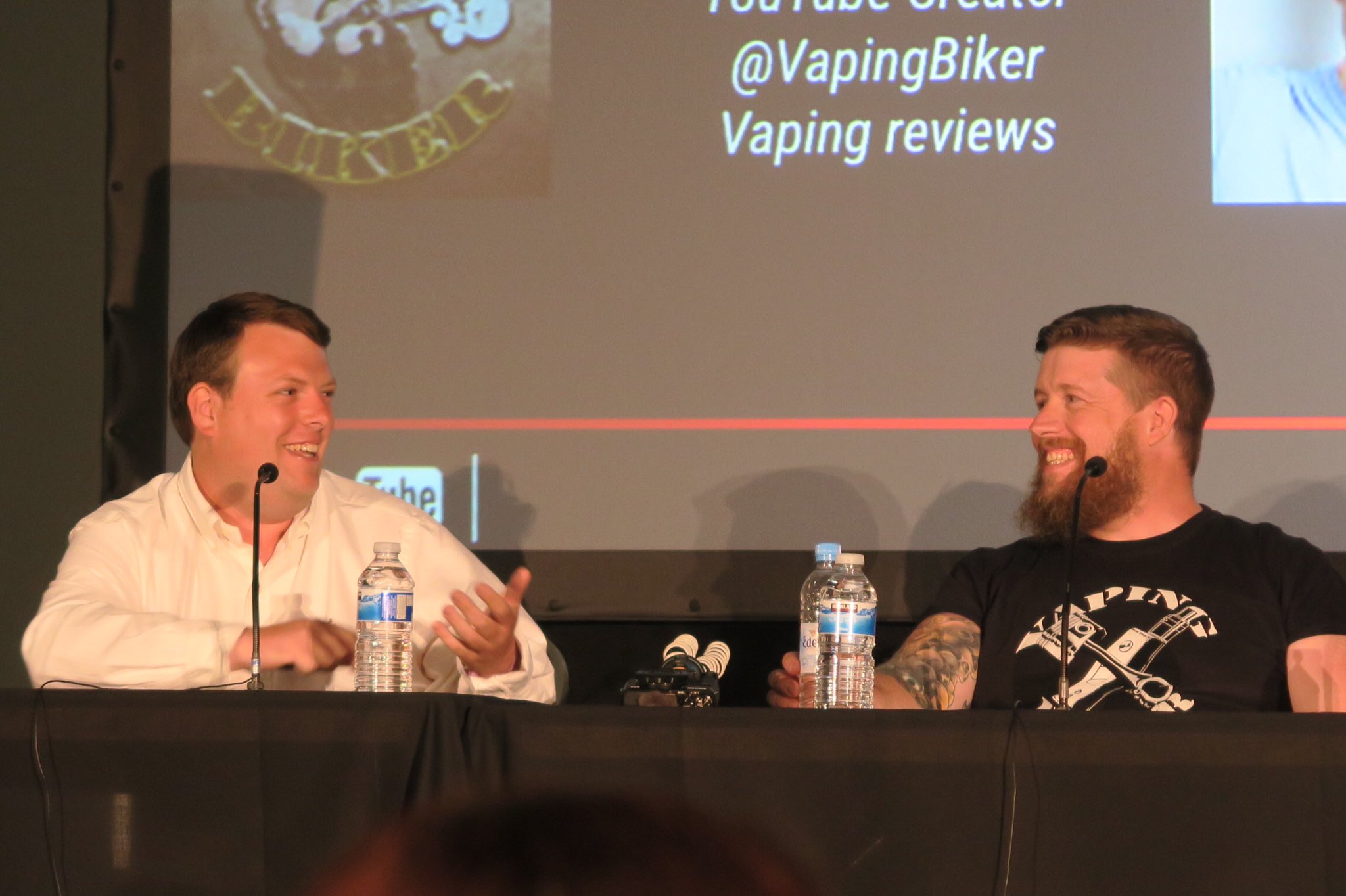 With the channel growing steadily, in 2016 Steve was invited to take part in a panel discussion on niche content at the biggest YouTube event in the UK, Summer In The City.
Steve spoke to the audience of YouTube creators at the event in London. Joining him on the 'Quirky Is The New Mainstream' panel was luxury fashion vlogger Sophie Shohet, maps expert Jay Foreman, and the Vaping Biker.
Hitting the 100k milestone doesn't mean we've achieved our goal and our channel is no more. In fact, quite the opposite. While our channel has been growing, our website has been growing and maturing too, now attracting almost 500k readers every month.
With two huge audience bases spread across the two platforms, it's now time to bring those audiences closer together by ensuring our content is consistent across both websites. That means we'll be brewing less potions, but producing more paranormal content. There are some exciting announcement on that coming soon.
In the meantime, we'd like to thank anyone who has ever watched, like, commented or shared any of our videos and helping us to hit this crazy milestone.