Electronic Voice Phenomenon (EVP) are the mysterious sounds of disembodied human-like voices of unknown origin that are heard through electronic devices. They are usually heard in the form of sounds imprinted on an audio recording.
There's a lot of debate over the best way to capture these sounds, but at the end of the day it's all about finding the audio recorder that works for you.
As a paranormal investigator, choosing the right equipment is important. Kit tends to be expensive, so you don't want to be stuck with something that you find hard to use or that isn't fit for purpose. 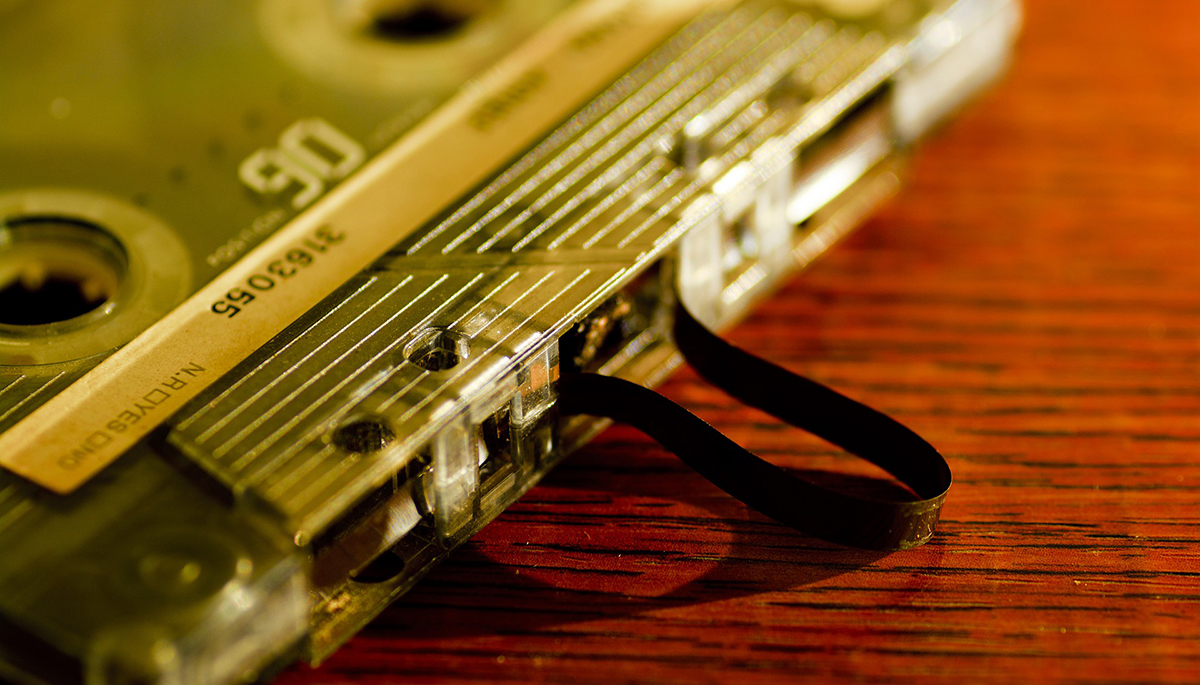 Photo: pixabay.com
The first thing you need to decide is whether you're going to use a digital audio recorder, in which case there's some recommendations below, or if you're going to go old school and research EVPs using retro analogue technology, but which is best?
Normally when debating digital versus analogue audio recording methods, digital is a clear winner. Old analogue devices increase the chance of noise in the recording, this could be in the form of unwanted hiss, pops and rumbling.
But when it comes to the paranormal, it's not so simple and investigators get results using both methods, and of course all the early pioneers in EVP research would have been using analogue devices.
A digital method of audio recording would be a modern handheld audio recorder or dictaphone, the audio recording app built in to your mobile phone or tablet, or audio recording software on a laptop.
Analogue refers to devices that use a magnetic storage medium, such as a cassette recorder or reel-to-reel tape machine. Today these devices are considered to be antiquated, but since it's these sort of recording devices that early EVP research was carried out with, they perhaps shouldn't be ignored now.
Because the mechanics of how a spirit voice can be transposed on to a recording is far from understood, we can't rule out that it could be easier for a spirit to speak via an analogue device. After all analogue devices capture raw audio in real-time on magnetic tape.
Whereas a digital audio recorder samples the audio in tiny slices which are then encoded in to a digital format and saved to a digital storage medium like a memory card or hard drive. Due to the fragmented way hard drives work, the audio may not even be written in a linear sequence on the drive.
So, logic dictates that analogue might be a better method to capture EVPs, although it does have some downsides. It comes at a higher ongoing cost as you'll have to buy tapes if you want to archive your work. There's no easy way to skip back and replay audio instantly or jump between recordings with a tape recorder, you have to use the old-fashioned rewind button.
Most paranormal investigators like the ability to transfer their audio on to a computer when analysing it for EVP. This is easy with a digital device as the audio file can be transferred in seconds. With a analogue device the only way to transfer the audio is by using a sound capture device connected to your computer or laptop via USB. You'll then need to connect the tape recorder's output to the capture device. This type of transfer is done in real time, so if you recorded an hour of audio, it will take an hour to be re-recorded onto your computer.
This type of transfer is a destructive process and if high-quality audio connectors aren't used then additional noise and interference may be introduced into the recording.
Analogue cassette and tape recorders can be picked up on auction sites for very reasonable prices. Before committing to buying one you should ensure that you're able to easily and cheaply buy the tapes you'll need. Surprisingly new and unused tapes are also available for most types of recorders. 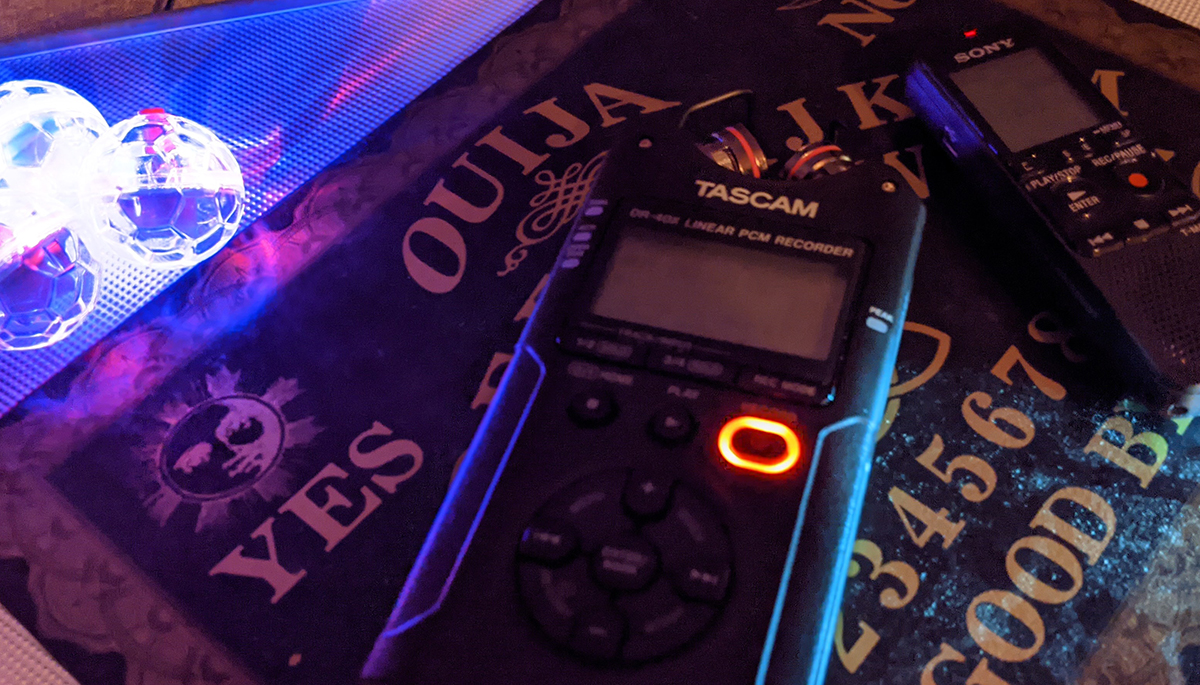 The important thing to remember when choosing an audio recorder is that there is no such thing as a dedicated "EVP recorder". You don't need to buy a specialist device from a ghost hunting store, you just need a normal, off the shelf recorder.
There are countless makes and models of audio recorders available on websites like eBay, Amazon or electrical stores, but four of the most commonly used and most frequently recommended for EVP research are:
The most popular devices are digital voice recorders, most often either Olympus or Sony, which range from about $75 up to $180. The lower recorders in this range are great entry level devices which have outstanding battery life and in-built memory which will allow you to record for hours on end. Those at the higher end of this price range are used by many professional paranormal investigators.
Most of these devices make it easy for you to skip backwards and forwards when you review a recording. Many of the Olympus models have a button that lets you jump back a few seconds. Some you can even slow down playback at the touch of a button making it easier to listen to any potential voices in your recordings.
However there are plenty of much more basic recorders, that start for as little as $20, and although cheap many investigators get as good results from a cheap recorder as others do from much more expensive devices.
At the other end of the scale are Tascam and Zoom digital audio recorders. These a pro-level audio equipment that record extremely clean and clear audio. They're of such high quality that they are used by podcasters, radio professionals and video producers.
Tascam tend to be a little bit cheaper than Zoom, but both are of a similar quality thanks to their built-in dual omni directional condenser microphones.
There is no right or wrong when it comes to choosing an audio recorder for EVPs, what works for one investigator doesn't work for everyone. If you get the opportunity, try out other people's recorders. Make sure they are comfortable to hold, feel solid, that the playback controls aren't too fiddly, and that the sound quality is good.
If you're not yet ready to fork out cash on an audio recorder, then use the one you already have in your pocket. Most smart phones have an audio recording or voice notes app built in which is perfect for paranormal investigations.
If a suitable app isn't installed on your phone by default, then there are audio and voice recording apps available in the app stores. When selecting an app you should avoid "EVP recorders" or audio apps aimed at ghost hunters as these apps are likely to include unnecessary features and could actually reduce the quality of your audio by applying needless effects and processing. 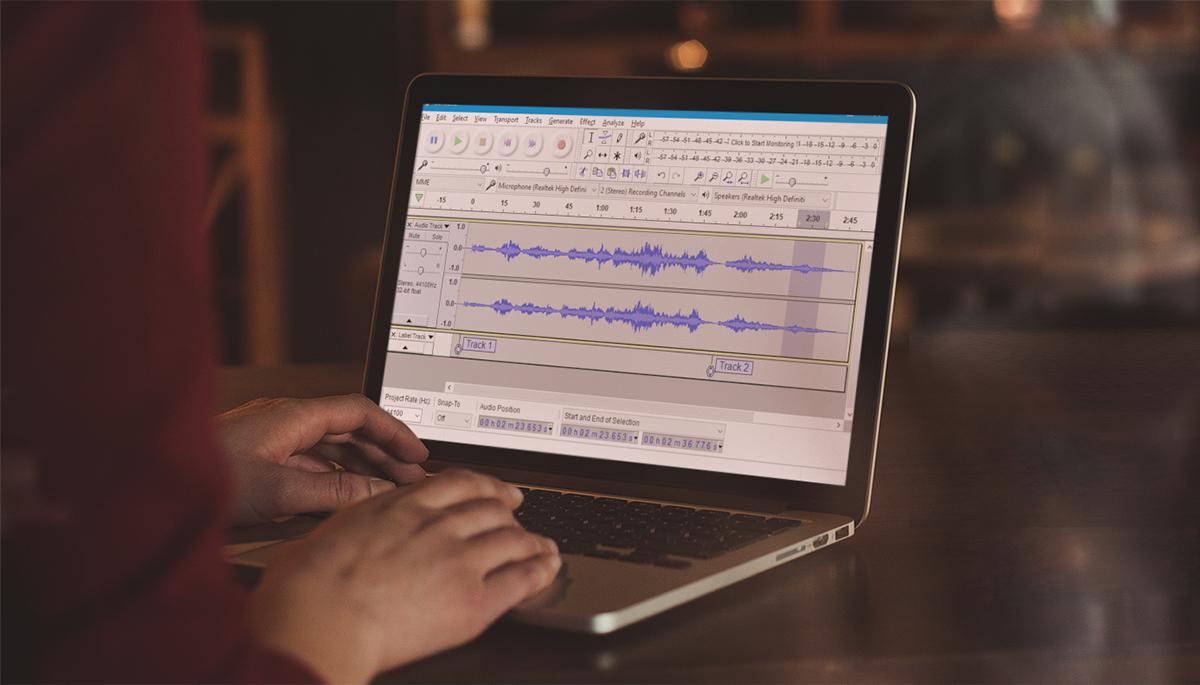 In the same way that you can carry out research using a mobile phone, you can also use a computer, or more likely a laptop. The good thing about recording on a laptop is that the audio is capture directly in the audio software that you will later use to analyse it.
The most commonly used software is a piece of free, open source, audio software called Audacity. Those who are more experienced working with audio might prefer to use Adobe Audition, which offers users many tools for creating, mixing and editing audio.
Both Audacity and Audition are available for Windows and Apple Mac, and at their core they both have a very similar waveform editor.
One of the advantages of using a computer to capture EVPs is that you can see the audio waveform appear on screen as you record. If a sound is captured that you didn't hear aloud then it will show as a peak in the waveform. You can then stop recording and instantly review it. Having a waveform available in real time makes it much quicker and easier to skim through and check for EVPs. Moments where an investigator is speaking and when the room falls silent can clearly be distinguished between from the shape of the waveform.
Laptops are also good because they let you connect external devices via their standard 3.5mm microphone jack or USB port. This means you can plug in external omni directional microphones. The USB connection allows for microphones to be powered, so you can use a condenser mic, which are much more sensitive and can generally pick up a wider frequency range than a normal unpowered dynamic microphone - the type you'd find in cheaper audio recorders, mobile phones and the laptop itself.
The possibilities are really endless when you factor in external devices paired with a laptop. You can use wireless radio mics to monitor or record audio from another room, or even use multi-track and multiple inputs to record the audio from several areas at once in one master recording file.
One thing to be aware of if using a laptop to capture EVPs is that the microphones in these sorts of devices are designed to primarily be used as part of a video call, so in most cases they will be tuned to pick up audio in the human vocal range that is near to the microphone, while trying to exclude any background noise like the distant sound of people talking in another room.
The same is partially true for digital voice recorders, they too are tuned to be more sensitive to the human vocal range, but since one of their primary uses is to recorded lectures and group conversations, they will pick up more than just a voice immediately in front of the microphone.
Add A Comment
Tags:
paranormalevp