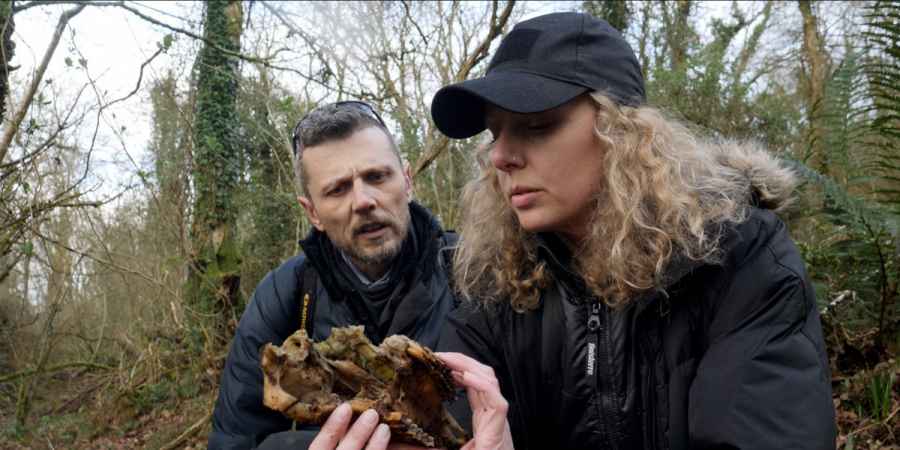 The legends and rumours of big cats roaming the British countryside are back in the spotlight thanks to free-to-air channel Blaze, who are premiering two multi-award winning shows on the subject as part of their "Monster Week" programming event.
The weeklong Halloween schedule is already in full swing having kicked off on Monday, October 24. The lineup includes two new shows containing shocking new evidence of wild cats on the loose in the UK.
Documentary, 'Britain's Big Cat Mystery' and new reality television show 'Cat Hunters: The Search For The Beast of Exmoor' are both produced by Dragonfly Films and the director, Matt Everett claims that concrete proof of these mysterious beasts is here at last. He said, "it's taken years of research and networking to gather the right evidence to do the story justice in a TV format."
Matt added, "I think 'Britain's Big Cat Mystery' is the most thorough documentary on the issue that viewers will have seen. We paid real attention to exploring the history and the science, and actually we uncovered some seriously compelling evidence."
And he promises it's not all blurry photos and the testimonies of rural eccentrics either, "we actually got big cat DNA, but to find out more people will have to watch the show!"
A multitude of scientists and experts are also on hand to analyse the evidence, including never before seen photographs, video, and forensic science.
You can watch the trailer for 'Britain's Big Cat Mystery' below...
'In Cat Hunters: The Search For The Beast Of Exmoor' viewers will be taken on a travel adventure to explore a decades old mystery, with elements of high-risk action, loud engines, warped comedy, the latest consumer-level technology, and a four-strong team of quirky experts.
According to the show's producer, "if you can imagine 'Finding Bigfoot' on acid, but set in Britain instead of the States, swap out the Sasquatch for a leopard, and styled in the vein of 'Top Gear' meets 'SpringWatch', then you’re probably not far off."
And if that doesn't sound entertaining enough, this show also promises to solve the mystery of the Beast of Exmoor – a legend nearly 40 years in the making, which is now so embedded in our popular culture, most investigators and researchers to ever stray into this mystery thought it impossible to uncover much by the way of lost evidence, but boy, were they ever wrong.
For hiding away in a few select regional news archives, the team may have found the identity of the very cat responsible for the Exmoor Beast legend, and so much more besides.
The trailer for 'Cat Hunters: The Search For The Beast Of Exmoor' can be seen here...
'Britain's Big Cat Mystery' airs on Friday, October 28 at 9pm. 'Cat Hunters: The Search For The Beast Of Exmoor' airs on Sunday, October 30 at 9pm.
Both shows will premiere on Blaze (FreeView 64, FreeSat 162, Sky 164, Virgin 216) as part of their special programming for Halloween called Monster Week.
Tags:
unexplainedtopicaldocumentariestelevision