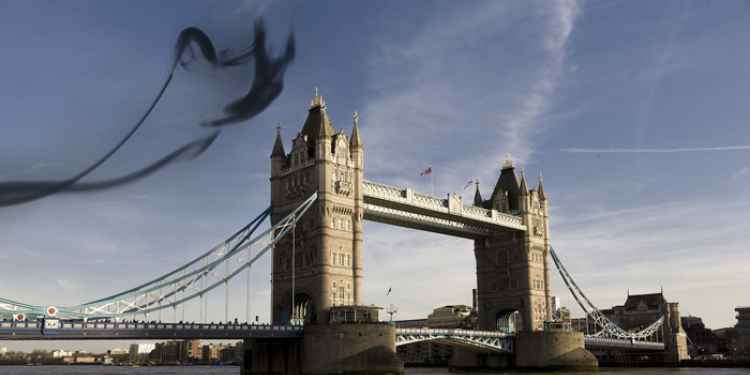 Photo: pixabay.com
There seems to have been a rise in the number of reports from the public of creepy rings of black smoke in the sky. These unexplained floating rings have been caught in photographs and videos all around the world, including here in the UK.
The eerie black alien rings have been spotted all over the world in recent years. Photos of the unexplained phenomenon have been shared on social media from locations such as Missouri USA, the Russian city of Novosibirsk, and even Disneyland in California.
The sinister smoke rings look like the black smoke trails left by Death Eaters in the Harry Potter universe. They've been described as "smoke vortexes" or "alien portals". But when shoppers at a Siberian mall spotted a dark circle in the sky, the were worried that the end of the world was coming.
The true nature of these dark wispy formations in the sky have left many confused. When 22-year-old Kimberley Robinson spotted on while driving along the M62 motorway Yorkshire, she described the shape as "the weirdest thing I have ever seen". And weird seems to be a fitting description, especially as the shapes seem to resemble the swirls of black smoke that the heptapods use to communicate in the 2016 movie, 'Arrival'. 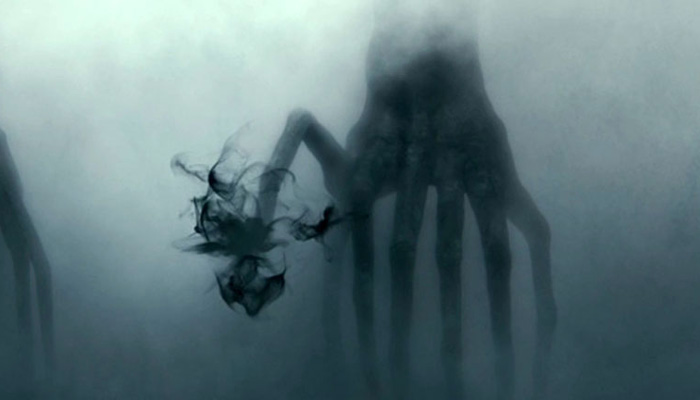 Kimberley and her boyfriend Dan's sighting of a ring near Birkenshaw, Yorkshire is the latest of many similar reports.
She said, "we hadn't ever seen anything like this before do we have looked into it and no one knows what it is." But just one day before, a similar shape was spotted in the US state of Missouri. 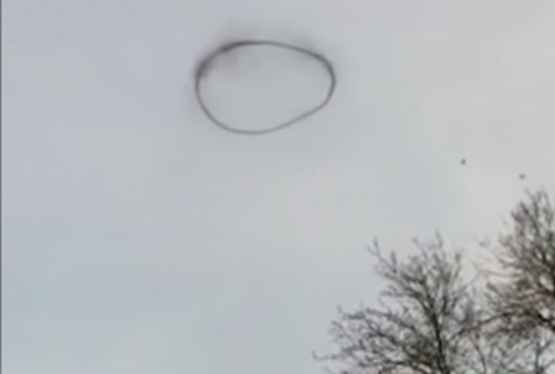 Photo: youtube.com
An impressive example of the phenomenon was caught on camera in 2014 by 16-year-old Georgina Heap. She was playing tennis with her mother at the time, but the game came to an abrupt halt when the teen spotted the sinister shape in the sky near Warwick Castle.
Georgina, shot a short video of the mysterious object, said  it stayed in the sky for three minutes and then disappeared.
Georgina posted her footage on YouTube where it has now been viewed more than 1.5 million times. The most popular explanation in YouTube's comments section is that the phenomenon was caused by "an electrical transformer explosion.﻿"
Of course the strange floating shapes have caught the attention of UFO hunters who believe the sky formations might be proof of extraterrestrial visitations, UFO exhaust vapour, or portals to other dimensions.
But there has also been plenty of more down-to-earth explanation for the rings. Some have suggested that the smoke could have come from a building fire, but in all case the local emergency services have said there were no reports of fires at the time.
Police investigating other sightings have said it could have been caused by "some sort of firework." While the Met Office has confirmed that the sightings are not weather related.
However, UFO expert Nick Pope told the Daily Mail, "one other possibility is that the shape is made up of millions of bees or other insects, but I've never heard of insects behaving in this way before, so if this is the explanation, it's a real-life X-File."
If not insects, then could it have been birds?
It seems there is a down-to-Earth explanation after all. In the case of schoolgirl, Georgina Heap's video of a black ring, a spokesman from Warwick Castle said that the smoke was the result of some pyrotechnic effect they'd been testing as part of a live show. He said, "as part of our 1,100th anniversary celebrations this year, we've been testing a number of fire effects to enhance our daily Trebuchet Fireball Spectacular show."
The recent reporting on the M62 in West Yorkshire can also be explained in a similar way. UFO expert Nigel Watson has come forward to tell The Mirror that the smoke is "the byproduct of cannon fire at a battle re-enactment at the nearby Yorkshire Wartime Experience."
The annual event took place on the same weekend as Kimberley and her boyfriend spotted the smoke ring above the motorway. The military reenactment which featured more than 500 military vehicles also involved live action explosions.
View Comments
Tags:
unexplainedufostopical