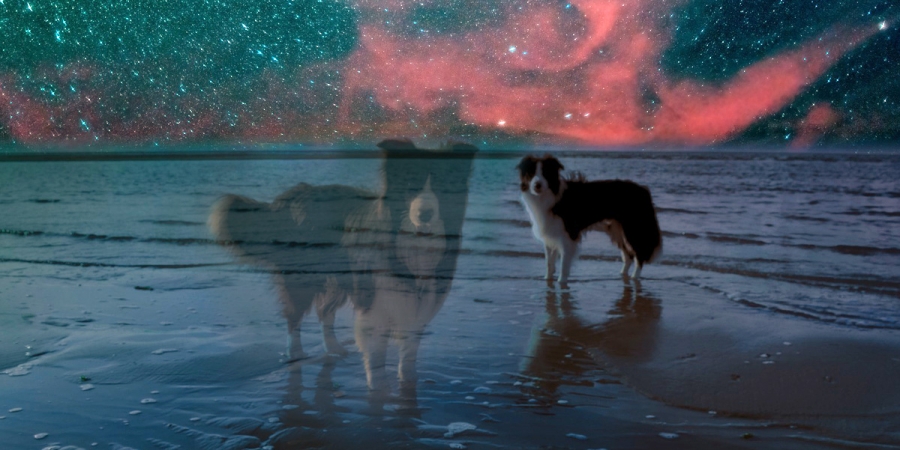 Photo: pixabay.com
Most ghost stories that people share are of dark shadowy figures that take human form, like grey ladies, monks and soldiers, but as animals are so woven into are lives and human history, it's no surprise that ghostly dogs, birds and other animals are reported roaming around haunted houses.
Ghosts of animals including horses are often seen on the sites of battlefields, a laughing ghost of a murdered pet monkey is said to haunt one British tourist attraction, and even the Tower Of London has been haunted by a phantom animal.
Across Britain apparition of ghostly figures riding horses are quite common, pet dogs are said to watch over their master's grave, and the disembodied sound of animals' calls are heard, but how many of these famous animal ghost sightings do you know?

1. A guard at the Tower of London saw a large animal approach him, he tried to defend himself but his sword passed straight through it. What was the animal?

2. What type of animal is said to haunted Athelhampton House in Dorset after getting trapped behind a wall in a secret room where it died?

3. Wistman's Woods on Dartmoor is said to be haunted by a small dog who died after being bitten by an adders, but what was his name?

4. Three ghostly eagles are said to haunt Castle Coch near Cardiff, but what is it they are said to be watching over?

5. The claims of Gef the Talking Mongoose were investigated by parapsychologists in the early 20th century. The animal lived in a farmhouse in which part of the UK?

6. A phantom pooch is said to haunt Greyfriars Kirkyard in Edinburgh. It's said he died there while watching over his owner's grave, but what is the dog's name?

7. A phantom white hare is seen darting through which Cornish town and it surrounding countryside?

8. A phantom bird is said to attack any source of light that is taken into the basement at Holt Castle near Wrexham, but what type of bird is it?

9. Drinkers in the King's Arms in Monkton Farleigh, Wiltshire have reported hearing what ghostly sound at the bar?

10. A woman who committed a terrible deed was turned into an animal which is said to haunt the village of South Tawton in Devon, but what animal was she turned into?

11. Which of these animals is NOT said to haunt the Treasurer's House in York?

12. Eerie footage which appears to show two ghostly horsemen leaping off the battlements of a castle on a foggy night was captured at which castle in Devon?

13. They're often described as the harbingers of death, because spotting one this phantom dog-like animal is said to be followed by a sudden demise, but what are these hellhounds otherwise known as?

14. Which of these underground location is said to be haunted by a demon dog that guards an ancient burial ground above?

15. Hardwick Hall in Derbyshire is said to be haunted by a woman in blue and what type of animal?

16. In Regent's Park in 1930s, a zookeeper and his granddaughter reported seeing the glowing apparition of one of the animals from nearby London Zoo, but what was it?

17. The ghost of what animal has been reported at Carew Castle in Wales on dark, stormy nights?

18. A woman in grey has been reported in and around Michelham Priory in Sussex, but what animal is she reportedly seen with?

19. A large demon dog with red glowing eyes is said to prowl the grounds of which historic hall in Lancashire?

20. Reportedly it's the size of a small horse, but this phantom dog is said to follow lone walkers along which famous beach front?