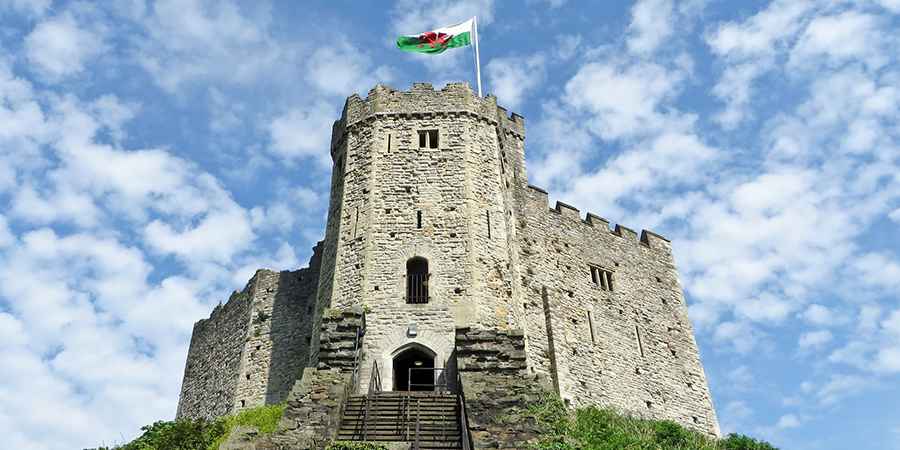 Photo: pixabay.com
Cardiff boasts a high number of reports of paranormal events, making it one of the most haunted cities in Wales. Weird experiences have been reported at the iconic Millennium Centre, the National Museum of Wales, and Cardiff Castle in the heart of the city.
Cardiff also boasts two very haunted hospitals, University Hospital Llandough and the Cardiff Royal Infirmary, where the list of reports of paranormal activity includes a disappearing matron who was spotted in one of hospital's corridors by a plumber, and sightings of a woman in grey.
Elsewhere in the city, the 19th-century Castell Coch is said to be haunted by 13 ghosts, including the apparition of servant, a cavalier, and even three ghostly eagles. An unassuming lawnmower repair shop in the city also became the focus of one of the Society for Psychical Research's most famous poltergeist cases.
We've put together 20 tricky questions about the city's paranormal history and ghosts stories to test your knowledge. Give it a try and let us know your score in the comments below...

1. At which hospital did a staff member on duty experience seeing her own dead body lying on a bed, before dying a week later?

2. Unionist MP Lord Ninian Edward Crichton-Stuart is said to haunt his statue at which Cardiff building?

3. Which of these are the haunted ruins of a 10th century house on the outskirts of Cardiff?

4. A mischievous poltergeist that haunted Cardiff's Mower Services was investigated by which Society for Psychical Research investigator?

5. How was the apparition seen during the Cardiff poltergeist case at Mower Services described?

6. A jealous sailor is said to haunt the toilets in the cellar of which Cardiff pub?

7. Which fictional television team are famous for battling supernatural incidents in Cardiff?

8. In which room at Cardiff Castle is the 3rd Marquess of Bute said to have attempt to summon the dead through a series of experiments?

9. You are said to die within a week if a phantom matron at Cardiff Royal Infirmary offer you what?

10. Three ghostly eagles are said to haunt Castle Coch near Cardiff, but what is it they are said to be watching over?

11. It's claimed that an exorcist was once called to performed an exorcism in which department of the Cardiff Royal Infirmary?

12. What was the nicknamed given to the poltergeist that was said to haunt Cardiff's Mower Services?

13. The National Museum Of Wales is said to be haunted by a ghost with a personal connection to the building, who was he?

14. In which part of Cardiff did a road once exist that was known as the "road of the dead?"

15. A strange mist has been reported at Cardiff Castle that takes the form of what?

16. At which castle has the ghosts has the Second Marquess of Bute been spotted walking through walls?

17. A phantom coach and horses is said to have appeared travelling towards the gates of which castle?

18. What is the name of the distinguished nurse who is said to haunt the Cardiff Royal Infirmary?

19. A former pub in the city that was said to be haunted has recently re-opened as an independent market, but what was it called?

20. A figure that appeared to be a female in Victorian clothing is said to have been captured on Google Street View at which Cardiff location?