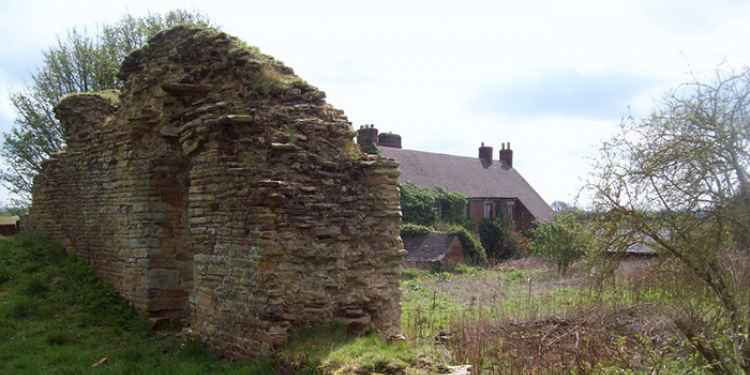 Photo: © Jonathan Clitheroe
It's quickly gaining the reputation as one of the most haunted properties in the UK. The cottage is an old farmhouse, which sits in the grounds of the ruins of Codnor Castle in Derbyshire.
The house has played host to many teams of paranormal investigators, as well as television, and has even made headlines with its alleged poltergeist activity. Test your knowledge of Codnor Castle Cottage with this tricky paranormal trivia quiz.

1. While restoring the cottage, volunteers ripped up a bedroom carpet, but what did they find covering the floor when they returned the next day?

2. What object did the cottage's volunteers find amongst this mess on the floor?

3. The apparition of a Victorian lady has been seen in the cottage, but what is she said to be wearing?

4. While volunteers were taking a break outside the cottage, what was thrown through a downstairs window smashing it from the inside?

5. What happened to one paranormal researcher who was investigating the house?

6. What happened in the cottage's attic when the television show 'Most Haunted' visited the property?

7. The ghost of three men have been seen walking through the living room, who are they said to be?

8. What happened to Karl Beattie from the 'Most Haunted' team during their investigation?

9. The castle grounds that the cottage stands in is said to be haunted by the spirit of who?

10. The grounds are also said to be haunted be a Grey Lady, she's thought to be a former resident of the castle but how did she die?