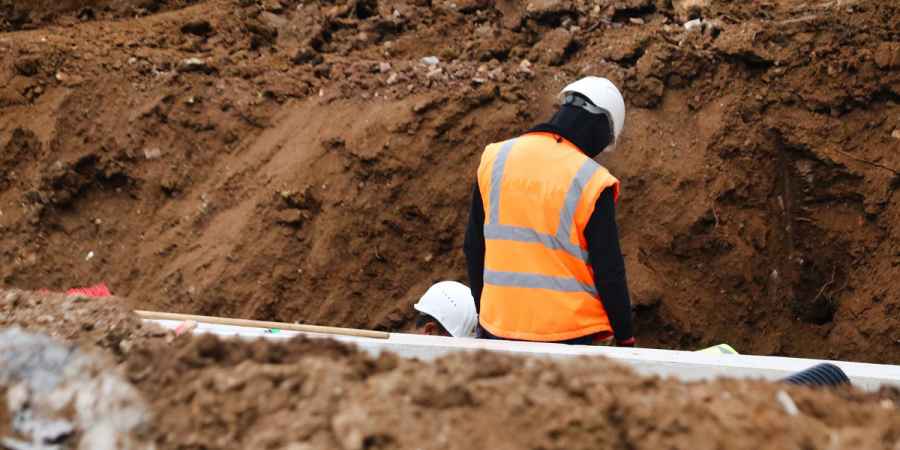 Photo: pixabay.com
Ghost hunter, Miki York, has warned that construction work for the UK's new high-speed rail link between London and the midlands could stir up paranormal activity.
The creepy prediction came after it was revealed that teams working on the new HS2 railway have already disturbed Romans skeletal remains during excavation at more than 100 sites along the route with thousands of bodies being relocated to new resting places.
Miki is best known as a member of the British ghost hunting team, UK Haunted. He once appeared as a paranormal expert on 'Celebrity Haunted Hotel Live', having earned this title by studying parapsychology, exorcism, and demonology.
He told the Daily Star, "with the building of the HS2 network, the tracks could go through land where bodies are buried and not necessarily known to all involved." He added, "if this is the case then the spirits of the deceased could be woken or disrupted and would not be too happy."
Does this mean we're likely to see a full-on resurgence of phantom Roman soldiers marching across railway lines and neighbouring properties?
Miki says this is unlikely, but the irreversible damage caused by the construction work could result in more subtle signs of a haunting. The ghost hunter explained, "atmospheric changes in the close area are more likely to happen rather than Julius Caesar and his Roman soldiers being seen."
Miki likened a possible rise in Roman ghosts to the increase in paranormal activity that's often said to occur as a result of renovations in old buildings. He explained, "in old reportedly haunted buildings, any building work often sees the amount of spirit activity increase." He continued, "that's due to the spirits not being happy with the changes that are taking place."
The paranormal expert claims that this is also true of the bodies of the dead. He said, "different religions have different traditions when it comes to the way in which their dead are buried and also how they are kept. Any disruption of the land where the bodies are buried then could lead to an increase of strange activity in that area."
Teams working on the new £100 billion line have already unearthed skeletons, and eerier still, the decapitated remains of bodies  buried with their heads placed between their legs.
It's not uncommon to hear ghost stories linked with the railway, but usually these tales relate to the history of the track itself rather than the land the tracks have been laid on.
Across the network there are plenty of haunted stations and sections of track including, York Road Railway Station in Belfast, Moulsecoomb Railway Station in Brighton, North Road Railway Station in Darlington, Middlesbrough Railway Station in Yorkshire, St. Thomas Railway Station in Exeter and Penmere Station in Cornwall, to name just a few.
As one of the country's busiest stations, thousands of commuters pass through London's King's Cross every day, but on occasion some report seeing the ghost of a woman. She's said to have long, brown hair and is wearing modern clothes.
The story dates back to the late 1980s and those who have witnessed her say they've heard her scream and rushed to her aid, only to find that she disappears without trace. Some believe that the woman might have lost her life in a fire which swept through the station in 1987.
HS2, which will connect London Euston and Wigan, will be the country's second purpose-built high-speed line, the first being the rail link from London to the Channel Tunnel. It's hoped that the first phase of the project, the new high-speed line between London and Birmingham, will be completed by 2031.
With over a decade of construction across land of varying uses, it's likely that by the time HS2 is complete it will come with its own ghostly legends and reports of paranormal activity.
Tags:
transportparanormaltopical