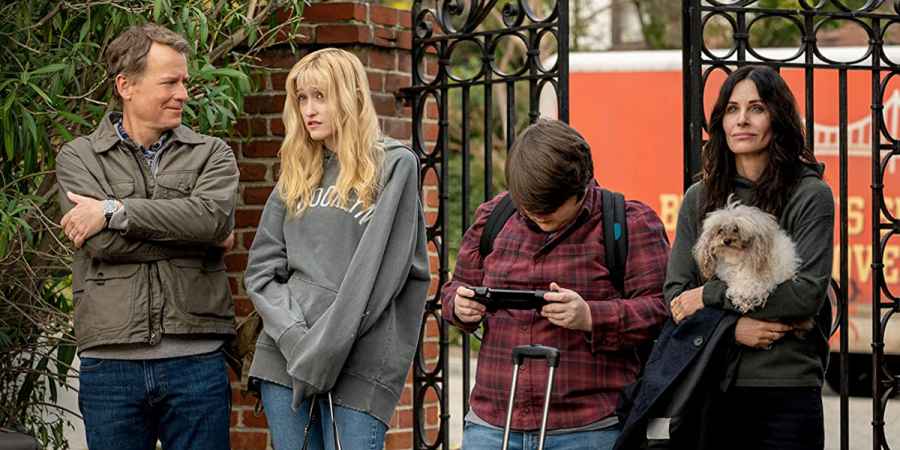 'Shining Vale' is a new horror-comedy created by Irish actress and writer Sharon Horgan, and writer and producer Jeff Astrof.
The eight-part supernatural series will feature 'Friends' star, Courteney Cox, as Pat Phelps, who along with the rest of her dysfunctional family, consisting of her husband and two teenaged children, move from the city to a house in a small town to start a new life.
Pat, a former wild-child who rose to fame by writing a raunchy women's empowerment novel soon realises that the large, old house they move into has a history of terrible atrocities that have taken place.
All this negativity seems to have resulted in some strange goings on, that only Pat seems to notice. Eventually she befriends a paranormal entity, but isn't convinced she's dealing with a genuine ghost. Could this be a manifestation of her depression or is she really possessed by a demon? It turns out, the symptoms are exactly the same.
The series, consisting of eight half-hour episodes, also stars Greg Kinnear as Courteney's on-screen husband, Terry, and Mira Sorvino as "Rosemary", who is either a manifestation of Pat's own subconscious or a demon trying to possess her.
The horror comedy series will premiere on the American premium cable and satellite channel, Starz, which is also available globally on demand via StarzPlay. The streaming service is available on platforms including Apple TV and as an add-on to Amazon Prime Video costing £4.99 a month in the UK or $8.99 in the US.
Christina Davis, Starz president of original programming, said "'Shining Vale' is a smart, chilling and funny series that tells the story of a family in turmoil who is suddenly living with the paranormal who helps Courteney Cox's character get her groove back as she starts to question her own sanity."
Add A Comment
Tags:
moviesparanormalhorrortopical

You've probably felt somewhat unlucky recently but the fact is the restrictions you have dealt with are for your own good. You will feel some challenges are much lighter right now as a result of news or information you receive... Read More