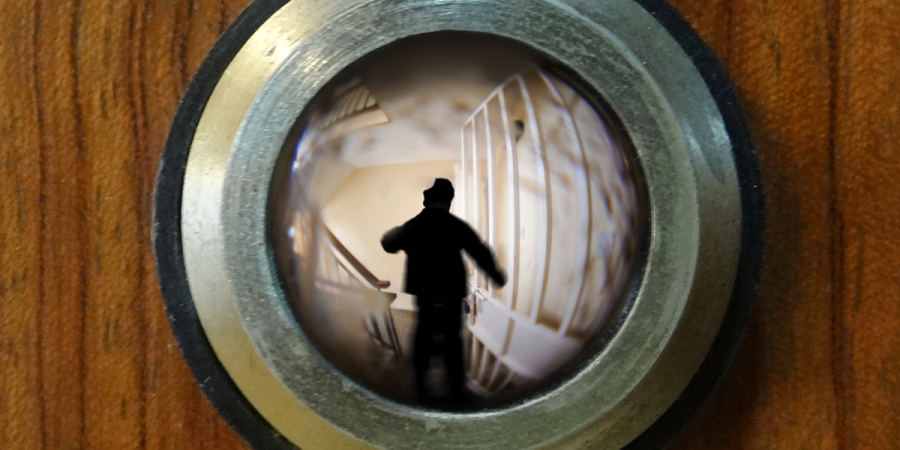 It's been announced that BuzzFeed Studios are teaming up with Lionsgate to produce a movie about the sinister ghost of a child which went viral on Twitter four years ago.
The story, which is supposedly true, was told through a series of tweets by Adam Ellis, a former Buzzfeed author, illustrator and the star of the Discovery+ paranormal series, 'Trending Fear'.
The story unfolded in Adam's New York apartment after he captured the image of a spooky child ghost. In a state of fear and confusion, Adam documented the haunting on social media, the supernatural saga became known as #DearDavid.
Now, four years on it's been confirmed that a film based on the true story is in development. Although work on the project has been going on for the last few years, the project's producer, Richard Alan Reid of BuzzFeed Studios, now seems to have settled on joining forces with the mighty Lionsgate to bring the story to the big screen.
'Dear David' will be executive produced by Dan Lin, who to date mostly has credits for Lego movies to his name. The film will be directed by John McPhail, who previously directed the music comedy-horror, 'Anna & The Apocalypse'.
Lauren Bixby, vice president, co-productions and acquisitions for Lionsgate, said "'Dear David' is a terrifyingly creepy and sensational story that will translate perfectly to the big screen, it hits our goal of reaching global Millennial and Gen Z audiences by elevating contemporary, authentic new voices."
Richard Alan Reid, head of global content and head of BuzzFeed Studios added, "Ellis's story captivated audiences across the Internet and built a passionate, global fan base that has been waiting for the film adaptation. We can't wait to bring this highly anticipated, harrowing tale to the big screen next year." 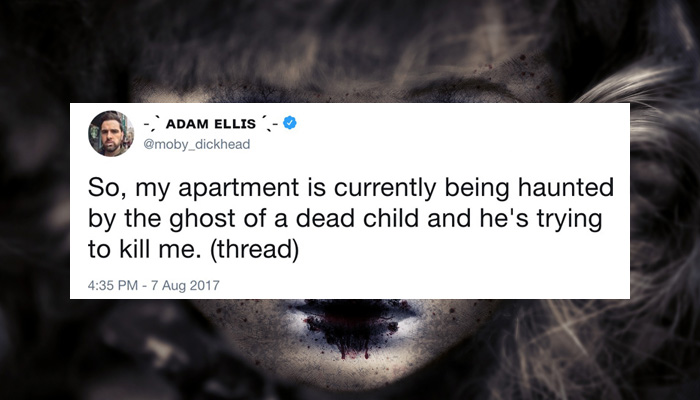 Photo: pixabay.com
Adam's terrifying Twitter thread went viral in 2017 and told the story of a ghost child who was apparently trying to kill him. According to Adam, the haunting started after a series of vivid dreams which featured a little boy sitting in a chair at the end of his bed. Adam described the spirit of the boy as having a "huge misshapen head that was dented on one side."
The New Yorker believed that the spirit crossed over from his nightmares into the real world, which resulted in lots of strange goings on in his NYC apartment. Adam tweeted, "so my apartment is currently being haunted by the ghost of a dead child and he's trying to kill me."
This initial tweet was followed by regular updates including several photos and videos of paranormal activity. A few nights later Adam dreamt he was in a library, "a girl came up to me and said, 'you've seen Dear David, haven't you?'" This gave the spook its name. The girl also told Adam about the boy, "he's dead. He only appears at midnight, and you can ask him two questions if you said 'Dear David' first. But, never try to ask him a third question, or he'll kill you."
Adam spent the next couple days trying to find details about the boy and his death, but having already asked David two questions, he forgot this advice and asked a third question. Adam said that the boy didn't answer but at that point he'd realised that he'd failed to follow the warning.
Adam thinks this caused the haunting to escalate. He tweeted, "for the past four nights, my cats gather at the front door at exactly midnight and just stare at it, almost like something is on the other side. Last night I got a weird feeling and looked out the peephole, and I'm dead certain I saw movement on the other side. When I opened the door and turned on the hall light, nothing was there, but my cats seemed unnerved."
This is where Adam's original tale ended. However, this wasn't the end of the story. Since his original thread of tweets, Adam has been posting regular updates on the haunting.
Whether the story is true or not, at that time, the whole thing read like the posts of a wannabe movie producer. We even speculated at the time that he'd use the attention he gained when his tweets went viral to support a movie pitch.
Tags:
paranormalghoststopicalmovies