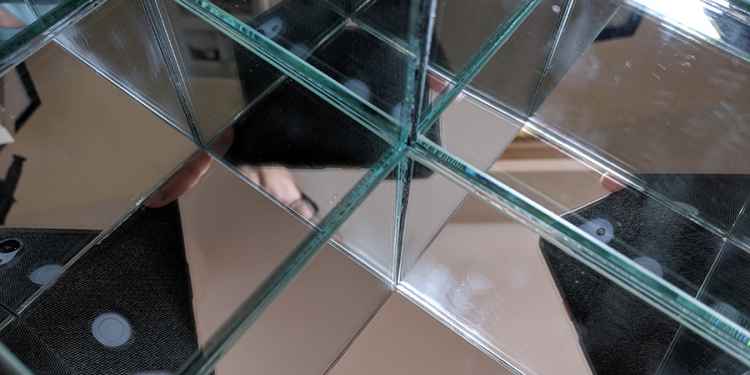 A Devil's Toy Box, also known as a Paranormal Toy Box, is a small box that is normally cube-shaped and all internal faces are mirrored to make a complete mirror chamber inside.
This mirrored container is said to create a perpetual energy loop that can encourage spirits to come through into the physical realm and traps them inside the box. It's based on the idea that ghosts are supposedly drawn to mirrors and that mirrors can act as a window or portal to another realm, but once a spirit passes through into the box it becomes trapped inside of the mirrored cube.
Stories of mirrors attracting and containing spirits or even demons are nothing new. There are countless tales that have been told for generations about ghosts being seen in mirrors, entities coming out of a mirror and mirrors having the ability to suck spirits in.
Probably the best known of these stories is the legend of Bloody Mary, a ritual performed in front of a mirror that dates back to a medieval witch by the name of Mary Worth. She was said to be a practitioner of black magic at a time in history when witchcraft was illegal. She was discovered and murdered for her crimes by her husband and daughter in front of a mirror.
The witch now shows herself to those who call or summon Mary Worth, she will appear to you in a mirror as an ugly, haggard old lady, covered in blood. The game is dangerous as the witch is said to be angry about her murder and will wreak revenge on anyone who summons her.
Some who have summoned her say that scratches have appeared over their body or face, others say that in rare cases the game results in the player being driven insane, dropping dead on the spot or mysteriously disappearing, never to be seen again.
Scrying is another well known paranormal experiment conducted with a mirror and it is an easy method of spirit communication. The technique is similar to gazing into a crystal ball, but doesn't require you to be clairvoyant. All you need to do is sit or stand in front of the mirror, or a purpose-made black scrying mirror.
This is normally practiced in low light, ideally with a candle placed between you and the mirror. The experimenter then stares at their own face for as long as they can in the reflection. It's said that if a ghost is present they can affect what you see and the vision of your face will change or transform into theirs.
Today a Devil's Toy Box is most commonly used by paranormal investigators to try to communicate with spirits, but traditionally they have been used to trap and transfer negative energies, especially by practitioners of Wicca.
To use this tool as part of a paranormal investigation or séance, you'd simply place the box on a flat surface at a haunted location and listen intently. If an entity does come through then it's said that you can hear voices, sounds and tapping from inside the box.
Some investigators place an audio or video recorder inside the box and review the recording later. More expensive boxes have a small piezoelectric contact microphone built into the base of the box, which is sensitive to vibration and sound.
The box can be plugged into an audio recorder or into an amplifier so any sounds can be heard with more clarity in realtime. Those who have experimented with the box have reported hearing taps, voices, scratching, hissing, buzzing and even growls coming from inside the empty box.
The name Devil's Toy Box originates from an internet urban myth that started as a Creepypasta. The story tells of an abandoned cabin in some woods, inside of which all of the walls are mirrored. It is said that if someone stands too long in this mirrored cabin, looking at nothing but themselves, they will not only go insane, but they will also open up a pathway to hell. This pathway allows the devil to enter our world and steal their soul. 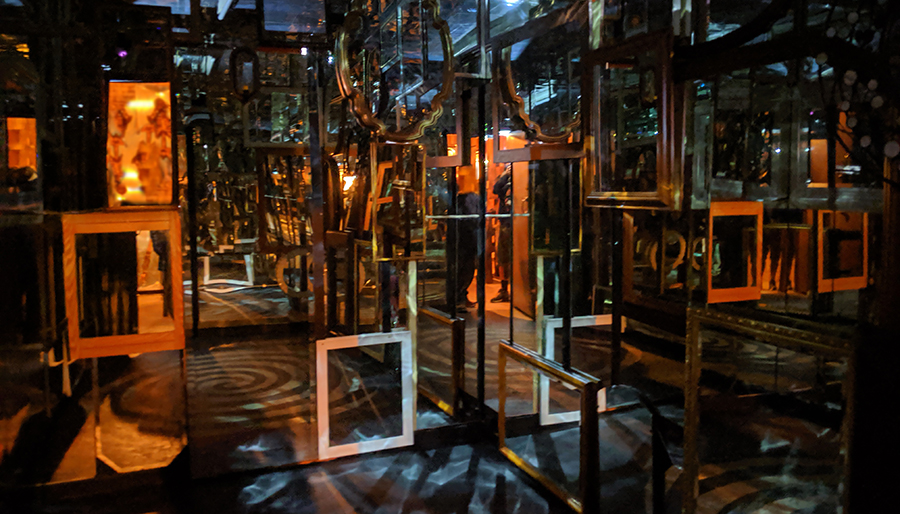 If you want to try a Devil's Toy Box on a larger scale, then you might need to visit the Old Picture House & Haunted Museum, Nottingham. The owners of the paranormal-themed museum housed in an iconic former cinema have turned one of its rooms into a huge Devil's Toy Box.
The impressive room has mirrors of different shapes and sizes covering every part of the walls and ceiling, essentially making the whole room a giant Devil's Toy Box.
The team say that the room, which is used during paranormal investigations, has proved to be very active with guests trying various paranormal experiments including Ouija boards and scrying.
However, the owners do warn visitors to lookout for their own reflection which they could mistake for something moving in the dark in the dimly lit room.
The Haunted Museum is situated on Woodborough Road in Nottingham and is open from 11am–6pm Tuesday to Friday, and from 1–6pm on Sundays. Entry costs just £7.
Tags:
paranormalghost hunting