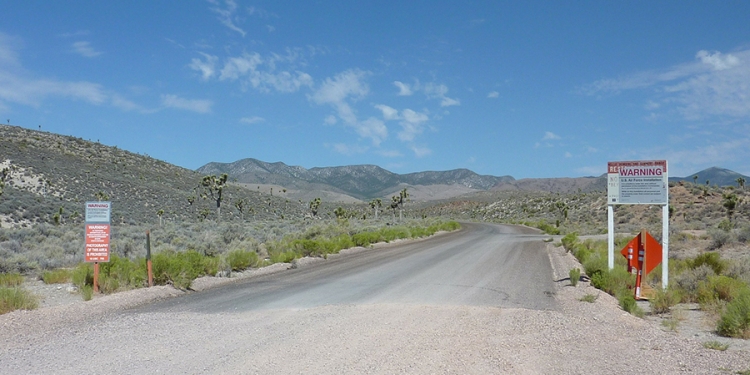 Photo: pixabay.com
A Facebook group which called for people to "storm" the restricted Area 51 base in Nevada has been shut down by Facebook.
More than two million people had signed up to the event's page that encouraged its followers to raid the secretive base and find out once and for all what secrets are being hidden at the base in southeastern Nevada.
The US Air Force has already warned people not to attempt to enter their base and didn't seem too concerned about the group, that had become one of the most popular events on Facebook.
Initially, Facebook had offered little comment on the event, but have now chosen to remove the page as they deemed that it violates their community standards - to be fair a page encouraging members of the public to raid private land probably is a bit of a breach of standards.
Area 51 is the Holy Grail of secret bases and has fuelled conspiracy theories for decades, with the likes of Bob Lazar feeding speculation with claims that the secretive base is involved in a coverup of extraterrestrial visitations to Earth. So, it's no surprise that so many people listed themselves as potential attendees.
It might have started as a tongue-in-cheek post, but the closer it gets to the September 20th the more likely it is that some conspiracy theorists might actually show up at the remote, 4,000-square-mile patch of desert and push past the boarders of a military base where "use of deadly force authorized" signs are displayed.
The event's creator, Mathew Roberts, was notified by Facebook that his event was being taken down for "violating community standards". He told CNET, "I never got any reason behind the event being removed."
Mathew added, "I think it's pretty reckless of Facebook, especially because I'm trying to direct people away from storming the base." He was apparently planning to host a festival on the same day that would allow like minded people to come together without trespassing on the base. He said, "I created a sister event which amassed about 15,000 people before being taken down for no reason and now I've lost my entire audience."
Little detail was given by the group about the original event, just the message "we will all meet up at the Area 51 Alien Center tourist attraction and coordinate our entry. If we naruto run, we can move faster than their bullets. Let's see them aliens."
Area 51 is officially an outpost of Edwards Air Force Base. A spokesperson for the Air Force told NBC News that they were aware of the looming threat of invasion from Facebook, but declined to comment on the matter further.
The highly classified Area 51 is just a small part of the the Nevada Test and Training Range (NTTR). The whole test range covers an area of 4,531 square miles. Area 51 is located almost in the centre of this complex in an area called Groom Lake. Its exact size is not known, but the area of heavily controlled airspace above Area 51 covers 575 square miles.
All this means that even if the online army of people descend on the base, they'll have an area about the size of Houston, Texas to explore in the hopes of finding hangars storing alien spacecraft or hidden entrances to secret bunkers.
Although conspiracy theorists seem to feel they have a right to know what's being hidden at Area 51, the US government is under no obligation to tell citizens how the defence budget is being spent there. The facility at Groom Lake is classified as top secret to preserve and protect national security and to keep the base's secrets away from the prying eyes of the country's enemies.
We do know a little about the history of Area 51, since the government finally admitted its existence in 2013. Researchers have uncovered in formerly classified CIA documents that the base is a flight testing facility.
The base is where the Lockheed U-2 spy plane was developed and tested, as well as the A-12 reconnaissance plane, also known as OXCART, and the stealth fighter F-117 Nighthawk.
The Facebook group behind the campaign now have an official website for the event where they are attempting to cash in on the event's viral success by selling "I survived Area 51" t-shirts. We're sure more people are likely to buy the official shirt than risk being shot while trespassing in the Nevada desert.
Tags:
conspiraciestopicalarea 51

Is The Utah UFO Fake?