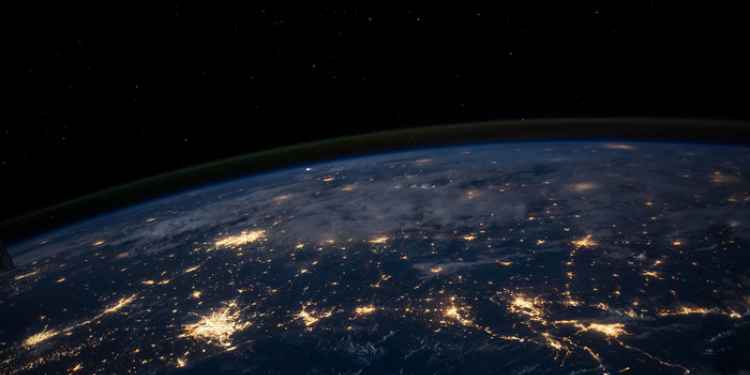 Photo: youtube.com
Last week thousands of flat Earthers from all around the world (smirk) descended on North Carolina for the first flat Earth conference in 500 years.
There were sessions covering everything from the supposed lies of NASA, other space organisations, and mainstream science, as well as sessions relating to the bible's interpretation of flat Earth. The event ended with the Flat Earth Video Awards.
There is literally hours of video online, so you can have a laugh without paying the $149 entry fee. Probably the most entertaining of the sessions was a Q&A with the prominent flat Earth campaigner, Mark Sargent.
The question and answers session is almost an hour long, but I've listed some of the highlights of Mark's session below.
Due to the duration of the video, it was impossible for me to transcribe the whole talk, plus you wouldn't want to read it all. So, I've paraphrased Mark's main points. For this reason, you shouldn't take the following as direct quotes from Mark Sargent, please watch the full video to hear is complete answers to the questions posed by the audience.

Does the Earth appear flat because we're really in a computer simulation and maybe it's too difficult to programme in a curve, so they took the easy way out and made it flat?

The Simulation hypothesis is a fairly well known concept that suggests that all of reality, including Earth and the universe, is in fact an artificial simulation, most likely a computer simulation. It's really nothing more than a thought experiment, it can't be proven either way.
Mark accepts that there's no proof that we are in a simulated reality, but it is the basis of the audience member's question, so he answers the question with that in mind...
Mark's answer: You're absolutely right, it's way more efficient to program it flat. In the development world, 99% of all programmers program in flat, not because it's clever but because they're lazy. Programming a curve is hard.
Let's just think about that... Mark states that 99% of developers "program in flat."

How long do you think it'll be until flat Earth is taught in schools?

Of course the fact the Earth is round is taught in school because humans first realised that the world was round over 2,000 years ago. There's really no place for flat Earth in schools as it doesn't fit any currently accepted scientific models and goes against overwhelming evidence in regards to the nature of the universe.
Mark's answer: We're already at critical mass, science is going to have to address this, plain and simple. They cannot dodge us forever.
I don't think science with address the flat Earth issue any time soon. In fact one notable scientist, Professor Brian Cox recently spoke about flat Earth believers, he said "it's very difficult to argue with an idiot."

How does the Aurora Borealis work on a Flat Earth model? 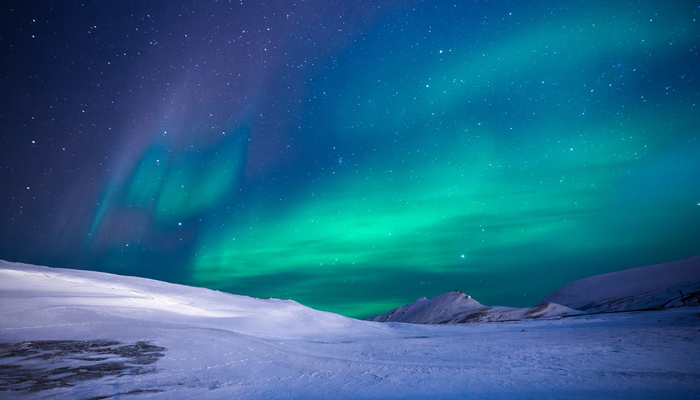 Photo: pixabay.com
The Aurora, also known as the Northern Lights is a wonder of nature, and is caused by electrically charged particles from the Sun that enter the Earth's atmosphere at the magnetic poles, and collide with gases in the atmosphere creating an amazing aerial light display.
Mark's answer: For me the Aurora Borealis is just another part of the light show. But I don't focus on it too much, we have too many other problems to worry about like the Sun, and the Moon and to a lesser degree, the stars. It's something we can simulate in a planetarium now, I like our explanation better than science's.
This answer amuses me because he describes the Sun, Moon and stars as a "problems," yet in the accepted model of the universe with a round Earth, these celestial bodies aren't a problem, they are easily explained.
He pretty much backed up my sentiment by saying that he prefers flat Earther's answers over the explanation given by "science," proving that flat Earth is nothing but a lack of scientific understanding.

It seems foolhardy of flat Earthers to criticise NASA for showing us photos from space which we claim to be fakes, yet we can't show them a legitimate photo of our model. Therefore, would you agree that the only way to legitimately apply the scientific method is to go and explore the Antarctic and the Arctic?

Mark's answer: Eventually, yes. Remember, they had a 60 year start trying to lock this thing down, and we've undid most of it in two years. We're getting there, we're way ahead of the curve.
The audience laughed at Mark's 'curve' pun, I laughed for another reason.
If flat Earth is a conspiracy, "they" have had a little longer than 60 years! The first picture of Earth was taken from space 70 years ago and the famous "Blue Marble" shot was taken in 1972. The knowledge that the Earth is round goes back thousands of years, this lack of basic understanding really undermines Mark's knowledge of this topic.

How high do you think the dome is?

Those who believe in a "closed system" model of a flat Earth actually think there is a dome which covers Earth. Again this really shows they have an issue with grasping the nature of existence, what would be beyond the dome?
Mark's answer: I can only go with the data that was released by the government, by that I mean the high altitude atomic tests that were done from 58 to 62, the highest of which was roughly 400km.
So, Mark one minute thinks that data released by the government which supports the fact that the Earth is round is faked, yet selectively in other cases he uses it as a basis for his arguments. This is the kind of selective filtering of data which is inherent to circular belief systems.

Who is behind propagating the "globalists'" lie? Is it just the US government or are other government in collusion?

Mark's answer: Yes. But when it comes to the number of people that's where we take it way way down. Since this thing is so big, less is more. Meaning, you don't need to tell presidents and princes necessarily, they're not high enough on the food chain. But it is a small scary group of smoking men sitting around a long table.

Elon Musk And The SpaceX Project 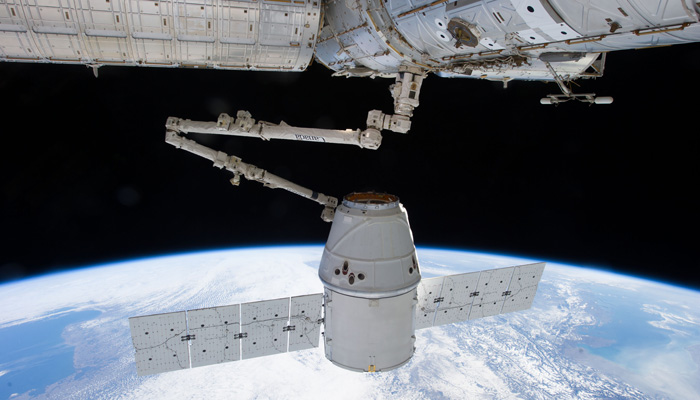 Photo: © NASA
Someone asked Mark about Elon Musk's project to send the first tourists into space, Mark pretty much instantly dismissed the question and branded the South African business magnate a liar and fraud.
Mark's answer: He makes it all up and the press just latches on. It's ridiculous. He's supposedly sending stuff using SpaceX to the ISS, doing resupply mission. And yet we never see any photography of it docking.
Well, firstly we do see photographs and video of the space capsule docking with the International Space Station. Secondly, it's a pointless argument as Mark and the rest of the flat Earthers don't accept any images or footage that NASA release to be genuine anyway.
Again, this shows the selective nature of a flat Earther's method of evidence gathering.
Tags:
flat earthconspiraciestopical