The Hottest Ghost Hunting Gadget Of 2018 Was A Cat Toy 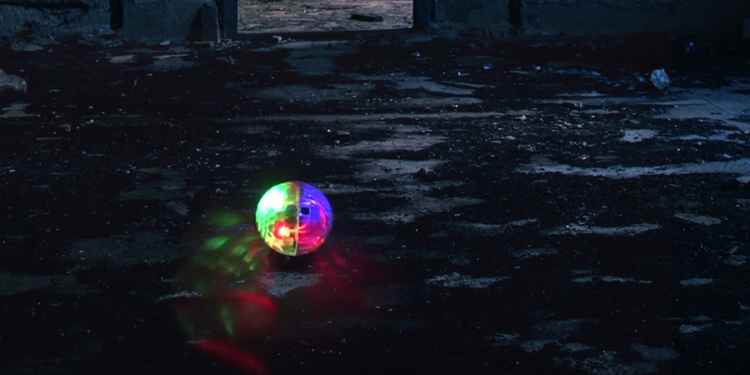 With the massive array of paranormal tools on the market, everything from thermal imaging cameras to electromagnetic field meters and night vision camcorders, ghost hunters don't shy away from splashing their cash on ghost hunting gadgets, but we were surprised to find that the one thing investigators showed the most interest in last year was a pet toy that costs just a couple of pounds.
These little flashing plastic balls are designed to entertain cats and dogs, simply place them on the floor and as your pet interacts with them the ball will light up and flash. Paranormal investigators have realised that the balls aren't just limited to interactions from pets, but also from the spirit world.
During ghost hunts, paranormal teams scatter these toys around the room, as you would other trigger objects, and then encourage any spirits that might be present to interact with them. This is done by calling out to the spirits and encouraging them to touch, roll, move or throw the ball. If there is even the slightest movement, the ball will flash.
Thanks to Danny Moss from Sky TV's 'Search For The Truth TV' for the video demonstration of a cat toy in action on a paranormal investigation. He and his team were amongst first, if not the first, to use this sort of gadget on a ghost hunt.
The real use of motion-activated light-up toy is to captivate your cat or dog by appealing to their natural chase instinct and curious nature. In order from the product to be responsive to the animal's movements and interactions, the balls have sensitive motion detectors inside that trigger the lights at the slightest touch.
This is of course great for your pet and also great if a ghost takes the bait and attempts to interact with the ball as even the slightest touch, vibration or movement could cause the ball to flash wildly. However, it should be remembered that these balls weigh just 50g, they are susceptible to draughts and the vibration of people walking across the floor they are placed on.
To confirm that the ball has truly been triggered by paranormal activity rather than something more mundane, you must be rational and rule out all other possibilities. If the ball is trigger frequently, try changing it's alignment very slightly to rule out the fact that its internal switches are on the verge of activation and could be creating a false positive activation.
You should also try moving the ball to another spot in the room to rule out the fact that it might be being triggered by the vibrations of footsteps, machinery or even traffic outside the building you are investigating.
However, the best way to determine whether the ball lighting up is really the result of paranormal activity or not is to test for intelligent responses. This involves asking the spirit to light the ball to indicate the answers to questions, for example you could say "light the ball if you are male".
If the ball lights up to indicate it is male, then that's a good start. However if the ball flashed again when you next say "light the ball if you are female", then this might suggest a false positive trigger, rather than an intelligent response.
If a spirit does seem to be responding to you using the ball then you should also be able to ask it to leave the ball alone. If you ask the spirit not to touch the ball for a moment and the ball doesn't light up this might be good evidence that the ball isn't triggering of its own accord and is lighting up due to spirit interaction.
The light-up cat and dog toys can be purchased from Amazon and other online stores for a very low price, making them a great low-cost option for new investigators and an obvious addition to any paranormal investigator's arsenal of gadgets.

A high quality, soft, non-toxic, water-resistant and weather-resistant rubber ball. Tough and resistant to dog bites but maybe not from ghostly attack.