How To Become A Real-Life Demonologist

This article is more than three years old and was last updated in May 2019. 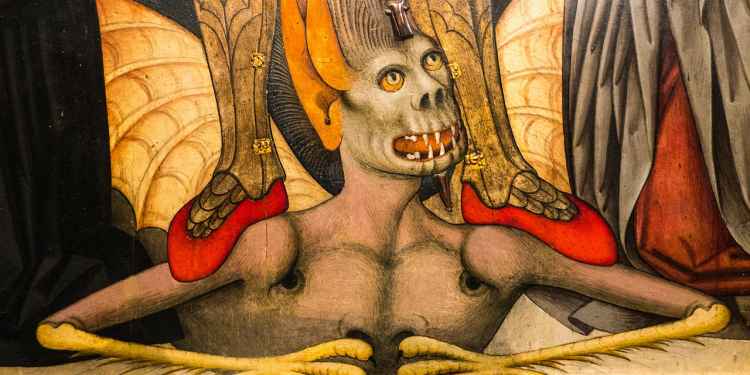 Photo: pixabay.com
Have you ever wanted to follow in the footsteps of famous demonologists like Ed & Lorraine Warren, Fred Batt and Francesco-Maria Guazzo? Here's a short guide on how to get started in the fascinating world of demonology, specifically for use in the field of ghost hunting.
Demonology probably isn't a subject that springs to mind as one you can learn. After all, there are no courses in demonology that you can take at university and it's not a recognised profession. This is probably because the church has had the monopoly on training and accrediting demonologists and exorcists for centuries.
It is true that the origins of demons are rooted in various theologies and religions from around the world, but trying to attach demons to specific religions is a minefield and the main reason why traditional demonology doesn't make sense in a modern paranormal investigator's world.
A more modern way to look at it is, if you take the time to study and reach a high level of understanding of the topic. Demonology is not a supernatural ability or a gift that you are born with. It is the study of demons and demonic beliefs. So, by studying demonology, you will, by the very nature of the title, become a demonologist.
The fact is, you don't need the dated traditions associated with demonology in order to become an expert. Many agree that just about anyone can perform an exorcism for example. Demonology is all about identifying, communicating with, summoning and controlling demons and the key to doing this is self-confidence and positivity. You may have your own unique spiritual beliefs, which could be much more powerful for you to build on than the traditions of a religion you don't follow.
Getting started as a demonologist can be tough. The best way to get started is to shadow an establish demonologist, but they are so few and far between that you might struggle to find one. An easier option might be to take an online course to give you a basic understanding and get you started.
The online 'Diploma in Modern Demonology for Paranormal Investigators' course gives you practical skills in identifying, communicating with, summoning and controlling demons, free of religious concepts and dated mythology, which is invaluable when conducting your own paranormal investigations should you run into a demon. A certificate of achievement and digital accreditation is provided upon completion.
Many demonology courses consist of long lists of demons by name, accompanied by their characteristics and details of their religious origins. You will find no such information in the 'Diploma in Modern Demonology for Paranormal Investigators' course for several reasons. Firstly, there are simply far too many names to mention here, and secondly, as demons are said to lie about their name you can never know for sure if it really is one of the listed demons you are actually talking to. Plus, this information is freely available in the public domain and there are plenty of reference books that you can find this information in when needed should you wish to.
Once you have completed this course, there's a few ways you can put your new knowledge and abilities to use. Firstly, you may simply want to diagnose, understand or put an end to strange goings on in your own home. Or, you might plan to help others with their demonic issues and eradicate their demonic haunting. In this second case, as well as a working knowledge of demons, you'll also need a level of respect, understanding and the patience to listen to the victims' issues. You'll need some analytical and critical thinking skills in order to validate, verify and diagnose your clients' claims.
The third, and more controversial use of demonology skills is to practice them as part of a ghost hunt or paranormal investigation. This option often involves summoning or provoking demons in order to understand them and observe their abilities and powers. Even when not summoned, demons are often said to come through via Ouija boards or be responsible for hauntings.
There's plenty more to learn about the subject. Everything from the symptoms and characteristics of demonic hauntings, to preventing demonic attachment and banishing demons using various rituals and techniques. There's also information and advice on summoning demons as part of a paranormal investigation in order to study them.