Believers in the paranormal often claim that entities exist with lower vibrational energies to humans, but in order to draw that comparison to humans, they would first need to come up with a single frequency for the vibrations in the human body and that's not as straight forward as it might sound. 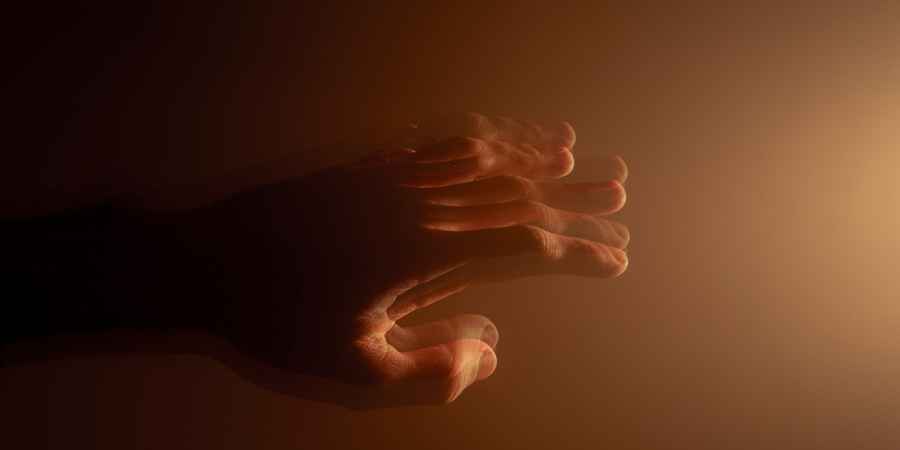 Photo: pixabay.com
The purpose of this article isn't to debate whether lower-vibrational entities exist or not, but to explore the claim that these entities have a lower frequency than humans. Before we can ask how paranormal researchers know that these entities vibrate at a lower frequency than us, we first need to ask what is the frequency of the human body?
In the world of the paranormal, you'll often hear lower-vibrational entities mentioned, but you might have struggled to find an accurate description of what they are. The one thing that is generally agreed upon by believers in these supernatural beings is that lower-vibrational entities are generally negative and will drain energy from you, so obviously not great to have around.
Some people will tell you that these entities are nothing more than negative human spirits that are hungry for your positive vibes, while other people believe lower-vibrational entities are demonic entities, or elementals which are ancient non-human spirits associated with nature.
It's very hard to say for sure which of these beliefs is true, if any, as it's quite hard to determine who or what you've encountered when you don't actually get to see them. Even if an entity does show itself to you, how can you be sure you're seeing its true form?
Although we know very little about the nature of these beings, proponents label them as lower-vibrational entities. This is opposed to higher-vibrational entities, which are positive in nature. Like their negative counterparts, higher-vibrational entities are generally said to be non-human and are believed to take the form of angels and guides.
The nature of ghosts, spirits and incarnate beings is always going to be debated, but what the paranormal community seem to be telling us about lower-vibrational entities is that whatever they are and however they show themselves, they do have a lower vibrational energy - but lower than what?
Well, the implication is that they exist in an astral or spiritual plane of a lower frequency than the plane humans exist in. The problem is, how do you put a number on this?
It is true that every atom in the universe vibrates with its own unique frequency. Since the human body is mostly made up of just six types of atom - oxygen, hydrogen, nitrogen, carbon, calcium and phosphorus - you'd think it would be possible to determine an average natural frequency of the human body, but it's a little more complicated than that and there is no single, overall frequency.
The composition of every body is different, which would mean a unique frequency for each. Plus there's electrical activity in the body, the frequency of which varies depending on what we're doing at any given moment. Our brain waves, which have a frequency too, are dramatically different when we're sleeping to when we're awake.
So, there's no easy way of giving the human body a vibrational value, which makes it very hard to understand how believers in entities of varying vibrational energies can know where these entities sit in comparison to humans. If we can't establish a single frequency for human vibration, then how could anyone have come up with one for a demon or angel?
As mentioned at the start of the article, none of this means that positive and negative entities doesn't exist. It just means that researchers have no basis to claim that a malevolent entity has a lower vibrational frequency than a benevolent one.
Of course, there will be those who will dispute this and insist that lower-vibrations do exist in supernatural entities. The next time you encounter a steadfast believer like this, challenge them to tell you exactly what the value of that lower frequency is and how it compares with that of a human.
Tags:
paranormalscience