The Most Famous Demonologists Of All Time

This article is more than three years old and was last updated in September 2019. 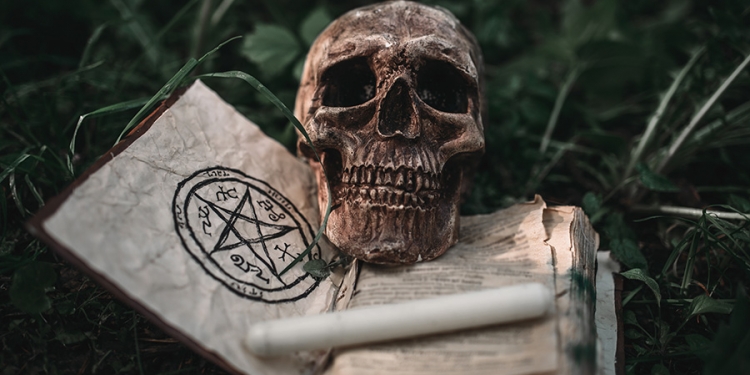 Demonology or demonism is the study of demons or demonic beliefs, and despite being rooted in the history of pretty much every culture and religion to ever exist, it's a very rare profession. However, there are a few experts in the field of demonic research who either call themselves or have earned the title of demonologist.
These are the most famous of those rare few... 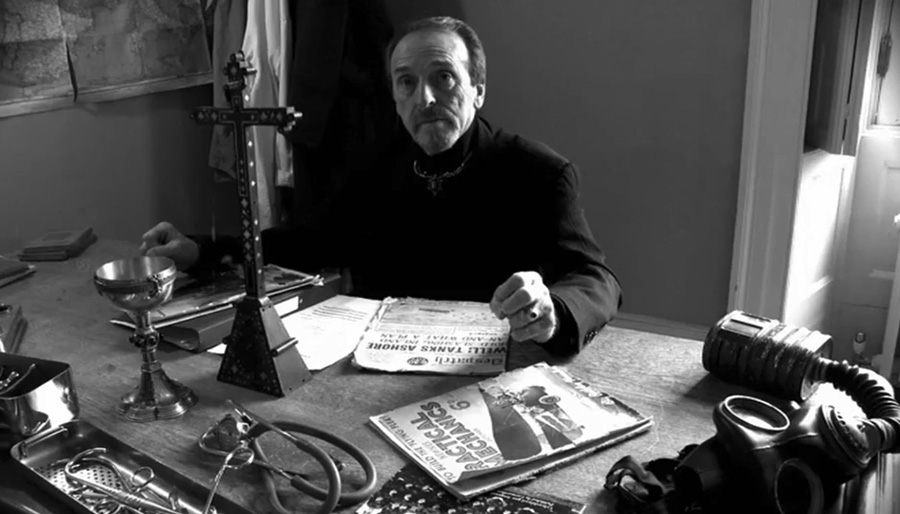 Fred Batt, a former businessman from Dorking in Surrey, is a self-styled demonologist and historian. He is now best known as the resident demonologist on the long-running British ghost hunting show 'Most Haunted'. Fred's role on the show involves taking part in the vigils and investigations with the show's host, Yvette Fielding.
Its during these vigils, either in groups or solo, that Fred attempts to make contact with any spirits which might be present. While others on the 'Most Haunted' team are looking to find a friendly ghost, for Fred the appeal is witchcraft, demons and even Satan himself.
In order to contact these dark forces, Fred can often be heard reciting incantations from a large book he carries around, 'The Satanic Bible'. He's often also armed with candles, a large ornate crucifix, a decorative skull, and a silver chalice. Fred claims that he's currently the only demonologist practicing in the UK.

Ed & Lorraine are not only the most famous demonologists, but also two of the most famous paranormal researchers of all time. The husband and wife team investigated such cases as the Amityville haunting, Annabelle the cursed doll, and the Enfield Poltergeist case, which took place in North London in the 1970s.
Ed's background in the world of supernatural investigation is as the director of the New England Society For Psychic Research, spurred on by his experiences living in a haunted house as a child where he'd regularly see objects flying around. Sadly, he died at the age of 79 in 2006.
However, to this day, 91-year-old Lorraine is still an active member of the paranormal community and even continues to run an occult museum from her home in Connecticut.
Ed met Lorraine during the Second World War and together they went on to become world-renowned demonologists and devoted decades of their lives to exploring, authenticating, and documenting some of the most famous paranormal incidents ever reported. 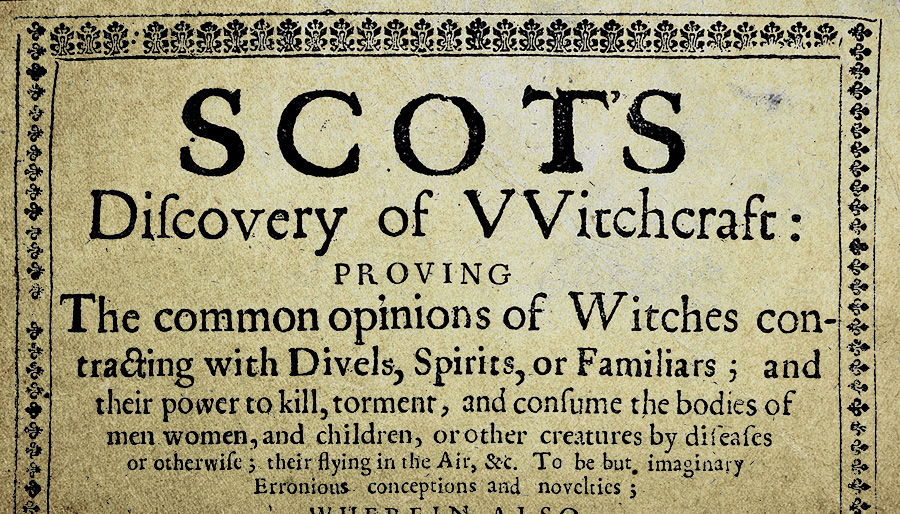 Photo: commons.wikimedia.org
Reginald Scot has been called England's first demonologist. Born in 1538 he was a member of parliament and the author of 'The Discoverie of Witchcraft', which was published in 1584 and is said to be the most influential book about witchcraft to emerge from early modern England.
Despite being called a demonologist, his book actually aims to disprove the existence of witchcraft and provides the methods of fakery of alleged magic. But, in order to disprove the subject of demonology, Scot had to learn everything about it, and of course the very essence of demonology is defined as the study of demons. So, by studying the subject, Scot earned the label of demonologist.
He studied the superstitions relating to witchcraft in courts of law, where the prosecution of witches were carried out, and in the villages where the belief in witchcraft flourished. He set out to prove that witchcraft, magic and spiritualistic manifestations were either intentionally faked or delusions caused by mental illness. 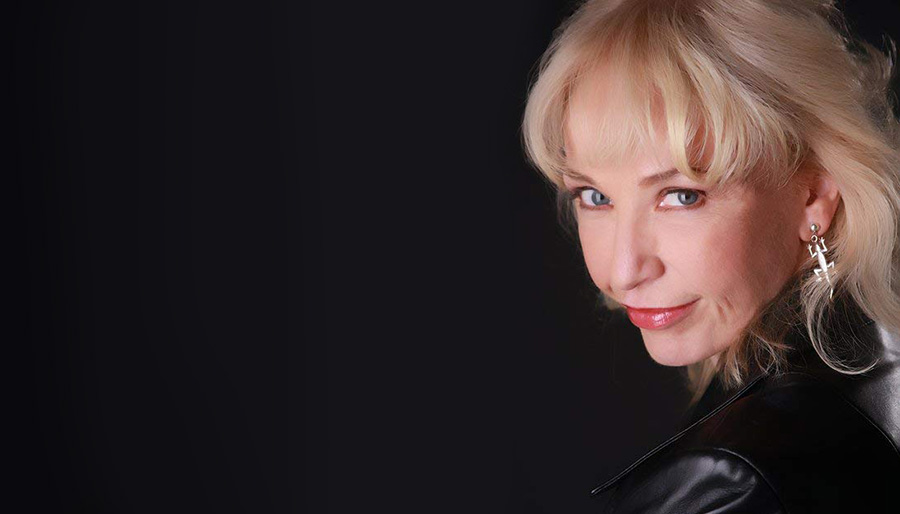 Although American author Rosemary Ellen Guiley doesn't identify as a demonologist, she has written extensively about spirituality, the occult, and the paranormal, which qualifies her as an expert on demons. In fact she wrote one of the most concise and bestselling books on the topic of demons, 'The Encyclopedia of Demons and Demonology'.
The encyclopedia is one of ten that Guiley has written and contains more than 400 entries covering off demons and the conflict between good and evil, which can be found in every culture, mythical tradition, and religion throughout history.
The comprehensive resource includes chapters on demons in different cultural and religious traditions, demons in folklore and popular culture, exorcism and other means of confronting demons, as well as historical cases of possession and modern-day demonology. 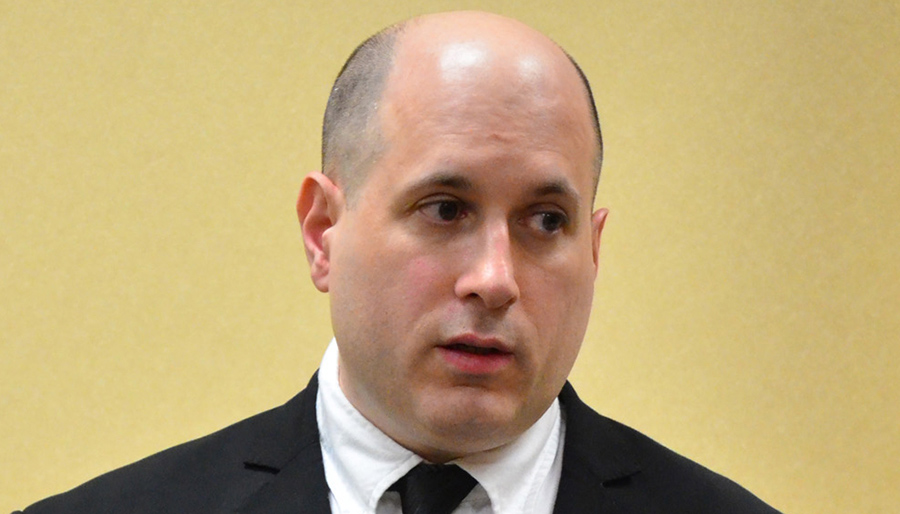 Adam Blai trained as a clinical psychologist at Pennsylvania Department of Corrections and is an expert in religious demonology and exorcism. He works within the community and even trains priests in exorcism on a national level, working out of the Roman Catholic diocese of Pittsburgh. His work involved carrying out evaluations to help determine if cases of alleged demonic active are genuine or as the result of illness. He assists at exorcisms and house blessings, and counsels victims and family members involved in the incidents. 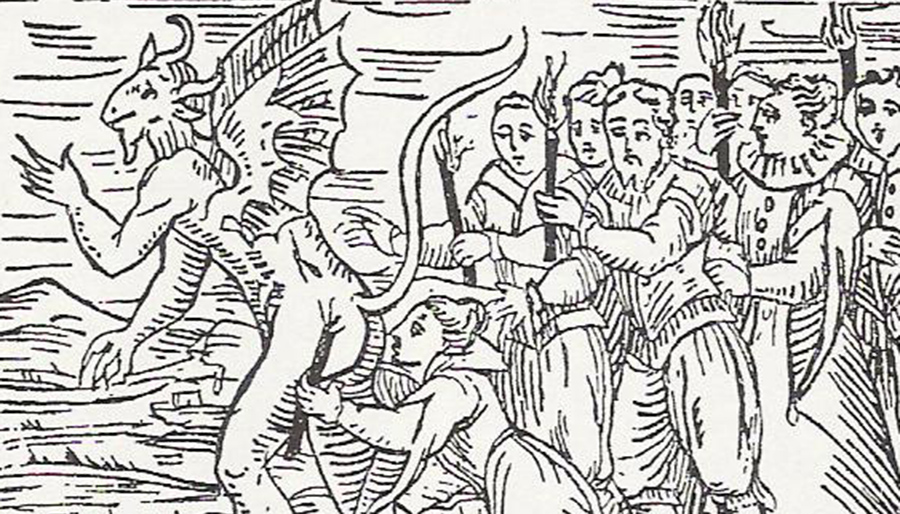 Photo: en.wikipedia.org
Francesco Maria Guazzo was an Italian priest from the 17th century, who is credited as one of the first ever demonologists. He wrote the 'Compendium Maleficarum' also known as the "Book of Witches", a handbook for recognising witches and a classification of the demons based on a previous work by the 11th-century Byzantine historian and philosopher, Michael Psellus. Guazzo had firsthand experience of practicing witchcraft and was highly regarded in the field of possessions and curses. 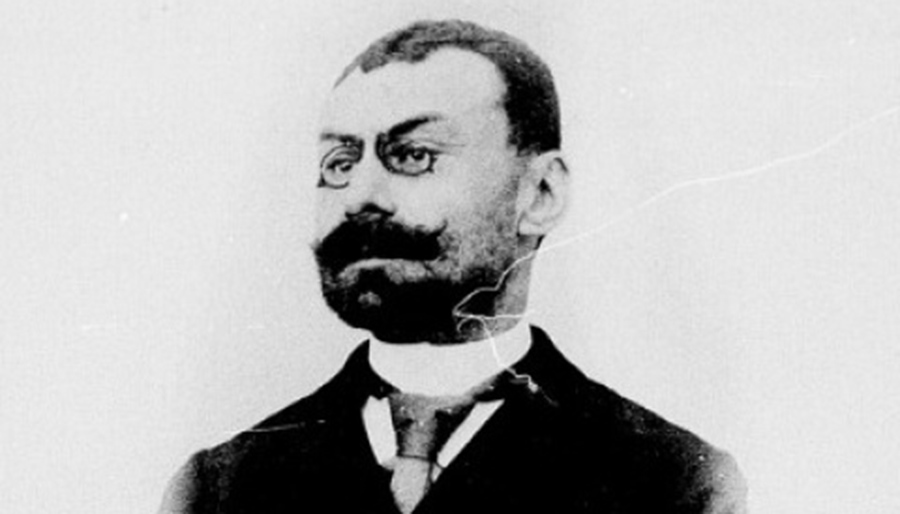 Photo: © Maurice Courant
Jacques Collin de Plancy was a French occultist, demonologist and writer, who lived between 1793 and 1887. Like many demonologists, his work involved cataloging demons by name and title of nobility, publishing his findings in several works on demonology, including his best known work 'Infernal Dictionary'.
This dictionary was published in 1818 and featured many imaginative drawings of demons that made the book famous. In 1846, he published a two-volume work entitled 'Dictionary Occult Sciences and Superstitious Ideas', which was another extensive listing of demons. 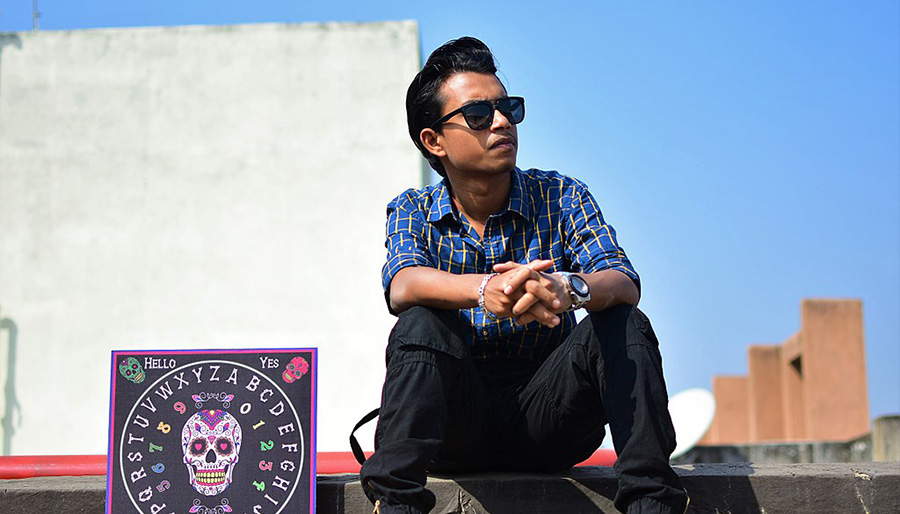 Photo: © Sarbajeet Mohanty
At just 20-years-old, Sarabjeet Mohanty, claims to be India's only and the world's youngest certified demonologist. He's one of the founders of the Parapsychology And Investigations Research Society (PAIRS), a team consisting of 18 members, which spans the whole country. Sarabjeet says he is also a clairvoyant and a spiritual healer.
Sarabjeet and his team most frequently respond to reports of paranormal activity, black magic and witchcraft in rural areas. The reports they receive range from unexplained sounds and voices, through to sightings of shadowy figures and apparitions.
At first the PAIRS team try to resolve the case by offering help and advice online, but will also attend the properties to carry out a house cleansing or investigation, armed with a selection of ghost hunting tools, including electromagnetic field meters, audio and video recorders and motion detectors.
One of Sarabjeet's scariest experiences to date occurred while he was investigating a cemetery. He felt a sudden impact-like pain on his torso, the pain lasted several hours until he got home. Sarabjeet is convinced that this was an attack by a spirit.

The Reverend Montague Summers was a Roman Catholic priest. However, his views on demonology vastly differed from those of Catholic papers and spokesmen of today. He is not ashamed of the greatest excesses committed in the seventeenth and eighteenth centuries. On the contrary, he vigorously defends everything the Church ever did to extirpate witchcraft and heresy.
His book, 'The History of Witchcraft' is one of the classic works on witchcraft and demonology. Unlike other writers on the subject, Dr. Summers firmly believed in the concept world of Satanism and described its nefarious nature with tremendous gusto.
The book was written from what critics have called a medieval viewpoint, an absolute and complete belief in witchcraft and, hence, in the supernatural. Among the subjects covered by Dr. Summers are: The Witch; Heretic and Anarchist; Demons and Familiars; the Sabbat; the Witch in Holy Writ; Diabolic Possession and Modern Spiritism; and the Witch in Dramatic Literature.
Tags:
paranormaldemonologyhalloween 2018