The UK's Most Famous UFO Sightings Of All Time

This article is more than four years old and was last updated in June 2022. 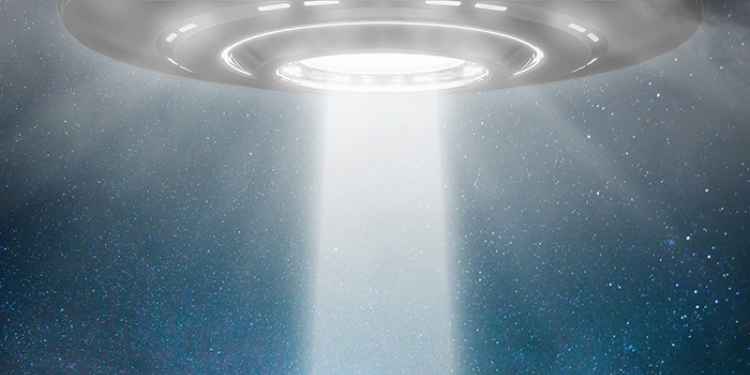 Photo: pixabay.com
From the first flying saucer sighting in 1950, to high-profile incidents such as Rendlesham Forest and Berwyn Mountains, the UK has always been home to plenty of UFO activity.
Below are details of the most famous UFO cases of all time, as witnessed in the skies above the United Kingdom.

In 2008, a police helicopter crew gave chase to a UFO after it almost collided with their aircraft near a Ministry of Defence base near Cardiff. The helicopter had to bank sharply to avoid hitting the mystery object as it was returning to the MOD St Athan near Cardiff. The crew described the object as being "flying saucer-shaped."
This is just one of many sightings of UFOs by police helicopters near Cardiff and the Bristol Channel. In 2016 the National Police Air Service shared a video on Twitter of an unidentified object which could not be seen with the naked eye, capture by thermal cameras 1000ft over the Bristol Channel.
The object which couldn't be seen by the naked eye was visible to St Athan's helicopter-mounted thermal camera during a routine flight over the Bristol Channel from its base in South Wales on September 17th 2016 at 9.30pm. 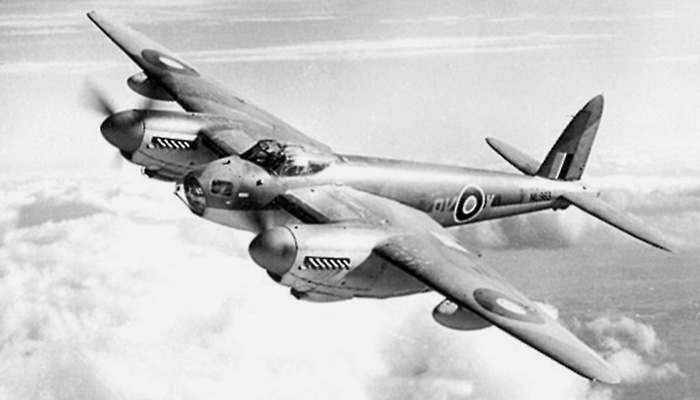 Photo: en.wikipedia.org
In August 1956, 12 to 15 unidentified objects were spotted over East Anglia, which prompted a military response. The objects, sometimes alone, other times in formation, were tracked by two separate radar systems as it passed through UK airspace at extraordinary speeds of more than 4,000mph.
One object was tracked for 26 miles before appearing to hover near RAF Lakenheath in Suffolk, ground observers reported seeing a "smudgy light." Two de Havilland Venoms from RAF Waterbeach were scrambled to intercept the object. They spent almost an hour in the air trying to close in on the object.
It's claimed that the pilot of the first Venom made contact, but then found that the target manoeuvred behind him and chased the aircraft for a period of around ten minutes, despite taking violent evasive action.

In 1950 an RAF Gloster Meteor flew past what the pilot from RAF Tangmere described as a flying saucer. The disc-like object was reported to be shining, revolving, and was seen at 20,000ft over the Portsmouth area. Radar operators at nearby RAF Wartling in Sussex had also seen the object on their screens.

Photo: © Slbs
Clapham Woods in West Sussex was the location of a spate of UFO sightings during the late 1960s and 1970s. This single area of Britain has more reports of weird goings on than anywhere else in Britain.
During the peak of the reports the woods, which were once used for rituals by a satanic cult, were said to have seen alien abduction, and be the base of alien aircraft that had come to Earth to collect chemical elements including sulphur.
People have reported UFOs in many forms, from a moon-sized light descending from the sky, to flying saucers hovering above the woods, as well as plenty of accounts of unexplained lights in the sky, many of which seemed to beam light down into the trees below.
The most notable event took place in 1967 and was witnessed by Paul Glover, a member of the British Phenomenon Research Group. He and a colleague saw a black boomerang-shaped craft moving across the sky while they were walking through the woods. This sighting was followed by a strange display of lights in the sky. They saw two bright lights, one of which released a small object, which travelled to the second and entered it. 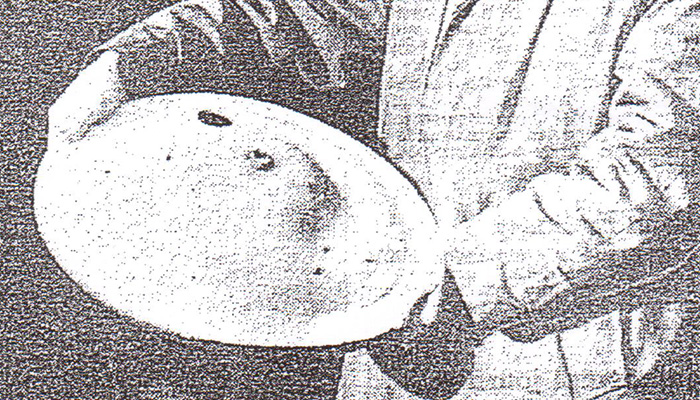 The Silpho UFO was said to be a downed alien spacecraft, it was found on Silpho Moor near Scarborough,North Yorkshire in 1957.
What made the Yorkshire UFO unique was that it was only 40cm in diameter and weighed just 10kg. It was described as "a miniature pilot flying saucer" by Air Chief Marshal Lord Dowding, who examined the metal disc after it was discovered by a local man out driving on Reasty Hill Top one night.
Then 42-year-old, Frank Dickenson, claimed that his car stalled while driving two friends across the moor. In the darkness they saw a glowing object in the sky that fell to the ground. Frank climbed from the car to investigate the mysterious object and found the metal disc crashed on a ridge.
Upon finding the object, he headed back to the car to get his friends, passing a young couple out walking along the way. When Frank and his friends arrived back at the scene, the object had gone.
Frank didn't give up, he placed a classified ad in a local paper in the hopes of tracking the crashed disc down. And it worked, a few days later Frank became the proud owner of an alien spaceship, after handing over just £10 for the alien artefact.
Inside the miniature UFO was a book made of 17 sheets of thin copper, bound using a coil of copper wire. Each of the metallic pages was covered in hieroglyphics, which were translated by a local business owner, Phillip Longbottom, who concluded that the symbols represented a 2,000 word message from an alien called Ullo. The stark message was a warning about our use of nuclear weapons, telling humanity we must "improve or disappear." 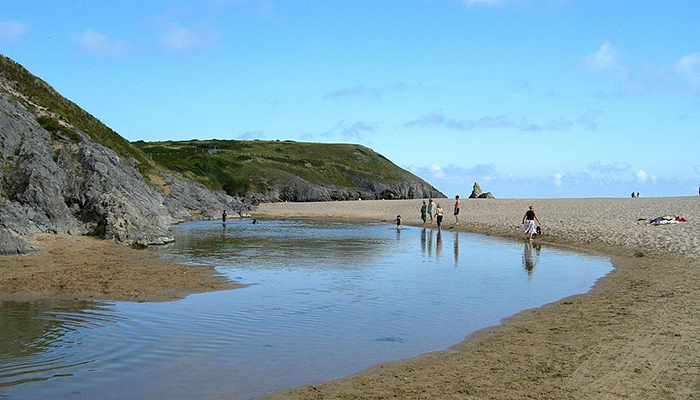 Photo: © PJ Marriott
The seaside town of Broad Haven in Pembrokeshire is the location of one of the UK's most widely witnessed UFO incidents. 14 pupils from Broad Haven Primary School claimed that a flying saucer landed in a field near their playground in 1977. This was the first of a wave of sightings dubbed the Dyfed Triangle.
According to data released from the National Archives, the officials who investigated the Broad Haven sightings concluded that it was most likely the work of local pranksters, but the area still remains a popular location for UFO hunters, and there are even locally run UFO tours available. 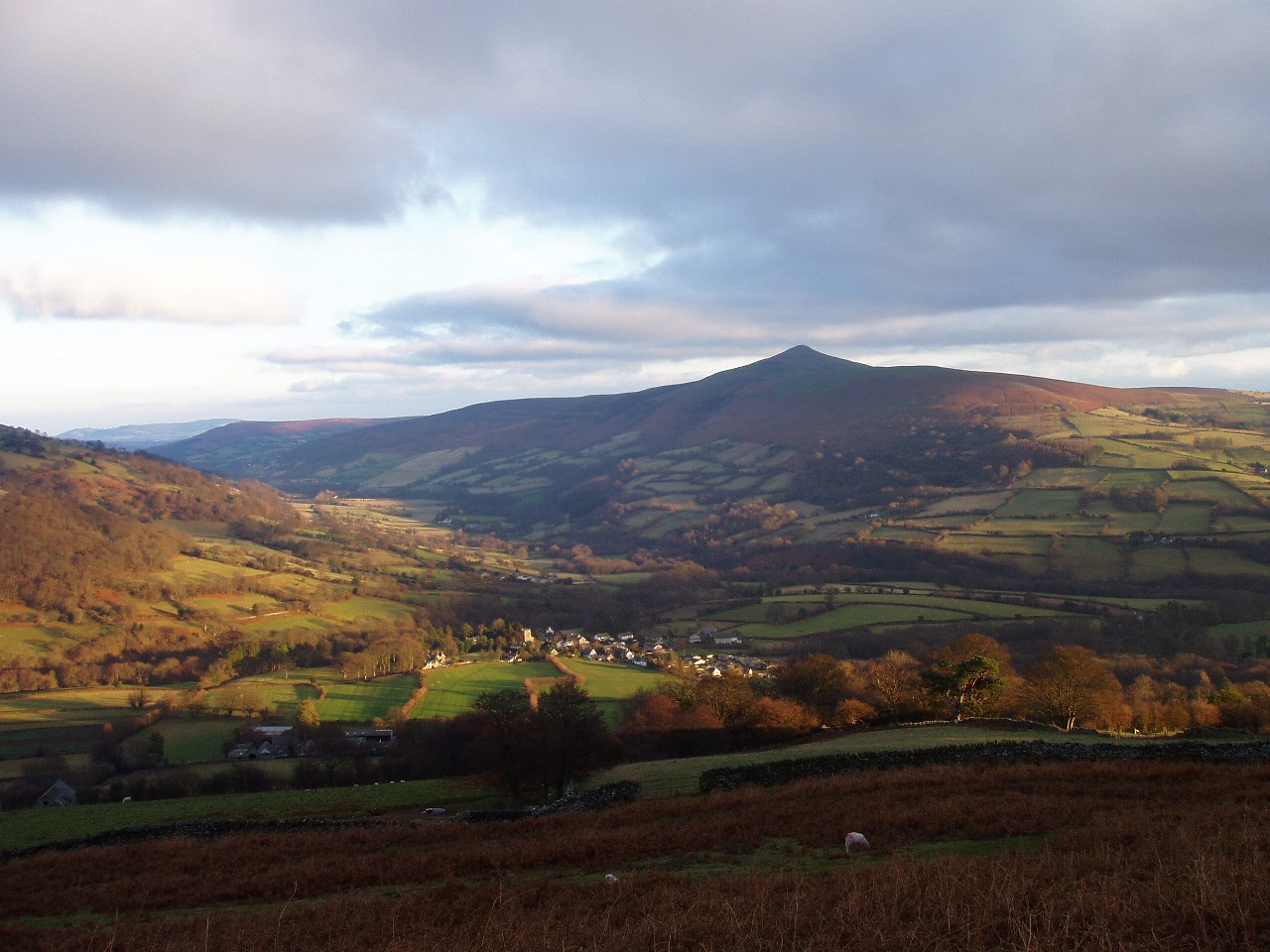 Photo: en.wikipedia.org
Whether you believe a UFO crashed or not, the actual story is that residents heard, at least one, possibly two loud explosions followed by earth tremors and rumbling which lasted for around five seconds. The villagers, peering out of their windows and running out into the street to identify the source of this sound, looked up to the the Berwyn Mountains where they saw a mysterious white light above the mountains.
The local police force were inundated with calls from eye witnesses who believed the explosions and lights were the result of a UFO which had crashed into the side of Cadair Berwyn.
In the following days there was a large police and military presence in the area, the road to the mountain was closed and farmers were banned from working nearby land. Although searches were undertaken, the police say nothing was ever found on Cadair Berwyn that night.
Several years after the incident, UFO researcher Tony Dodd claimed that information was leaked to him by an anonymous informant who said he was part of a military unit that was brought in to deal with the crash.
Soon after the event the informant and four others soldiers were sent to the village near the crash site, and ordered to collect "two large, oblong boxes" and deliver them to a government science park in Wiltshire, called Porton Down. A site in Wiltshire that has been the centre of the UK's chemical weapons research for 100 years.
The informant claims that upon arrival at the base the boxes were opened and they were shocked to see the dead bodies of two humanoid creatures, each about five to six feet tall and "so thin they looked almost skeletal." The informant went on to say the "the creatures were clearly not of this world."
According to Dodd's his informant later rejoined other members of his unit, who said they had also transported alien bodies to Porton Down but say their cargo had still been alive.

It may have been widely debunked, or at the very least be unproven, but former classified documents released by the Ministry of Defence show that they took reports of an alleged extraterrestrial event which took place in Suffolk in 1980 very seriously.
The incident involved three military personnel who reported seeing unexplained flashing lights and a triangular shaped object near RAF Woodbridge in Rendlesham Forest. They claimed the object was silent and had markings like hieroglyphics on the side.
The next night Lieutenant Colonel Charles Halt went to investigate the disturbance, he took a dictaphone with him and recorded the incident. You can hear the complete audio from the night above.
According to Halt, three UFOs were seen in the sky, the brightest of these hovered for two to three hours and seemed to beam down a stream of light from time to time. It seems ufologists have come to the conclusion that these were UFOs which had returned to the skies above the forest looking for their missing downed craft.
They believed that the beam of light was an alien search light and claim it focussed its beam on the Woodbridge base, thinking this might be the most likely location the craft had been taken to.
Tags:
ufo