This article is more than eight years old and was last updated in October 2021. 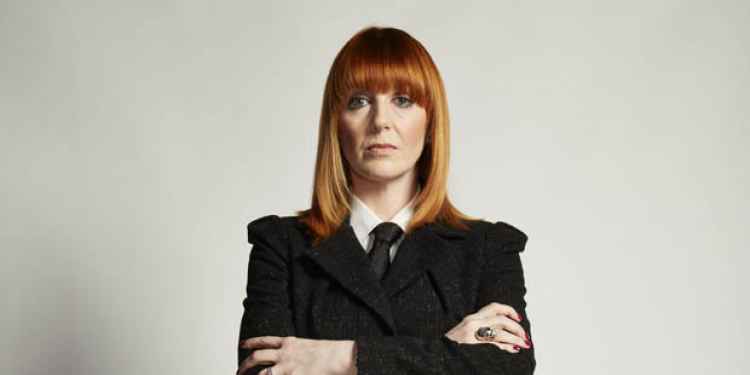 Multi-award winning broadcaster UKTV has today announced the exclusive TV premiere of a brand new ten-part series of hit ghost hunt show 'Most Haunted', coming to its entertainment channel, Really.
For twelve years Most Haunted, produced by Antix Productions, has captivated audiences around the world, shooting over 180 episodes and producing over 500 hours of live television in reputedly haunted locations.
Show host and paranormal expert, Yvette Fielding, said, "this is without doubt our best series yet. We are so pleased Most Haunted has found its exclusive new home on Really - the home of paranormal programming."
Producer and director, Karl Beattie, added, "television was too quiet without Most Haunted so we answered fans' calls and brought it back. And where better for it to be than Really? Really has fully immersed itself in this genre and does it better than any other channel, so we are proud to be working with them."
The new series follows Really's live-streamed ghost hunt on Halloween last year. The talked-about event, which was hosted by Fielding in a notoriously haunted 16th Century Tudor house in Surrey, was exclusively streamed on the Really website, driving page views to more than 100,000 and generating thousands of tweets which kept the hashtag trending on Twitter all evening.
UKTV's free-to-air channel Really has established paranormal programming as a key content pillar, dedicating Thursday nights to the genre. Most Haunted will join a host of spectacular shows including Ghost Hunters, Paranormal Witness and new US import Killer Contact.
Throughout the spine-chilling new series the team investigates purported paranormal activity in locations across the UK including The Royal Court Theatre in Lancashire and Sheffield's National Emergency Services Museum. The crew explores brand new territories, as well as revisiting some old haunts, discovering new phenomena that defies belief.
The series features gripping celebrity specials, including one with Ben Foden and the England Rugby Team, in which a player is given some information on a Ouija board that he will never forget. In another, award-winning Welsh heavy metal band Bullet for My Valentine attracts animosity from a poltergeist.
The deal was brokered by UKTV's Acquisitions and Co-Productions Manager, Emma Sparks and Antix Productions' Karl Beattie. The new series will premiere in August this year.
Emma Sparks added, "this stand-out genre classic will captivate our viewers, who continue to be fascinated by the supernatural. Schedule staples such as Paranormal Witness and Ghost Adventures perform exceptionally well for the channel, drawing high viewing figures and encouraging a huge level of digital engagement."
UKTV, whose network of 10 channels attracts over 42 million viewers a month, recently reported record viewer ratings. The broadcaster's popular entertainment channel Really contributed to this success, with share up 16% year-on-year. Three quarters of the channel's best performing content in Q1 of 2014 is paranormal programming, with Ghost Adventures recently peaking at 251k (up 111% on slot average), Paranormal Witness averaging 207k (up 54%) and Haunted Collector S2 averaging 185k (up 59%).