Noah: The Time Traveller Who Fooled The Internet Reveals All 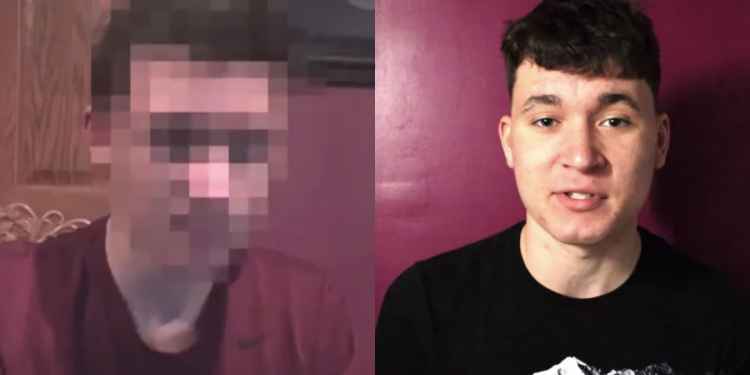 Photo: youtube.com
A boy who fooled the internet has come clean and revealed how he made hundreds of dollars pretending to be a time traveller from the year 2030.
He called himself Noah and he's easily one of the most talked about people online in the last couple of years, even though most people have never seen his face. The alleged time traveller, who always appeared with a blurred face, even took a lie detector test during an interview on the YouTube channel ApexTV and he created headlines around the world, notching up millions of views on YouTube.
Now Denis, the teenage boy behind Noah had come clean, "they're all fake. I never had a chip in my wrist. I never had a real lie detector test. I never met my future self. And I never had a video from the future."
In a series of videos posted on YouTube, Noah claimed to be stuck in our time, after travelling to 2030. In the clip he revealed secrets about the future, making claims on future world leaders, technologies we could expect to be using in the next decade ,and even predictions about global conflict.
The famous viral time traveller, whose real name is Denis Bel, posted a 10 minute long video confession on his new YouTube channel. He opened the clip by saying, "I cannot believe I'm making this video. It's absolutely insane that I'm actually recording this and I'm actually saying everything, finally. It's been so long."
Denis first took on the role of Noah in an ApexTV video at the end of 2017, now he feels it's time to come clean, and for the first time his face isn't pixelated in the video. Denis confesses, "well, it's all fake. If you haven't guessed already... I'm not an actual time traveller."
The multi-million-viewed teen explains how it all started. He says, "it started when I was 14-years-old, I was an obsessive YouTubers and was posting comedy videos on my channel nearly every day. Eventually it led me to become friends with the owner of ApexTV and that's where it all started."
At this time time traveller videos were already popular on ApexTV, and "Noah" was paid to play the role of a newly displaced time traveller in order to capitalise on the trend. The first video instantly became a hit, reaching 60k views by the end of the first day.
Denis awoke the next morning to find his alter-ego, Noah, had been shared by news channels around the world and Noah had truly gone viral. From here the video's viewing figures sky rocketed. Based on the success of the first video, Denis and the ApexTV team continued making videos featuring Noah.

"I was scared every day that people were going to find my home address."
Denis Bel
But, eventually playing the role of a rogue time traveller started to take its toll on Denis. With millions of views comes a lot of scrutiny. While some were convinced Noah's story was genuine, others tried to uncover Noah's true identity. As people got closer to the truth, Denis started receiving hate and death threats.
In his video confessional, Denis said how he was scared obsessive viewers of the video would eventually track him down. He said, "I was scared every day that people were going to find my home address, visit me, or find my school and start calling in there."
Even though the time traveller videos were clearly intended to be nothing more than a fun work of entertainment, Denis said he felt that he was being labelled a fraud and a liar, and thought people wanted to punish him for it.
Denis revealed that he's decided to finally come clean due to the stress of keeping the secret. He said, I can't do this stupid character anymore. I have to get rid of this looming threat that's above me. I don't want to be Noah the time traveller for the rest of my life."
"Noah" said that at one point ApexTV had asked him to sign a non-disclosure agreement that would have prevented him from ever being able to talk about Noah, and he was sick of it. 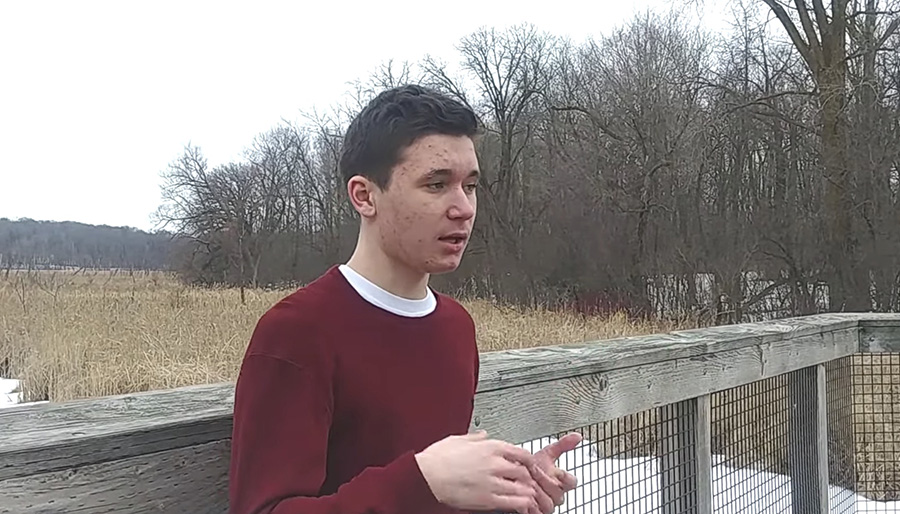 Photo: youtube.com
The YouTuber proudly states, "my name is Denis Bel, I'm 16 and I love doing YouTube videos." He ended the video with an apology, "I'm sorry to everyone who believed my false information and my videos. I was younger, stupid and less mature."
Is this the last we'll hear of Denis? We hope not. "I've always wanted to do YouTube," he said, "I don't want to do anymore time traveller videos." It seems Denis' plan is now to continue posting videos on his own YouTube channel.
Add A Comment
Tags:
time traveltopical