'Paranormal Activity' Set To Return With 7th Movie In 2022 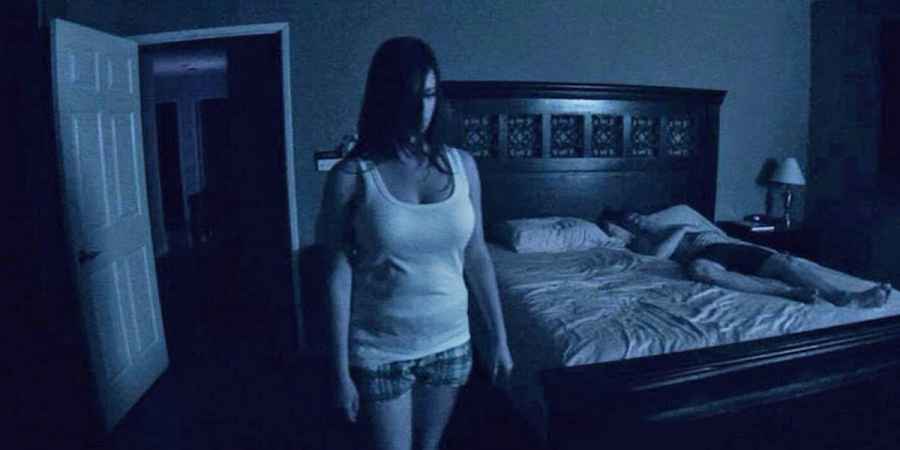 We all thought Tobi, the evil demonic presence that wreaked havoc in the 'Paranormal Activity' movie series, was long gone after the events of 'The Ghost Dimension'.
The 2015 supernatural horror, 'Paranormal Activity: The Ghost Dimension' was the sixth movie in the genre-defining film franchise, but we were told at the time that it served as the series' finale.
However last year Paramount Pictures announced that 'Paranormal Activity' would live on with a seventh movie.
Although not much is known about the upcoming film, this month a little more information has emerged. That being a release date. It's expected that the as yet untitled seventh 'Paranormal Activity' movie will get a cinema release in March 2022.
The next chapter in the franchise is being developed by Paramount and Blumhouse. It's been confirmed that writer and director Christopher Landon will return in a consulting capacity, but details of the plot are still under wraps.
Many fans of the series will be pleased with the news that 'Paranormal Activity' will be given a second chance at a finale, after the last attempt received generally unfavourable reviews according to Metacritic.
The original six movies tell the story of a sinister demon named Tobi. The story unfolds in a "found footage" style in a series of video tapes, home security camera recordings, and digital recordings.
The first 'Paranormal Activity' was released as a micro-budget film in 2007 and follows the weird goings on at Katie and Micah's house as a demon entity seemingly grows in power and torments them. It was hugely successful and went on to gross almost $200 million worldwide.
In 2010 the second movie was released as prequel. 'Paranormal Activity 2' shows us what Katie's sister Kristi was going through in the two months leading up to the story of the first movie. While the third takes us further back in time to the early-90s when Katie and Kristi were kids. 'Paranormal Activity 4' takes place after the original movie and develops the story further.
It was originally intended that the series would concluded with the 2015 movie, 'Paranormal Activity: The Ghost Dimension', which takes place seven years after the events of the first movie and ties up a few loose ends and unanswered questions.
Cinema-goers were convinced after watching the last movie that Tobi had vanished from our realm, at least in the present day.
The movie concluded with a dramatic cleansing ritual performed by Father Todd, and although the demon strangles him, the family at the centre of the film attempt to complete the ritual and it all goes wrong. In the final moments of the film we see Tobi has taken human form but is living in the past, back in the time when young Katie and Kristi were young.
Since the movies in the franchise do bounce around in time, and to date two have been prequels to the original movie, we don't know if the upcoming seventh movie will be a true sequel, a prequel, or just a story set in the same universe, like the 2014 Latino spin-off, 'Paranormal Activity: The Marked Ones'.
Add A Comment
Tags:
paranormalmovieshorrortopical