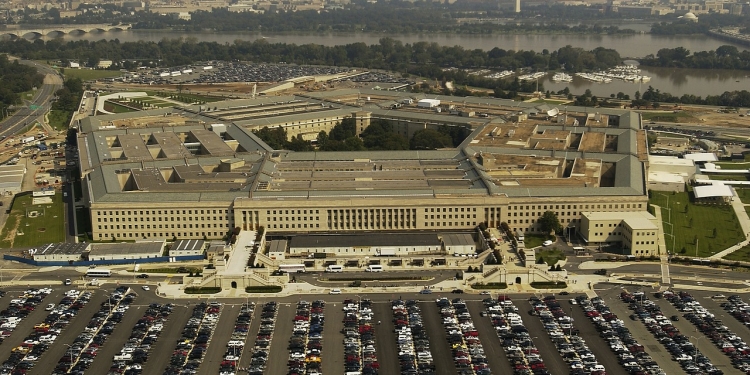 Photo: pixabay.com
It's not the first time we've heard this story, the US government researching unidentified flying objects, but what makes this recent story more unbelievable is that the programme only came to an end in 2012.
The most famous of these research programmes was Project Blue Book which was started in 1952 by the Air Force. The files from Blue Book concluded that most UFO sightings have rational explanations such as stars, unusual cloud formations, or regular aircraft.
When Project Blue Book was shut down in 1969, the Air Force secretary at the time said that it "no longer can be justified either on the ground of national security or in the interest of science."
But despite this, incredibly almost 40 years later in 2007, an almost identical project was launched by the Defense Intelligence Agency. The Advanced Aerospace Threat Identification Programme has been hidden from the public until the questions was raised by the New York Times.
In fact, only a small number of Government officials were said to have been made aware of the programme, which operated with a budget of $20 million until 2012.
Defense insiders have said that the budget assigned to the project was almost impossible to spot in the Defense Department's $600 billion annual budget.
The aim of the project, which was run from the fifth floor of the Pentagon's C Ring, was to investigate sightings of strange speeding aircraft and hovering objects in the skies above the US. They were looking for reports of aircraft which were said to have been moving at very high speeds with no visible signs of conventional propulsion, or objects that hovered with no apparent means of lift.
Most of the research was carried out by a Las Vegas-based aerospace research company run by the billionaire entrepreneur, Robert Bigelow, who is currently also working with NASA to produce expandable craft for humans to use in space.
As well as interviewing military personnel who had reported sightings of strange aircraft, the company also stored metal alloys and other materials, which they believed had been recovered from unidentified aerial phenomena. The alloys were stored in a specially modified buildings in Las Vegas.
In a television interview earlier in the year, Bigelow said he was "absolutely convinced" that extraterrestrial life exist and that aliens have visited Earth.
However, some believe that the programme may have been set up to monitor the military capabilities of foreign rivals, perhaps to identify new propulsion systems used by countries like China or Russia.
The Advanced Aerospace Threat Identification Programme was started by Harry Reid, the former senator for Nevada. He told the New York Times, "I'm not embarrassed or ashamed or sorry I got this thing going. I've done something that no one has done before."
"If anyone says they have the answers, they’re fooling themselves," he later said on Twitter, "we don’t know the answers but we have plenty of evidence to support asking the questions. This is about science and national security. If America doesn’t take the lead in answering these questions, others will."
The Pentagon released details of the project to the New York times, including a video which showed an encounters between a US Navy F/A-18 Super Hornet and an unidentified black aircraft surrounded by a glowing aura. The object was traveling at high speed, rotating as it moved.
Add A Comment
Tags:
unexplainedufostopical